UM Rebels Have No Margin for Error 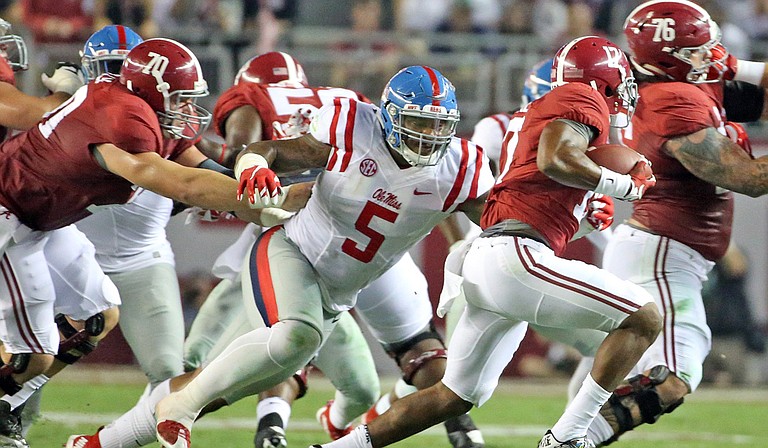 Last week was one of the wildest college-football weeks in recent memory.

One of the craziest moments was at the Liberty Bowl in Memphis, Tenn. The University of Mississippi Rebels' playoff hopes went up in flames as a New Year's Six Bowl became in reach for the University of Memphis Tigers.

This year began with the Rebels being the talk of college football after ringing up 70-plus points in two straight games at the beginning of the season. Next, Coach Hugh Freeze led the Rebels past the University of Alabama for the second time in a row.

Then, only a week later, UM fans were left scratching their heads after the Rebels barely got past Vanderbilt University, although many argued that it was because the team was still recuperating after its vicious bout with Alabama.

It seemed like the Rebels would have few problems against the University of Florida, which was lucky to be undefeated when the two met in the fifth game of the season. Instead, Florida whipped UM in every phase and was more physical than the Rebels, who had enjoyed pushing everyone around the prior four weeks. The Gators completely dominated UM as they handed the team its first loss of the season.

New Mexico State University didn't stand a chance against the Rebels the next week, and its outcome set up the showdown this past Saturday between UM and the Memphis Tigers.

Things got off to a nice start with a 14-0 lead for the Rebels after the first quarter. Then, things began to turn. In the second quarter, star defensive tackle Robert Nkemdiche suffered a concussion while running the ball on offense. That injury took the life out the team on both sides of the ball. The Tigers scored 31 unanswered points en route to their 37-24 win over the University of Mississippi. Before everything was said and done, Memphis had owned the Rebels.

Nkemdiche won't be playing on offense when he returns at some point this season, and you have to wonder if Freeze was ever right to put him on offense for any plays.

Unless a whole bunch of teams start losing, UM's playoff hopes are gone. If you add the fact that games against Texas A&M University, Louisiana State University and Mississippi State University remain, you see that winning the SEC West might not happen, either.

University of Mississippi owns a win over Alabama for the head-to-head lead, but now the margin for error is zero. The Memphis loss didn't hurt chances for the SEC West title, but it did ruin national championship hopes. If UM happens to lose again in SEC games, finishing the season with three or more losses, it may feel like this team under-achieved. There are too many first-round draft picks for the Rebels to not be in contention for the West title this Thanksgiving.

The Rebels have the same record as Mississippi State, although the Bulldogs don't have a win as big as Bama. All the hype surrounding the Rebels will be gone if Texas A&M beats the Rebels this weekend.

Sports Fact of the Week

The idiom "hands down" originally referred to when a jockey would relax his hold on the reins and lower his hands when he was far enough ahead of the competition that winning was a sure thing.