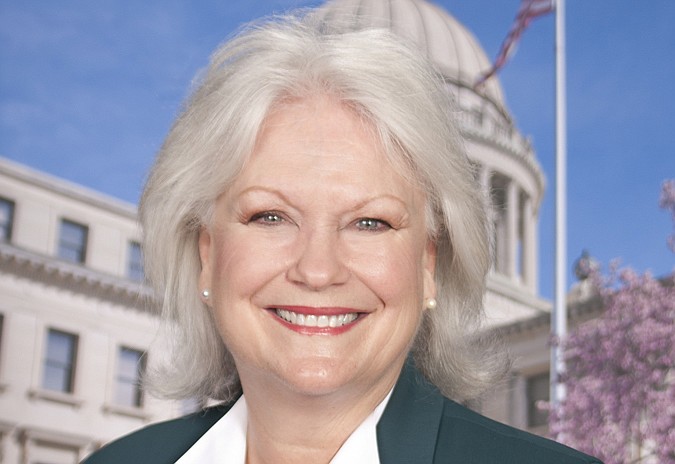 Sen. Nancy Adams Collins' defeat in the Republican primary in August raises questions about whether it's a successful long-term strategy to appeal to the most conservative elements of the GOP, even in Republican-dominated Mississippi. Photo courtesy Mississippi Senate

JACKSON, Miss. (AP) — Two state senators with proposals that grabbed headlines and divided their colleagues are not returning to the Mississippi Capitol next term.

Sens. Nancy Adams Collins of Tupelo and Phillip Gandy of Waynesboro were both defeated in the Republican primary in August. Their defeat raises questions about whether it's a successful long-term strategy to appeal to the most conservative elements of the GOP, even in Republican-dominated Mississippi. Trying to appeal to the most liberal elements of the Democratic Party has long been a no-win strategy for most candidates in the state.

The bill was sharply criticized by the representatives of the American Civil Liberties Union and a gay-rights group, Human Rights Campaign, who said it could lead to anti-gay discrimination by businesses.

This year, Collins sponsored Senate Bill 2807, known as the Iran Divestment Act. It would have prohibited state and local governments from doing business with any firm that sells at least $20 million of goods or services to Iran's oil and gas sector. Collins said she introduced the bill at the request of Israeli Prime Minister Benjamin Netanyahu after she and Bryant visited Israel.

While several other states have enacted similar bans, some Mississippi lawmakers raised concerns that Collins' original proposal could hurt the state's working relationship with Toyota Motor Corp. or its subsidiaries. Critics also questioned whether debating foreign policy was a good use of time by state legislators whose primary responsibilities are for budget and policy questions in the land mass that Louisiana, Arkansas, Tennessee, Alabama and the Gulf of Mexico border.

"This is another example of out-of-state interest group legislation that has not been fully thought out, and after scrutiny, turns out to be bad for Mississippi," Sen. David Blount, D-Jackson, said in February.

Collins' bill died in the Senate, but similar measure, House Bill 1127, made it through both chambers. Bryant signed it, and it became law July 1.

Collins was elected to the Senate from Lee and Pontotoc counties in January 2011 to fill a vacancy after fellow Republican Alan Nunnelee of Tupelo moved up to the U.S. House. For the four-year term that started in January 2012, Republican Lt. Gov. Tate Reeves named Collins chairwoman of the Senate Accountability, Efficiency and Transparency Committee.

After Nunnelee died of cancer early this year, Collins ran unsuccessfully in a special election to fill his congressional seat. Then, in the Aug. 4 Republican primary, she lost the state Senate seat to Chad McMahan, an alderman in Guntown. He is unopposed in the Nov. 3 general election and will start a four-year term in January.

Gandy was elected in November 2011 in a district in George, Greene, Stone and Wayne counties. Reeves appointed the freshman senator as chairman of the Senate Ethics Committee.