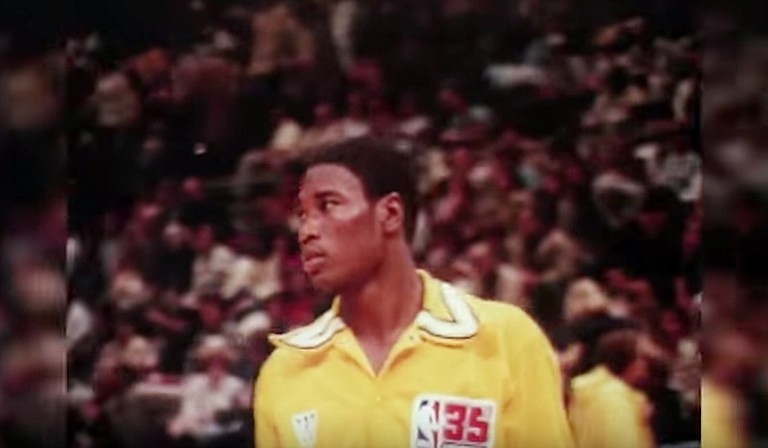 Every year, when the Mississippi Sports Hall of Fame and Museum announces another Hall of Fame class, it is filled with well-known sports personalities from around the state, but it also brings a renewed spotlight on players and coaches that younger generations may have missed.

Smith was born in Rolling Fork, though his family later moved to Hollandale, where he became a standout athlete at Simmons High School. When Smith graduated from high school in 1976, he was the salutatorian of his class.

The 6-feet, 8-inch and 215-pound power forward blossomed under the tutelage of legendary Alcorn State coach Dave Whitney. He became known as a relentless rebounder and a prolific scorer for the Braves.

One of the biggest moments for Smith at Alcorn State came during the 1979 National Invitation Tournament. In the first round of the NIT, the Braves met Mississippi State University in Starkville.

The 1979 Alcorn State basketball team might be the best in school history. Those Braves went 27-0 in the regular season and averaged 92.3 points per game.

Alcorn State had five players that averaged double digits scoring per game and Smith, who averaged 17.6 points per game and 13.7 rebounds per game, led them. The 27-0 record earned the Braves a spot in the 1979 NIT, but they weren't eligible for the NCAA Tournament that season.

Smith and Alcorn State took down Mississippi State University 80-78, which made ASU the first historically black college or university to win in the first round of the NIT. The Braves took eventual champion Indiana University to the limit in the next round before falling 73-69 and being eliminated from the tournament.

While the 1979 season might rank as the best one in Alcorn State history, many Braves fans could make the argument that the 1980 season was even better. In his final season in Lorman, Smith led the nation at the Division I level in rebounding with a 15.1 average per game. Smith also led the Braves in scoring with 20.1 points per game. He helped lead ASU to a 23-1 record and berth in the 1980 NCAA Tournament.

Alcorn State received an eighth seed and faced ninth seed the University South Alabama. Smith's 17 rebounds and 18 points led the Braves to a 70-62 win over the team.

That victory made Alcorn State the first HBCU to win an NCAA Tournament in a first-round game. In their next game, Smith and the Braves gave the No. 1 seed LSU all they had before bowing out in a 88-98 loss.

In 1980, the Golden State Warriors selected Smith in the first round of the NBA Draft with the 24th overall pick. He spent 1980 and '89 with the Warriors, playing for a team that made the NBA Playoffs just twice during his time there and never went higher than a fifth seed. Being on the west coast before cable TV and playing for a bad NBA team meant younger kids missed out on the greatness of Smith in the NBA.

He was named to the 1981 NBA All-Rookie Team as he grabbed a career-high 12.1 rebounds per game with 9.6 points per game. His relentless rebounding style earned him the nickname "Mr. Mean," as he finished his NBA career with a 9.2 average in rebounding.

Smith finished with 8,125 career rebounds and finished second in Golden State team history in rebounding behind Nate Thurmond and Wilt Chamberlain. During his 13-year NBA career, Smith also played for the Houston Rockets (1989-1992) and the San Antonio Spurs (1992-1993).

He went into coaching after his NBA career and even became a part of the Rockets' back-to-back championships in 1994 and 1995. He coached that team, the Atlanta Hawks and the Los Angeles Lakers in the NBA.

Smith returned home to Alcorn State to lead the Braves as their basketball coach from 2008 to 2011. He finished with a 12-78 record before moving to his current position as director of athletic development for Alcorn State.