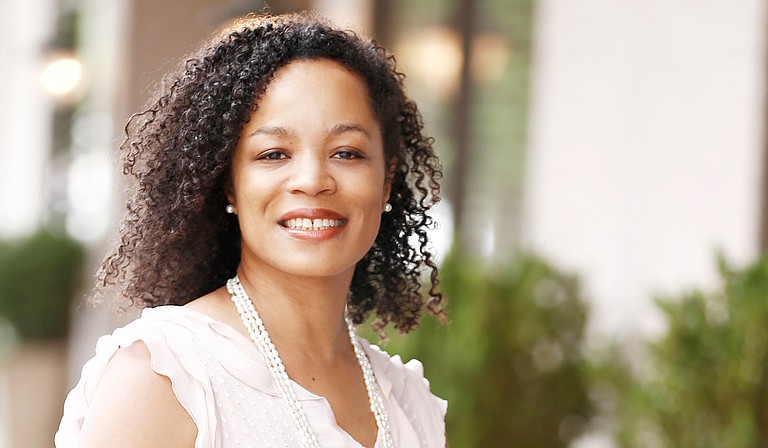 Shonda McCarthy Simmons, who goes by Shon, believes that it is important for her students at Hazelhurst High School to understand that art, literature, math and history are all related.

"I actually use art as a tool to trick them into understanding that language arts and writing are fun," she says. "When you have a business, you have to write your press release or your advertisement. That involves language arts; it's not a difficult thing to do. If you can speak it, if you're texting it, you can do it."

The art teacher says she teaches her students that an understanding of geometry, general math and history all play important parts in owning a business.

Many of Simmons' former students have managed to integrate the skills and opportunities she has equipped them with into their own businesses. One student, Timothy Young, whom she taught when she was at Northwest Jackson IBMYP Middle School from 2011 to 2014, now has his own business, where he designs T-shirts and custom-made tennis shoes. Simmons recalls another student, Kayla Love, who, with the help of her mother, has an Etsy shop where she sells cellphone covers.

"That's really exciting," Simmons says. "... I show them how you don't necessarily have to rely on the mall or a fast-food restaurant in order to have revenue coming in. ... It's important that the youth realize that they don't have to be my age (to create).  "You can create what you want now."

Simmons attended Bailey Magnet High School in 1992 and graduated from Millsaps College with a bachelor's degree in political science with a minor in art in 1996. She received her master's degree in arts and education from Jackson State University in 2014 and has been teaching at Hazelhurst since August 2014.

Along with teaching, Simmons is a homeless-student liaison. "(Jackson), is a goldmine, and we don't realize it," Simmons says. "I had to move away from home (in 1999) and live in New York for 12 years to realize how great a place this is." Other than the ample opportunity, Simmons moved back to Jackson because she found the environment more conducive to raising her son, Cody, who is now 6 years old and attends Jackson Academy.

While in New York, Simmons owned a popular boutique, Lolli by Reincarnation, where she designed and created what she sold. Celebrities who purchased her items included, among others, Lindsay Lohan and Cameron Diaz. She currently sells items through her Etsy shop, Skyscrapersandtrees. This winter, she will teach a course on developing a fashion line for Millsaps' enrichment program.