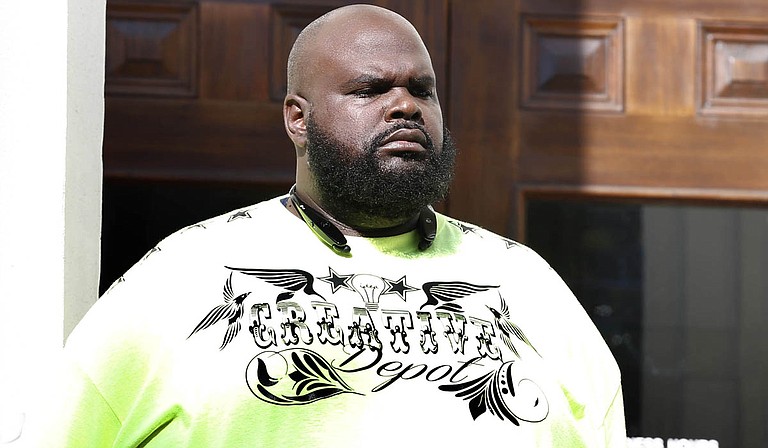 Terrance Smith Jr. says he can meet with a city official because of the network he has built over time as the owner of Creative Depot, now at 931 U.S. 80 West in Jackson, which screen-prints T-shirts. In all, Smith has been in the T-shirt business for two decades.

Still, he explains, it can be a slog to navigate the city's bureaucracy for getting help as a small-business owner and shudders to think how daunting it is for people who want to start a business but lack connections.

Smith, 42, thinks the City of Jackson should better lay out the process of opening a business, including how to apply for business licenses, arrange a meeting with economic-development officials and how to do business with the City, especially if you're based in Jackson. In his view, Jackson-headquartered companies also should receive a leg up in awarding of city contracts.

"If you're doing work for the City, you need to be in the city. That's how to get your money rotating back into your community," Smith told the Jackson Free Press.

Smith was one of three dozen business owners and clergy members, some of whom are also business owners, who gathered in front of City Hall on Sept. 30 to charge that infighting among city officials has thrown Jackson into economic paralysis.

In recent weeks, the City has batted around a number of high-dollar contracts, most notably a multimillion-dollar deal to haul sludge from a wastewater treatment plant. Both companies that bid on the project had locally based minority-owned partners: Fisher Construction is a partner of Baltimore-based Synagro, while Socrates Garrett Enterprises Inc. is the local partner of Arkansas-based Denali Water Systems. That contract remains tabled and under consideration amid controversy over the proposal evaluation process.

On Oct. 6, the city council voted to send documents related to the contract-awarding process to the Mississippi offices of the attorney general, state auditor and ethic commission for a review. Mayor Tony Yarber has said that no contractor receives preferential treatment from his administration.

"We demand that any personal agendas come off the table," said Pastor Dwayne Pickett of New Jerusalem Church at the City Hall press conference.

Pickett said every day that officials don't act, the City is "falling farther behind." In terms of the sludge deal, Jackson's consent decree with the U.S. Environmental Protection Agency requires the City to remove the 304,000 wet tons of bio-waste now being stored at the sewage plant. If the waste is not removed by Jan. 1, 2018, city taxpayers will be assessed daily fines.

Pickett continued: "The state of our city requires that we initiate strategies to save our businesses and improve the quality of life of our citizens. We can no longer sit idle while business choose to locate outside of our city limits, further eroding our tax base."  Jackson is a majority-black city, where 73 percent of residents are African American. While Jackson's unemployment rate of 5.5 percent is lower than the rest of the state's, black Mississippians are more than twice as likely to be unemployed than whites. Yet, even in a majority-black city with pockets of black wealth and where African Americans hold political power, ministers and business owners said white-owned firms get a "lion's share" of large general contracts and minority firms can only get "nickel and dime" subcontracts.

James Covington, owner of an information-technology and consulting business, believes that many minority firms that often get subcontracts have the expertise to be prime, or primary, contractors.

Covington, whose firm had the subcontract to develop a new customer care and billing system for the $91 million Siemens contract, said firms like his can help younger business owners grow their capacity as long as they're willing to pay their dues.

"There was a lot of failure—you ruin your credit, you ruin your marriages, all those things for the sake of building the black business class," Covington told the Jackson Free Press.

Covington added that the City should consider updating its disparity study, an evaluation of discrimination in an organization's procurement procedures. In July, the City took the first step by adopting an ordinance that Ward 6 Councilman Tyrone Hendrix pushed to require a disparity study every five years. The next step is to hire a company to complete the study, which could cost $100,000, a sum that could be covered with a portion of a $958,000 settlement from the 2010 BP oil spill.

"The council and the administration have a commitment to minority-owned businesses. I think it's important to have that here in the city. The problem comes in where minority businesses don't get notification of proposals and feel disconnected from the process," Hendrix said.

He points to North Carolina's Charlotte-Mecklenburg metropolitan region, which conducted disparity studies in 2003 and 2011. Consultants in that city found that one-third of minority and woman-owned businesses were never solicited for contracts outside of the city's Small Business Opportunity program.

In addition, a quarter of minority- and woman-owned businesses said "there is an informal network that excluded their firms."

Armed with such hard data, Hendrix believes that Jackson could see to it that more business goes to minority businesses and that growth could mirror that of Charlotte, one of the nation's fastest-growing cities.

"It's pretty hard out there for a young business starting up when you don't have a track record," said Robert Bell, co-owner of Bell Brothers Inc., a heating and air-conditioning business in Jackson. "We just want an opportunity to build a track record."