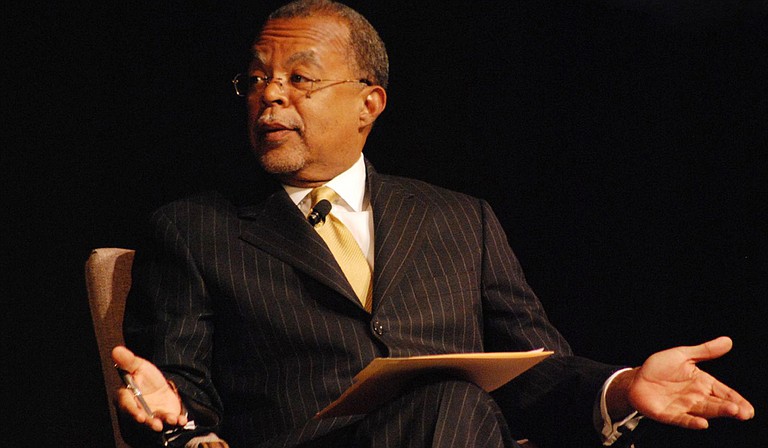 Popular culture is always somewhat removed from a society's intellectual vanguard. Still, recognizing that gap does not dampen the irony that one of the most prominent transmitters of African American history and culture alive today—Henry Louis Gates Jr.—is more widely known for being arrested on suspicion of breaking into his own home than for his life's work.

After writing 17 books, producing 14 documentaries, and his decades of behind-the-scenes work building black entrepreneurial and educational opportunity, Gates is known to most Americans as the guy Obama invited to have a beer at the White House in 2009, after a Cambridge, Mass., neighbor and cop mistook Gates for a burglar.

One might expect such a high-profile persona to have an ego or hold a grudge, but in conversation and in his writing, Skip—as he's known to many—Gates comes off as both humble and grateful. A West Virginia native, he transferred to Yale in the mid-1960s. In New Haven, Gates, became the first African American awarded an Andrew W. Mellon Foundation fellowship in Cambridge, England, where he was also a correspondent for Time magazine.

Over the years, Gates has taught at Yale, Cornell and Duke and is director of the Hutchins Center for African and African American Research at Harvard, where he has taught since 1991. He is editor-in-chief of The Root, a daily online magazine focused on issues of concern for black Americans, and host of "Finding Your Roots," a PBS series.

"History will have to decide about the nature of the contributions, but both have given me enormous satisfaction," Gates said about his work in academia and journalism. "My life feels blessed. If the Lord gives you a temperament and personality, a skillset and a set of interests like mine, then I think it's natural to look for two different sets of outlets for your creative work"

Gates will give this year's Medgar Wiley Evers Lecture on Oct. 13 at Galloway UMC in downtown Jackson. The event will begin at 7 p.m., and is free and open to the public. Gates recently spoke to the Jackson Free Press about his life's work, his upcoming lecture in Jackson and the perils and promises of black life in America today.

So is there one particular aspect of your work you'll be highlight for us at the upcoming Medgar Evers lecture?

I love making films, and I'm going to be talking, in a very autobiographical way, about how I fell in love with genealogy when I was 9 years old. And little did I know that day that it would become a film series that would reach millions of people and would help to contribute to this revolution in ancestry tracing through the paper trail and through DNA.

It gives me an enormous amount of satisfaction because my overall mission is to show that despite our apparent differences we are all fundamentally the same, fundamentally related. Our ancestors came out of Africa 50,000 years ago and our DNA is 99.95 percent identical. I'm hoping that it can be a contribution to human understanding and inter-ethnic harmony as we realize that we have the fundamental genomes, that we're all the same. That the biblical story of Abraham... if you look at the genetic makeup of Israelis and of Arabs in the Middle East, biologically, they're cousins just like the Bible says, and that's amazing. So the Evers lecture is about genealogy, genetics and (how that relates to) doing American history.

You've been very vocal about the way in which early political gains in things like affirmative action were important for opening up avenues for yourself. Have we seen progress or regress since your time coming up in terms of real opportunity at the highest levels for black America?

We've seen two paradoxical results (for black America) since the day Dr. King died. On the one hand, the black upper-middle class has quadrupled because people like me were able to benefit from affirmative action, which meant that historically white institutions like Yale, for example, or Harvard, where I teach, decide in 1968 to open up and diversify, and to let qualified students of color and women into the student body. Now all these years later, people like me and Ben Carson, who was my classmate...alongside a whole slew of lawyers, doctors, investment bankers, as a consequence of policies like affirmative action, we have this huge upper-middle class.  On the other hand, the percentage of black children living at or beneath the poverty line is about the same as it was the day Dr. King was killed. Nobody would've predicted that. Doesn't even seem logical—if the black upper-middle classes are growing, wouldn't therefore the lower classes diminish? But that's not how it happened.

We have more children being born out of wedlock in the black community today than ever, 72 percent. We have humongous prison populations. When I was at Yale in mid 1960s the average prisoner was a white man. No one can even imagine that now. So we have, for the black community today, the best of times and the worst of times. It's as if a schism of class has riven the community into two and no one seems to know what to do about it.

What was affirmative action's role in this?

Affirmative action, as my colleague (Harvard law professor) Lani Guinier puts it, was a class escalator for our generation. Now it's a way to perpetuate our class status through the generations. So I'm looking for political policies and governmental programs that can help move poor people and non-working people into the working class, and working people into the middle class. Remember, I'm from West Virginia ... and it's not exactly a hotbed of black culture. I grew up with white kids, and I know that the effects of poverty are colorblind. And I also know that the positive effects of employment opportunities are also colorblind... Most of the problems that we in this country attribute to race are really problems of class.

Think about it: in Mississippi, class and race were embedded in the property relation of a slave. Slavery was race and class combined into one heinous unit. But because the iconography and the symbolism to justify this economic order focused on race - that is, that black people were inferior, they were animal-like, lascivious, not as intelligent, meant by God—or nature—to be slaves, and so on—we spent a century dealing with the racial aspect of the race and class formula. Once we got the Civil Rights Act of 1964 and the Voting Rights Act of '65, within days of Lyndon Johnson signing the Voting Rights Act, the Watts riots broke out, and it surprised everybody....

But what we realized quickly was that the problems all along had also been economic. Other than the system adapting to diversify at the upper ends, with the upper-middle classes, we haven't ever really adjusted our analysis to figure out how we can improve the plight of poor people in America overall, and poor black people more specifically.   When you add the three-strikes-you're-out drug laws, the presence of crack cocaine, which was coterminous with that drug law, and we have huge prison population, we have severe economic problems plaguing such a large percentage of the black community. It's like there are two black Americas, not just one.

Black America is a country. Martin Delaney, often thought of as the father of the black nationalism, said that black America was a nation within a nation. [It's] the 33rd largest country in the world, if we're just going by the numbers, and we have to address it as a country within a country.

That's why my colleagues and I are...develop(ing) a curriculum... that will change the way we teach science, biology, evolution, social science and history to inner city poor kids, black kids. We'll have them all do their family tree so that they learn archival research skills which you and I take for granted but which are boring to these kids. We'll have them analyze their DNA and, after they've spat in the test tube and await their results, we'll teach them about what Watson and Crick were talking about with the double helix, how DNA works, and about the history of the slave trade.

That's what the larger purpose of my TV series is— to show that we're all united, that race is a convention and to inspire younger people to reignite the love of learning. When I was growing up in the 1950s, the blackest thing you could be was an educated man or woman, not a basketball player or an entertainer. I want us to get back to that, because far too many black kids think learning is white. And that's suicide in the 21st century.

That's why I think God put me on earth. And that's what I'm doing as long as I'm standing.

I know you've had a dual career as an academic and a journalist, with popular documentaries helping to establish your public voice. In which of those realms do you think you've made your greatest contributions? Which has given you the most satisfaction?

History will have to decide about the nature of the contributions, but both have given me enormous satisfaction. My life feels blessed. If the Lord gives you a temperament and personality, a skillset and a set of interests like mine, then I think it's natural to look for two different sets of outlets for your creative work.... My senior year (at Yale) I got a fellowship to go to Cambridge, the Mellon Fellowship. (Having written for the Yale Daily News), I immediately wrote to Time Magazine and asked for a summer job. They hired me as a correspondent in their London Bureau. So while I was at Cambridge for two years in residence, half the year I work would for Time and the other half I would be in Cambridge.

So my life as a scholar, which was born at the University of Cambridge, was coterminous with writing for Time magazine. I've had this dual identity, being able to participate in these two distinct discursive universes - the academic, for a limited audience, and a broader audience, Time magazine or whatever.

(The American historian John Morton) Blum had told me that I could either be a journalist or I could be a scholar, but I've tried to do both. It was only in the 1990s when the BBC approached me and asked me if I would be the host of a TV show, which had been my fantasy...so we did a series called "Great Railway Journeys" in 1995, and it was a hit. I rode on the trains with my two daughters, 12 and 14 years old, for 3,000 miles with the film crew, and we made a one-hour documentary. That was a hit, so they asked me to do a six-hour series called "Wonders of the African World," and that was fourteen documentaries ago!

I'm still doing both (journalism and scholarship), and then I have a third hat: the institution-builder. Last week I just published a very scholarly article in Critical Inquiry, which is the gold-standard journal of theory in my field, and it's about Frederick Douglass and his theory of photography. Douglass, during the Civil War, does four essays on photography. Who knew?

These are the three faces of my interests and skillset: the scholarly; using popular media to translate scholarly ideas to a general public, which is a mission for me; and finally, the entrepreneurial institution-builder. You would say any one of those careers is enough for a lifetime, and the Lord put me on earth for however much time I have, and it seems as if that's what fate wanted me to do. I've enjoyed every second of it.