UPDATED: 3rd Eye Music Festival Back on in Fondren After Negotiations 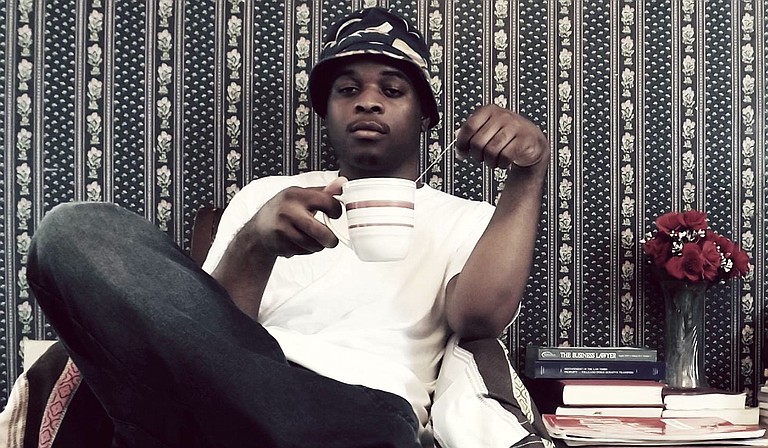 Corinthian Washington, lead organizer of the 3rd Eye Music Festival, is hopeful he can work out an agreement with the City of Jackson to allow the music festival to take place as scheduled Saturday, Nov. 14. Photo courtesy Corinthian Washington/Facebook

Update: The City of Jackson and the Jackson Police Department have agreed to keep 3rd Eye Music Festival at its original venue, Fondren Park, after addressing problems regarding security and the event's proposed end time. JPD will have a greater presence at the event, which will still take place Saturday, Nov. 14, from noon to 10 p.m.

Two days before the inaugural 3rd Eye Music Festival was scheduled to take place in Fondren Park, the event is in flux following a City of Jackson decision against the multi-genre event. As of press time, organizers continue working with the city officials to solve issues.

Corinthian Washington, the event's lead organizer, told the Jackson Free Press that after securing the necessary permits to use the park a month ago, he received a phone call Nov. 9 from city officials requesting a meeting.

At the meeting, Washington said Jackson Police Department Precinct 4 Commander James McGowan informed organizers that Fondren Park was not a viable location for the festival due to limited parking, a projected high attendance and a greater need for police presence. As of this morning, approximately 200 people had purchased advance tickets; Washington said McGowan suggested Battlefield Park as an alternative location because attendance could exceed 1,000 people.

McGowan could not be reached after two telephone calls to Precinct 4 headquarters this morning.

"Fondren was the place I wanted to do it," Washington said. "We could always move it to another location, but would people be satisfied with another location ... like downtown, which I might have done if we knew (Fondren was unavailable) from the beginning."

Shelia Byrd, a city hall spokeswoman, referred questions regarding 3rd Eye Music Festival to Brad Franklin, a marketing specialist for the City. (Franklin also occasionally writes columns for JFP). Franklin, a board member of the OurFondren Neighborhood Association and musician, has been involved with planning for the festival since shortly after its inception. He saw the event as a way to encourage young Jacksonians to promote the city's arts community.

Franklin also said he started seeing concerns about the festival on the neighborhood social network Nextdoor. Some users worried about the proposed noon to 1 a.m. timeline while others feared the possibility of crime at 3rd Eye.

Washington said he attempted to allay those concerns, offering to cut back on the number of performers and ending two hours earlier. He also said organizers made it clear to artists and ticket holders that 3rd Eye did not permit drug or alcohol use in the park and prohibited artists from performing songs containing explicit lyrics.

Franklin also intervened, saying he asked neighbors to call him directly before complaining to the City to help clear up any confusion. However, within the week leading up to 3rd Eye, Franklin said it became clear that much of the neighborhood didn't want to host the festival; during the Nov. 9 meeting, the City rescinded permission to use Fondren Park, organizers say.

"We have events like Fondren's First Thursday every month and Bright Lights, Belhaven Nights that people park down the streets and in front of houses for, and I don't know that they have the same level of complaints from the neighborhood," Franklin said. "The only discernible difference that I can see is because it was young, black kids organizing it and because hip-hop was involved."

Franklin says he hopes that 3rd Eye can find an alternative venue rather than cancelling the event altogether.

"I think the worst thing that could happen is for people to feel like they've won by having that event canceled," Franklin said. "... Even if I have to organize it myself through the City, get the City of Jackson stamp on it, we're going to have an event at Fondren Park. Everybody—white and black kids—should be able to use it. It doesn't matter whether it's hip-hop or rock or deejays, and that's one of the only parks in Jackson with a stage. We paid half a million dollars to build that park that has a stage and we're not going to use it?"

A few Fondren businesses, such as Hops & Habanas and Sneaky Beans, have offered their stores as potential venues, and organizers continue to search for a resolution. Washington hopes that Fondren Park will again be an option and that he won't have to reschedule the festival.

The festival will feature performances from hip-hop artists such as Dolla Black, Tlo da Champ and Silas, and rock acts such as Dream Cult, Rock Eupora and the Villetown Mountain Army Brigade.