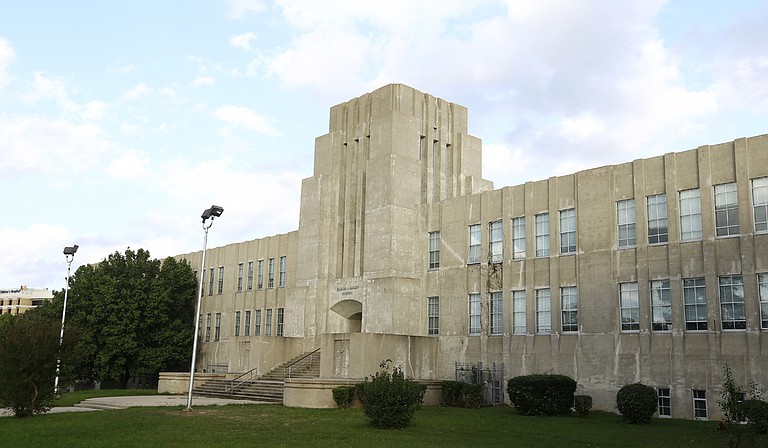 Small classes of Algebra I students at Bailey APAC Middle School and Northwest Middle School scored at or above the baseline—on the same test their peers took in high school. The two middle schools are the district's advanced schools with special programs, and schools test students for admission into both schools.

Both schools' principals from the last school year praised their algebra teachers for preparing students in an advanced manner because the Partnership for Assessment of Readiness for Colleges and Careers, or PARCC, assessments were more challenging than state testing in previous years.

Christi Hollingshead, the principal of Bailey APAC Middle School, said the teachers' persistence, meetings with parents, independent and after-school tutoring all combined to help students get ahead of heightened standards.

All middle-school students enrolled in Algebra I in JPS had to take the algebra exam, and students in other schools did not perform as well as the two advanced middle schools.

Chinelo Evans, chief academic officer of middle schools, said middle-school math courses have changed, with new College and Career Ready standards, which means that future high-school students are ahead of the curve.

"In all 13 middle schools, half of seventh graders are in a compacted (advanced) math course," Evans said. "And they all have Algebra 1 cohorts, so this is the first year for (that to happen)."

Students take more advanced math that prepares students for algebra called "compacted math courses" before taking Algebra 1, and because all JPS middle schools offer that advanced level of math, Evans is hopeful that future test scores will only improve, especially those of the younger students.

"I think this is the start of great things coming from Jackson Public Schools," Evans said. "Bailey and Northwest are just examples of a framework that is going on all around the district."

Overall, JPS students fared much better on English testing than algebra: 64 percent of students who took the algebra test did not reach the minimum standard.

More than 40,000 students around the state participated in the assessments, and almost half exceeded expectations on the English assessment; 27 percent of students met those same standards on the algebra assessment.

The test evaluates students' scores by levels: 1-5. Students who scored at levels 4 or 5 are considered at or above the PARCC standards.

Students who reach level 3 still pass, but with some qualifications. Level 3 students know some of the content but need assistance in meeting gaps in their understanding, said J.P. Beaudoin, chief of research and development at the Mississippi Department of Education.

PARCC defines a "Level 3" student as "someone who meets some standards and is not college-ready," Beaudoin said. The department equates that to being a "C" student, and made level 3 the baseline for counting a student as "college and career ready."

"This is the baseline, and we're only going to go up from here," Wright said on a conference call Wednesday. "I am very proud of the teachers in this state."

Wright plans to keep the more challenging standards as a baseline for testing going forward and says she will not lower testing standards. Mississippi is no longer part of the PARCC consortia and is adopting its own testing program called the Mississippi Assessment Program.

The superintendent said the new tests for middle- and high-school students will focus on meeting National Assessment of Educational Performance standards. NAEP produces its own national assessment and results every two years. This year, Mississippi was the only state whose fourth-grade scores on NAEP tests increased in math and reading.

Wright said schools and teachers should use the test results to see gaps in content and focus on professional development in the weak areas. "I will be encouraging all administrators and educators to use these results," she said.

The department will look to expand training and guidance for teachers so that they can improve students' performance in the future.

Correction: An earlier version of this story and the in-print version ran with a photo of Power APAC Elementary School instead of Bailey APAC Middle School. We apologize for the confusion.