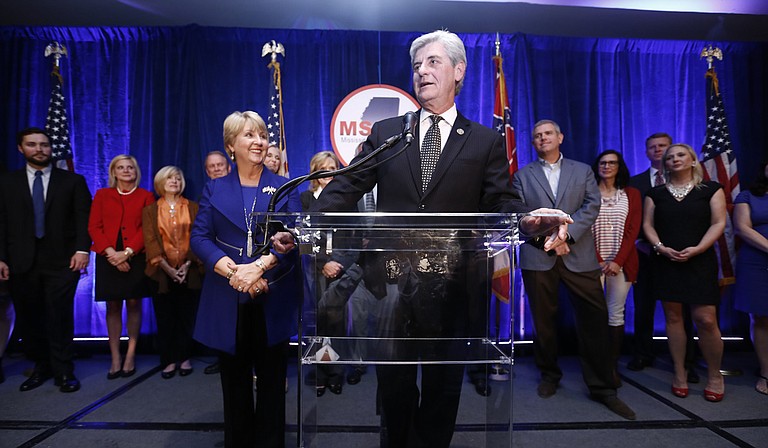 If you woke up this morning feeling like today was just another day, it's because voters largely voted to preserve the status quo on Election Day.

Every statewide incumbent held on to his or her seat. With the failure of Initiative 42, the Legislature can continue underfunding public schools. The Legislature remained in Republican hands, and in the House, the GOP inched closer to a supermajority.

There were two contested seats on the Hinds County Board of Supervisors. In District 3, Bobby McGowan defeated Al Stubblefield 79 percent to 20 percent. In reliably Republican District 4, Mike Morgan, a Republican, beat Democratic challenger Vern Gavin. Incumbent District 4 Supervisor Tony Greer did not seek re-election because he ran for Central District representative to the Public Service Commission.

The person to whom Greer lost the Republican primary, Brent Bailey, lost to state Rep. Cecil Brown of Jackson. Brown's win shifts the balance of power on the PSC; he will join Brandon Presley to give Democrats two seats on the commission.

Here are some notes on other key races from around the state.

Going into Nov. 3, the big question marks hung over the fate of Initiative 42.

With 96 percent of precincts counted, the proposed constitutional amendment failed 52 percent to 48 percent even though 59 percent of people chose Initiative 42 over the Republican-crafted alternative, 42-A.

The effort drew funding and support from national groups backing both sides.

In October, Republican donations poured into anti-Initiative 42 Political Initiative Committees (PICs), mainly the KidsFirst and Improve Mississippi committees. These two groups alone raised more than $300,000 in the past few months to try to defeat the citizens' initiative to force state lawmakers to follow the law and fully fund the Mississippi Adequate Education Program.

On the other side of 42, documents filed in early October showed that the pro-Initiative 42 campaign, Better Schools Better Jobs, had raised a total of $1.292 million in 2015. The largest donors include Dick Molpus and Jim Barksdale, both Mississippi natives and businessmen who support public-education funding. The W.K. Kellogg Foundation, which has targeted Mississippi as one of four focus states where it funds programs to help vulnerable children and families, donated as well. Molpus, a Democrat who started Parents for Public Schools and was on Gov. William Winter's staff when education reform passed in the state, is listed as the chairman on documents in WLBT's public file for ads run in favor of Initiative 42.

Political action committees are required to file monthly reports; the November reports are expected within the next week.

Winning with 56 percent of the vote, Hood waited until his victory was sealed before emerging at his election night party in Jackson. Hood's campaign spent $1.26 million in this election, which seemed to help boost the incumbent back to his seat. Supporters that stayed at a King Edward ballroom chanted "four more years" as Hood took the stage and talked about education and said he remains dedicated to protecting children in the next term.

"I think we've hit bottom—they've shortchanged our kids on education for too long," Hood told supporters at his election party. "So over the next four years, I am going to spend some time out on the road working and making changes in Mississippi so we can move forward and educate our children."

Hood told reporters after his speech that he plans to continue to prosecute public corruption, protect children online and curb domestic violence in the state.

Through a statement, Hurst said: "While temporarily we are saddened by the outcome, we are excited about Mississippi's future. We are excited because we have been blessed over the last eight months to travel all around the state, meet folks from all walks of life and experiences, and witnessed the true spirit of Mississippi.

"My hope is that after tonight we all do not simply go back to our same old ways of doing things, but instead we get out of our comfort zones, look for ways or areas where we can do more to serve others, and make a positive impact in our communities and in our state."

When an incumbent Republican with nearly $2 million in the bank goes up against a soft-spoken truck driver who raised about $3,300 and only really campaigned for two months, it's pretty easy to predict the outcome.

Although Gov. Phil Bryant coasted to a second term, Democratic challenger Robert Gray collected nearly a third of all votes.

"I did everything I could with what I had, and that's the result. The people had a choice, and they made it, so that's all we could do," Gray told WAPT.

Bryant told the Associated Press: "I get to keep doing the job that I love and hopefully making Mississippi a better place."

The Legislature and Leadership Changes

Both houses of the Legislature remained safely in Republican hands, and the House became a bit safer for the GOP, which is currently one vote away from having a 74-vote supermajority. Having such an advantage means Republicans would no longer require Democratic support on certain bills.

However, House Minority Leader Bobby Moak losing a reelection bid to Republican Vince Mangold dealt the Democratic caucus a blow. In addition to Democrats needing to elect a new leader, the Legislative Black Caucus will also have to pick a new chair after state Sen. Kenny Wayne Jones lost a primary challenge to Barbara Blackmon in August.