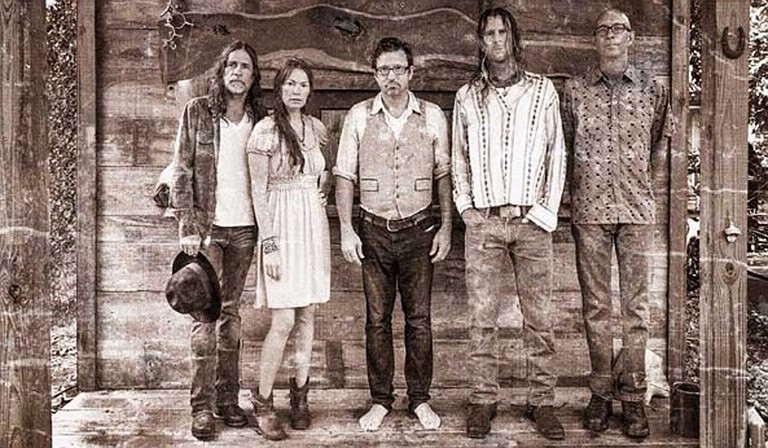 Since joining forces three years ago, Americana super-band Willie Sugarcapps has taken on a life of its own for its prestigious members—vocalist and guitarist Grayson Capps, multi-instrumentalist Will Kimbrough, guitarist Corky Hughes and the husband-and-wife vocal and multi-instrumental duo Savana Lee and Anthony Crawford.

The quintet of singer-songwriters started Willie Sugarcapps as a jam-session group and has created a synchronized sound despite some vastly different musical backgrounds. For instance, Capp brings a level of blues influence gained from the many years he lived in New Orleans, while Crawford grew up listening to artists such as The Beatles, The Rolling Stones and Wilson Pickett, though his true passion was bluegrass.

"As far as just digging into the blues and being a blues-influenced person, I wasn't. I kind of wish I was, but I wasn't, so I'm going to live with what I got," Crawford says. "You know, I play my regular ol' stuff, but unfortunately, I didn't have that kind of culture around me when I was growing up. I grew up in Birmingham, and that was just not in the blues realm. If I had grown up in Mississippi, I'd be a blues guy for sure, but that's what goes on. You get up around Birmingham, and you get a lot lighter musical influences."

Those who don't know Crawford from Willie Sugarcapps still might have seen him in different contexts. He starred in the YouTube series "On the Road with a Rockstar," which showed what it was like behind the scenes on tour with Neil Young. Crawford has also been a touring musician for artists such as Steve Winwood and Dwight Yoakam, and he has written songs for The Oak Ridge Boys, Kenny Rogers and the Nitty Gritty Dirt Band.

While having music careers outside of their collective project might sound challenging, Crawford says that the members of Willie Sugarcapps actually benefit from working outside of the group. It's ultimately up to each person what he or she wants to bring into the fold.

"The reason why Willie Sugarcapps works is we all have our own gig, like me and Savana have a band called Sugarcane Jane, Will Kimbrough is a solo act, and then Grayson and Corky have their own duo. Then, I sometimes play bass in Grayson's other rock band (Grayson Capps)," he says. "We never rehearsed the songs. The first time we really got together, we all brought our own stuff. We don't write together; we all write alone and bring all our stuff together."

As far as what keeps Willie Sugarcapps together, Crawford chalks it up to the good old-fashioned "it factor."