A Look Back at Mississippi’s Basketball Season 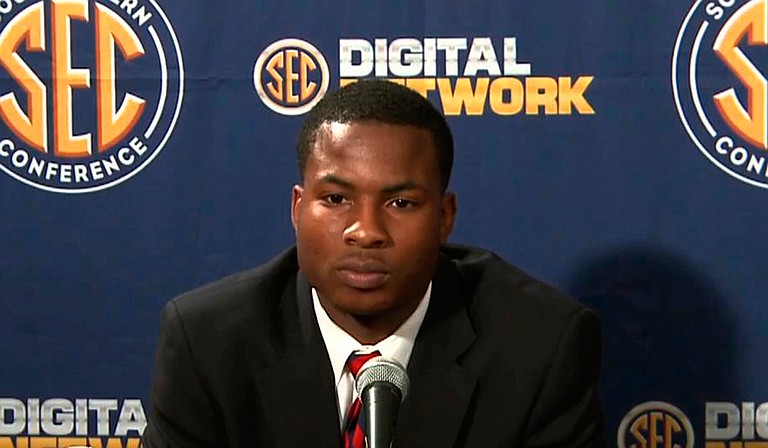 The Final Four is here, and the book on Mississippi's current basketball season has closed. It felt like a particularly mad March for Mississippi basketball fans, but it was a really fitting end to an eventful season.

A promising marriage turned into a dysfunctional split when Alcorn State University head coach Luther Riley took a leave of absence from the team in January amidst reports of player mutiny. It spelled the beginning of the end for Riley, and the school fired him at the end of the season.

A pair of former Rebels made history as Bulldogs. Holmes Community College, coached by University of Mississippi greats Jason Flanagan and Jason Harrison, won the first Region 23 title in school history and advanced to the quarterfinals of the NCJAA Tournament for the first time

What's wrong with Jarvis Summers? The question plagued Ole Miss all season as its senior star never found the form he had in his Howell Trophy-winning junior year. Injuries hampered Summers early, but a clear loss of confidence—along with his jump shot—plagued him late. He dropped from 17.3 points per game to 12 and finished with a career-low 33.1 shooting percentage.

State champion Callaway High School received an invite to play in the Dick's Sporting Goods High School National Tournament in New York City, but the Mississippi High School Activities Association would not amend a 1938 rule that prohibited the team from playing postseason games. Callaway protested, and the ensuing dispute became a hot-button public issue statewide. The MHSAA ultimately prevailed but emerged from the fray in disgrace because the public saw the organization as denying a special group of kids a unique opportunity.

People can surpass great expectations. Scott County native Victoria Vivians entered her freshman season at Mississippi State University as the most popular recruit in program history and made a seismic impact. She led the SEC in scoring, powered Mississippi State to a school record of 27 wins and became the first freshman to win the Gillom Trophy.

A NCAA investigation poured fuel on a USM program already in flames in the wake of Donnie Tyndall's departure to the University of Tennessee. Tyndall won a school record of 29 games his final season in Hattiesburg, but the NCAA investigation revealed that he cut corners to do so. The violations made national headlines and ultimately cost Tyndall his job at Tennessee.

Ole Miss, Southern Miss and Mississippi State each drew record on-campus crowds for a women's game. MSU's March 1 home game with Ole Miss set a state record for attendance (7,326). The rise in popularity started with all three teams winning on the court, but the advent of the SEC Network and local stars like Vivians, combined with apathy toward the men's teams, helped women's basketball explode in popularity.

Almost every conversation about former Mississippi State coach Rick Ray's tenuous future started with, "Now, I think Ray is a good guy." But each quickly turned to how bad his teams were. In the end, the latter outweighed the former. MSU fired Ray after three seasons in Starkville and hired former University of California, Los Angeles Final Four coach Ben Howland, who made fans quickly forget about Ray.

There was never a dull moment with the schizophrenic Ole Miss basketball team. The Rebels got scorching hot in January and played their way into the NCAA Tournament, only to collapse down the stretch and nearly play their way out. But the Rebels snuck in and staged a historic comeback against Brigham Young University in the first round. Fittingly, Xavier University blew Ole Miss out in the next round.

The Callaway High School superstar spent his senior year etching his claim as Mississippi's greatest high-school player of all time. He dropped 50 points on rival Provine High School in the JPS Pepsi Tournament final and led the Chargers to a fourth-straight state championship. But Newman takes the top spot because the story isn't over yet. Where he chooses to play in college and how he'll fare will play out in the national eye of basketball fans in the months to come.