The Business They Chose 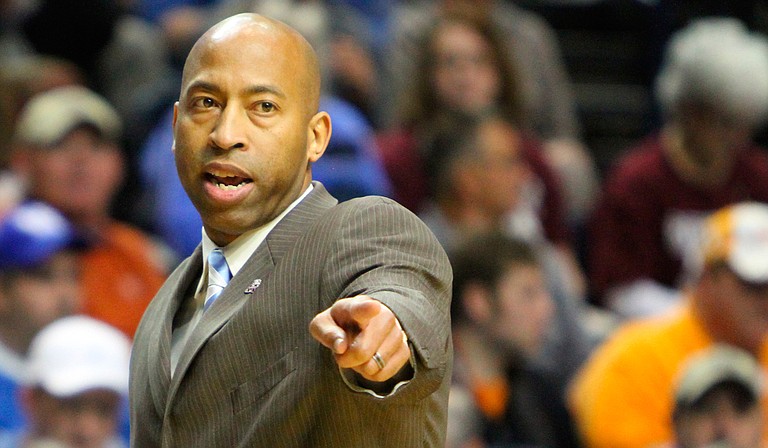 The mark of a timeless text is how it speaks universally to all conflicts.

When I heard the news that Mississippi State University athletic director Scott Stricklin had fired basketball coach Rick Ray after just three seasons, ideas from two of the most acclaimed productions in film and TV history, Francis Ford Coppolla's "The Godfather" and HBO's television series "The Wire," sprang to mind.

It makes more sense than you may think. The film and the series share the same narrative as the one played out in Starkville: Leaders of multi-million dollar organizations in crisis have to make difficult decisions in increasingly competitive environments, always for the good of the whole, but often at the heavy expense of personal connections.

Believe it or not, it's the same conflict that hung over Stricklin's decision on Ray's future. Here are four lines from each that might have informed the process.

"It's nothing personal, Sonny. Strictly business." —Michael Corleone, "The Godfather"

Michael tells his brother Sonny that his surprising plan to murder family enemies is the only means to an end. It's the same standard that dictated Stricklin's decision to remove Ray, a coach renowned for his integrity and grace. If it were personal, Ray would have gotten a lifetime extension. He's that well-liked. But Ray's teams were so bad that the business end of it forced Stricklin to axe him.

"A man must have a code." —Bunk Moreland to Omar Little, "The Wire"

The quote is Bunk's summation of why Omar doesn't rob most citizens—only drug dealers. It's ironic, but that's the point. Even for a stick-up man in the cutthroat, eat-or-be-eaten Baltimore crime world, he must still have standards and values. For Ray, he simply would not cross certain lines when it came to discipline and recruiting, even if it ultimately cost him players he needed to win.

"There are things being negotiated that are going to answer all of your questions and solve all of your problems" —Michael Corleone, "The Godfather"

The head of the family in a time of turmoil, Michael cryptically reassures his regime over the wolves at the door. (He'll soon have them all killed.) It's clear now that Stricklin had secured a commitment from Ben Howland to replace Ray before he fired him. It made a difficult decision an easy one for Stricklin and quelled most objections from State fans over Ray's firing.

"I love the first day, man. Everybody all friendly." —Namond Brice, "The Wire"

Brice's ominous quip about the first day of school should temper the unbridled excitement over the Howland hire. In the series, Brice's year gets decidedly unfriendly. Howland's resume shows his quality, but there's a first-day-of-school element to the fervor. He has a lot of work to do to revive a moribund program, and a stretch of bad losses or press can make fans forget about that spirited introduction.

"Lambs to the slaughter here." —Patricia Donnelly, "The Wire"

Principal Donnelly's line about Prez's first day as a teacher in Baltimore schools could be an assessment of Ray taking over at the Mississippi State in 2012. Here was an inexperienced assistant taking over a major program that had flamed into a dumpster fire almost overnight, and then massive attrition gutted it. Nothing except a slaughter could have been expected, and that's exactly what happened to many of Ray's teams.

"This is the business we've chosen!" —Hyman Roth, "The Godfather II"

There's a personal element to it. It can't be helped, Roth tells us in a soliloquy over not mourning an assassinated friend. The decision to can Ray pained Stricklin. It likely blindsided Ray, who barely had time to clean out his office, and it hurt State fans who valued Ray's integrity over three difficult years. But it's a high-stakes business where the rewards are enormous and the ends abrupt. Emotional hurt is a necessary cost.

"They can chew you up, but they gotta spit you out." —Jimmy McNulty, "The Wire"

McNulty insists on the integrity of the job, which puts him in constant conflict with the corrupt inner-workings of the department. Ray's position aligns somewhat with McNulty's, and his solace is the same. He was paid handsomely with lavish benefits to coach basketball and will be again by the same system that swallowed him whole.

"Another pezzonovante." Michael Corleone, "The Godfather"

Vito Corleone expresses regret that his son Michael became the heir to his crime empire and not a high-ranking politician, to which Michael replies, "In another lifetime." In the Corleone's world, playing by the rules and earning an honest living is still the ideal but impossible reality. It would have been nice to see Ray's clean-cut image prevail, but it's a win-at-all-costs world.