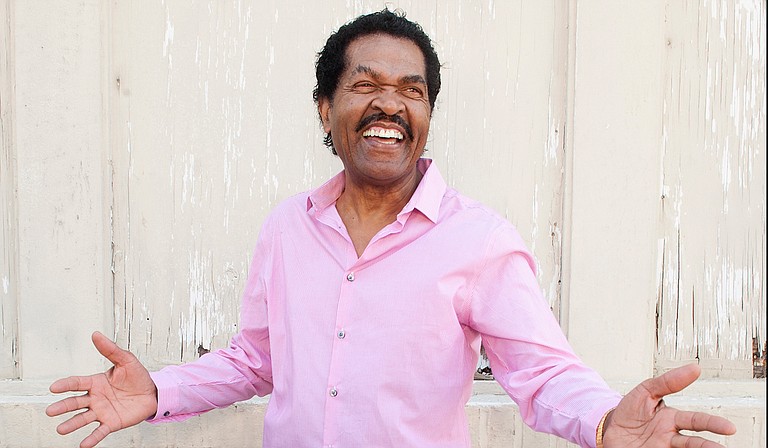 Blues singer Bobby Rush may be one of Jackson's greatest living musical exports. He's been making worldwide audiences dance for more than 60 years. It's only fitting that the Grammy Award-nominated musician is the grand marshal for this year's Mal's St. Paddy's Parade, themed "Bring Home the Grammyphone," on March 21.

"It just makes me so proud that Malcolm (White) thought enough of me that he would call and ask me to do this," Rush says. "I've been making music for a long time now, and it's nice to be recognized."

Similar to more well-known performers, like B.B. King, Rush, 81, plays the music that originated among slaves in the fertile fields of the Mississippi Delta: the blues. He performs more than 100 shows per year. "I'm very aware of my home when I'm performing away," he says. "It means a lot to me to be able to say that I sing the blues, and I'm from Jackson."

Rush paid his dues performing on the so-called Chitlin' Circuit, a slang term for the numerous soul and blues venues throughout the South that featured black musicians, during the '60s and '70s. On these stages, Rush built a name for himself, especially among African American audiences.

He had his first hit record with the unlikely titled "Chicken Heads" in 1971.

After relocating to Jackson in the early 1980s, Rush recorded for Malaco Records and Lajam Records and continued to find success on the radio. "I was really trying to make music that would appeal to black audiences and get airplay," he says.

Rush reached an even wider audience when he appeared in the 2003 documentary "The Road To Memphis." The film was part of director Martin Scorsese's "The Blues" series that aired on PBS. Many critics opined that Rush was the highlight of the segment.

Around this time, Rush started his own record label called Deep Rush. It allowed Rush to record more personal music.

"Over 60 years ago, I started out making music in my basement, and it was just me," he says. "That's the kind of music I'm making now. It's like I'm going back to those roots."

The change was good move. His latest album, 2014's "Down In Louisiana," won the Blues Music Award for Soul Blues Album of the Year.

Rush also tries to make the time to mentor up-and-coming local musicians such as Jarekus Singleton and Grady Champion.

"I love what those guys are doing," he says. "It's important for them to be able to their thing and keep this music going.

"I think Mississippi has come a long way. I'm so humbled when people like the governor reach out to me for the work I do," he says.

In 2013, he received a Lifetime Achievement Award from Gov. Phil Bryant. "I want to make good music for all people to enjoy."