The Challenge of Paying for ‘One Lake’ 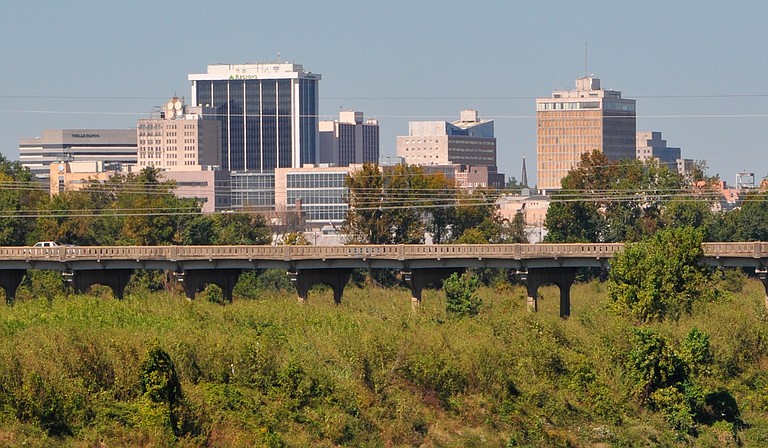 The One Lake plan for flood control and economic development is under review. The next step is figuring out how to pay for it all. Photo by Trip Burns.

The U.S. Army Corps of Engineers will give its final "yay" or "nay" on a long-awaited and long-overdue plan to ease flooding along the Pearl River. The Rankin-Hinds Pearl River Flood and Drainage Control District, also called the Levee Board, sent the environmental-impact study, or EIS, that considers a number of flood-reduction options to the Corps of Engineers late last year. Planners expect the agency's review to take through the end of 2015.

But even in the Corps' signs-off, it's not like it's raining cash for flood-reduction projects. The EIS contains 12 alternative proposals, including the Levee Board's preferred option, the plan commonly referred to as "One Lake," a 1,500-acre six-mile-long lake that would extend from Lakeland Drive southward down to Richland.

Dallas Quinn, the front man for Pearl River Vision Foundation, the nonprofit that oil businessman John McGowan started to shepherd his flood-control and economic-development plan, said One Lake would cost about $300 million to build.

Quinn said approximately $150 million in federal funding is available. In 2007, Congress authorized $133 million for the project as part of the U.S. Defense Department budget, but pork-phobic Washington lawmakers have not appropriated the funds.

Government officials have grappled with how to control flooding along the Pearl River, and how to pay for it, for years without success. In the Easter flood of 1979, the river swelled to 25 feet above flood stage, displacing 17,000 people and causing $500 million in damage. In today's money, the same flood would wreak $1.6 billion in economic losses. Just four years later, a less severe flood caused $220 million in damage.

In his so-called "Two Lakes" plan, McGowan had proposed that economic development would fund the project, which could have provided development benefits to him and a number of his partners who owned potentially waterfront land along the project's proposed footprint, as the Jackson Free Press revealed then.

Two Lakes was also controversial because it would have destroyed wetlands and flooded Mayes Lake, while the Corps warned that the project would be extremely costly. Opponents to the Two Lakes plan said that, even if the engineering would work, it would cost too much and disrupt the Pearl's fragile ecosystem. And some believed it wouldn't work as planned.

McGowan scaled the plan back in 2011 and formed the Pearl River Vision Foundation to promote a revised, scaled-back lake project. The development of what is being called One Lake has been less controversial so far, but has not been without criticism. Downstream communities along the Pearl, particularly in Louisiana, have expressed concern over how much water their communities would receive as a result and how that flow would affect their ecologies.

"There's not going to be any impact" south of Jackson under the plan now under review, Quinn promised, adding that his group has met with environmental groups including the Sierra Club, Gulf Restoration Network and Audubon Society, which separately voiced concerns ranging from protecting endangered species, water quality and other downstream impacts.

To raise money for the actual construction will require some creativity. The Levee Board, with its ability to issue bonds could contribute another $65 million to $70 million, creating a shortfall of about $65 million. Federal law also allows for public-private partnerships, which could provide another possible source of funding, Quinn said.

PRVF is completing engineering work on the environmental-impact assessment required under the National Environmental Policy Act. Just paying for PRVF's development of the environmental assessment has been a steep hill to climb. Lake-development officials estimated the plan to cost $1.75 million, $1 million of which came from the Mississippi Development Authority; the Greater Chamber Partnership provided $200,000. All together, $1.2 million had been spent on the study as of December 2014, officials said. That same month, the Levee Board approved a $55,000 appropriation to PRVF, which closed out the million-dollar grant. Quinn told the Levee Board that McGowan's foundation was continuing to pay the bills, which included making payments to consultants, engineers and environmental experts.

Ideally, the Corps of Engineers would complete its review later this spring, with a public comment period commencing by summer and a final report by the end of the year.