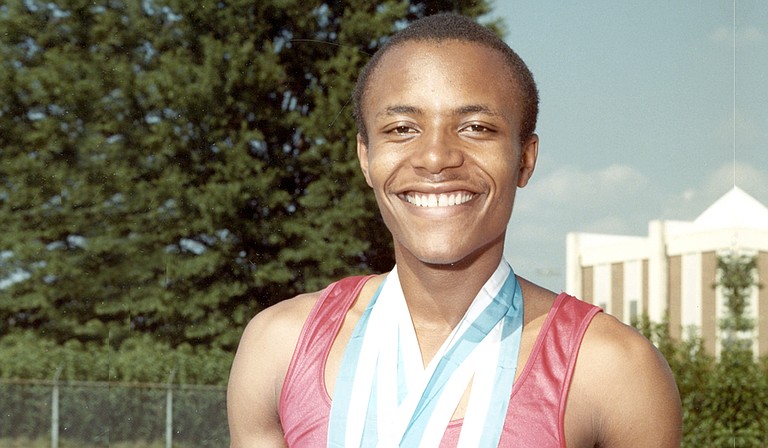 Only a few men can lay claim to being the fastest human in the world. One of those men is Calvin Smith.

Born in Bolton in January 1961, Smith became one of the best track athletes in the world. But this wasn't always the case for the future star of Summer Hill School. At first, track and field didn't seem like Smith's cup of tea, as he quit in the eighth grade, saying that it was too hard.

Things turned around the next year. He won the 220-yard dash at state as a ninth grader. Later, he set a state record in the 100 meters.

Smith went on to the University of Alabama for his college career. While a member of the Crimson Tide, Smith earned eight All-American honors in indoor and outdoor track.

In 1983, Smith became known worldwide for his performance on the track. He was the second man to run the 100 meters in under 10 seconds and the 200 meters in under 20 seconds. Carl Lewis was the first man to achieve the feat a mere 66 days before Smith.

Lewis overshadowed much of Smith's amazing career. Smith's first Olympic medal came in the 1984 games in Los Angeles when he was a member of the 4x100 meter relay team.

Four years later in Seoul, South Korea, Smith was part of one of the most infamous moments in track and field history. In the run up to the 100-meter final at Seoul, it was an all-star field with Smith, Lewis, Canadian Ben Johnson and Linford Christie of Great Britain, to name a few. Johnson won the race, followed by Lewis, Christie and then Smith. After the race, Johnson failed a drug test for steroid use and was stripped of his gold medal.

This moved Smith into the bronze medal position, which he received under the stadium with little fanfare. Eventually, Christie and Lewis were caught for performance-enhancing drugs.

The 1984 Olympics 100-meter race has been called the dirtiest race in sports. It even inspired an ESPN 30 for 30 film titled "9.79*" for Johnson's then world record-breaking time that was later erased.

Smith's track career continued with success until the 1990s, and he retired as one of the most well-liked track athletes of all time. His son, Calvin Smith II, went on to have a great track career at the University of Florida.

Smith, a social worker in Tampa, Fla., held the record for four years from 1983 to 1987 until Johnson broke it in 1987. The sprinter was elected into the Mississippi Sports Hall of Fame.

This year on July 4 at the Mississippi Sports Hall of Fame and Museum Farm Bureau's Watermelon Classic 5K road race, Smith will be the official starter. This comes 32 years and a day after Smith broke the world record in the 100 meters.

There is also a tot trot for toddlers under the age of three, and special rates for families ($90 before June 30 and $95 after) and for teams ($125 before June 30 and $130 after) with a max group of five entrants for both team and family groups. There is no registration allowed the day of the race.

Interested runners can register online at raceonline.com or print out a form at msfame.com and drop it off or send it to the museum. For more information on the race, prospective participants can learn more at msfame.com or by calling 601-982-8264.