Special Ed Groups on the Fence about Initiative 42 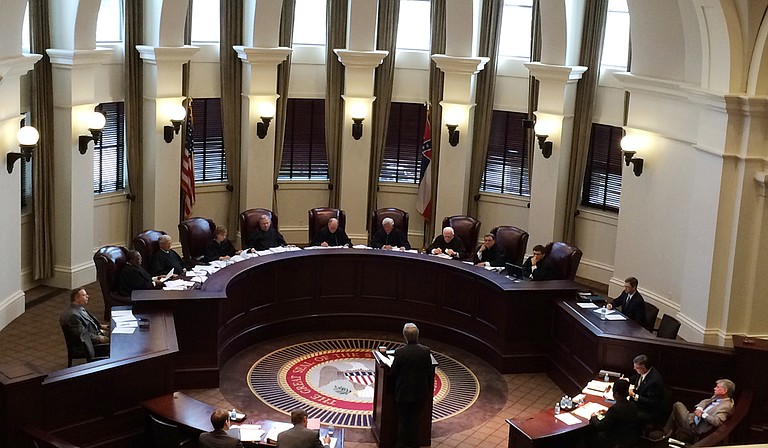 Initiative 42, the citizen-supported ballot measure to fully fund Mississippi's public-school system, boasts of having a broad coalition of support. However, a vocal and influential bloc—parents of special-needs children and groups advocating for them—aren't fully convinced that the initiative will be good for their kids and, for the time being, are remaining neutral as legal and political battle lines harden.

Joy Hogge is the executive director of Families as Allies, a statewide organization that supports families with members who have mental-health challenges. Her group is not taking a public stance on Initiative 42, a constitutional ballot question that will be put to voters in the fall.

Hogge said the initiative's outcomes might affect families differently, depending on the school district in which they live and whether the district has a good track record on complying with the Individuals with Disabilities Education Act, or IDEA.

With more information about what guaranteed funding will mean for IDEA families, Families as Allies could publicly support Initiative 42, Hogge said.

"Our main goal is to make sure families have the information they need to make an informed choice for what's going on for their child," she told the Jackson Free Press.

Last fall, a coalition of public-school advocates successfully filed 116,570 valid signatures to put Initiative 42 on the November 2015 ballot. Their aim was to neutralize the Mississippi Legislature, which almost never follows the Mississippi Adequate Education Program, which lawmakers created in 1997 to establish a baseline of funding for public education. If Initiative 42 is successful, the benefits will trickle down to all students, supporters say.

Among those supporters is Oleta Fitzgerald, the southern-regional office director of the Children's Defense Fund, who said that ideally the Legislature would follow MAEP, but because they won't, it seems that a constitutional amendment is necessary.

"[P]ublic education is the only thing that can help lift hundreds of poor children out of poverty so that they will not have to be dependent on social services to survive," Fitzgerald said.

Fitzgerald acknowledges that Initiative 42 won't be a cure-all and that there will be more work to be do in school districts to ensure more funding translates into a higher quality of education.

"It's a juxtaposition because you cannot have enhancement without money, but money is not the whole answer," she said.

Special education has always been a challenge for school districts in the state, even affluent ones. Matt Nalker is the executive director of ARC Mississippi, which serves people with developmental and intellectual disabilities throughout the state. He points out that funding for special education has never been fully funded nationally since Congress passed the Rehabilitation Act in 1973.

Congress passed the Education for All Handicapped Children Act in 1975 that was amended to become IDEA in 1997 to require public schools to develop Individualized Education Programs or IEPs for all eligible children with disabilities.

"Our students that we care most deeply about have never been fully funded and are always in need of resources," Nalker said. "Our concern is to fully fund special education as well. Don't push us to the back burner."

'Who Is Going to Benefit?'

Funded mandate or not, public schools' challenges complying with special education regulations and laws has brought about legal scrutiny in districts including Jackson Public Schools, Madison County, Quitman and Holmes. The costs school districts have spent on attorneys to fight these cases is another cause for pause for special-needs families when it comes to getting behind Initiative 42.

By contrast, Wendell Hutchinson, an attorney at Disability Rights Mississippi said nonprofits such as his organization, the Mississippi Center for Justice and the Southern Poverty Law Center are among the only organizations that actively litigate IDEA cases in the state.

Hutchinson said many cases can be resolved without legal action and involve an advocate in on the IEP meeting with the family and informing families of their rights. (He has four advocates on his education team.) When this doesn't resolve the issue, then Hutchinson will file a complaint or a request for a due-process hearing.

"I think what would be great and more efficient is if the state provided funding to the nonprofit agencies to provide those services to parents," Hutchinson said. "That would enable agencies to hire more attorneys and advocates to do what they are already doing."

With such limited options for families, even if a family could afford their own lawyer, few law firms in the state are well-versed enough or willing to represent these families. "We have not been able to find attorneys in private practice to do that kind of representation, and we have diligently looked for it for three years," Hogge said.

It upsets Mandy Rogers that school districts can obtain outside counsel and pay for their own legal representation, while groups like Disability Rights Mississippi are supporting families for free.

Rogers lives in Madison County and raised two boys who went through special-education programs in private then public schools back in the 1990s and early 2000s. Her youngest son exited in 2008, but Rogers remains a vocal and influential champion for students with special needs, and opposes Initiative 42.

She points to Jim Keith, the attorney representing an Oxford woman in a lawsuit over the Republican-crafted proposed alternative to Initiative 42 known as 42A. After Hinds County Circuit Judge Winston Kidd rewrote 42A, Mississippi House of Representatives Speaker Philip Gunn and Lt. Gov. Tate Reeves appealed to the Mississippi Supreme Court, which is expected to rule any day on whether Kidd had the authority to rewrite the Legislature's alternative.

"If this initiative passes, who is going to benefit?" Rogers said. "Will it be attorneys representing school districts?"

That special-needs families are sitting on the sidelines in the Initiative 42 controversy is especially important given the political influence these parents have gained in Mississippi over the years.

One notable example came in the most recent legislative session, when advocates for special-education funding won a legislative battle with the passage of the Equal Opportunity for Students with Special Needs Act. Under the law, which Gov. Phil Bryant signed in April and takes effect on July 1, allows families who have a student with an active IEP to apply for an Education Scholarship Account.

Sponsored by Sen. Nancy Collins, R-Tupelo, the program provides families $6,500 for the 2015-2016 school year to transfer their child to a "nonpublic school," using the funds for tuition, textbooks and other educational expenses.

State Rep. David Baria, D-Bay St. Louis, attempted compromise with a bill that would have created a special-needs counsel positioned in the Mississippi Office of Education to provide legal counsel and support to families in IDEA disputes.

"The districts should be forced to comply with federal and state law, and that's what my bill was all about," Baria said. "It was to provide families with special-needs children what they need to do battle with a school district that is wrongfully denying a special needs student what the law provides for them."

The bill that passed also states that after the first year, the amount of the scholarship will be pegged to MAEP even though the students may have left the traditional public-school system. Baria said that this is not quite the case.

"My understanding is that it's a separate appropriation so MAEP is what it is, but we are going to have this other pot of money ... to give grants to people who want to take their kids somewhere else," Baria said.

Baria was opposed to this bill because it pulls special-needs students out of the public-school system instead of forcing districts to comply with the law in the first place. He also said that $6,500 is not going to get most of these families what they need.

Beyond the disputes surrounding the new bill, Baria said fully funding MAEP is in these families' best interest. While he understands why parents who have had bad experiences with school districts would be fearful that more money would go to pay lawyers, he thinks ultimately that argument is not well-founded.

"We are all in this together in the public-school system, and more money allows for more teachers, better classroom instruction, more books and supplies—and more money to take care of special-needs children," he said.

Baria said special-needs education advocacy groups should support Initiative 42 for this reason. "It will result in better educational outcomes for all students, including special-needs students," he said.

Patsy Brumfield, communications director of Better Schools, Better Jobs, said families with children who need special education should support Initiative 42. Passing the measure will ensure that school districts finally have adequate money to have programs to support their children, Brumfield said. She adds that because school boards decide how MAEP funds are spent, school-board members should be held accountable—after Initiative 42 passes.

"Right now any child isn't getting what they need," Brumfield said. "Regardless of what your children's needs are, we are all in the same boat because school districts are being shortchanged of the funding they were promised."

Comment and read more about education funding in Mississippi at www.jfp.ms/maep.