Jones to Research Obesity at Univ. of Miss. Medical Center 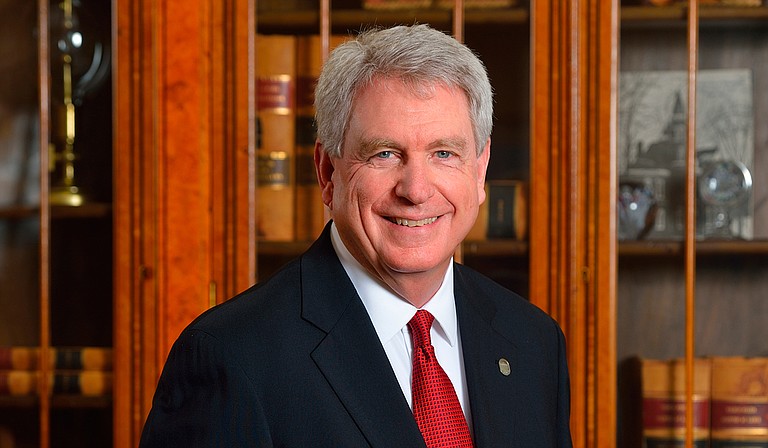 JACKSON, Miss. (AP) — Although University of Mississippi Chancellor Dan Jones didn't get his contract renewed, he won't be going far.

The University of Mississippi Medical Center announced Thursday that Jones will be leading clinical research at the Mississippi Center for Obesity Research. The center's mission is to treat or prevent obesity.

Jones said he considered other opportunities outside the state, but was attracted to the job.

"Most people who complete their leadership time find their way back to the faculty," he said.

But Jones is also a popular leader who was dumped by the state College Board when they decided not to renew his contract over concerns about contract management problems at the medical center. That decision prompted protests by students, faculty and alumni and threats by donors to withhold cash.

Jones said he discussed his plans with Dr. LouAnn Woodward, the current vice chancellor who leads the medical center, and expressed confidence that he can balance his new role and not be a shadow leader.

"She knows she can depend on me giving her space to be the leader of the medical center but she can also call on me for advice," he said.

Mississippi has the highest rate of obesity in the nation. The Centers for Disease Control and Prevention found 35 percent of the state's adults to be obese in 2013. Another 35 percent of adults are not as heavy, but still classified as overweight. Mississippi adults are the least physically active in the nation, and have the third-highest rates of diabetes and high blood pressure.

Jones made his name leading a heart study of African-Americans that's one of the medical center's most recognized academic enterprises. He also served as president of the American Heart Association. Dr. John Hall, who directs the obesity center, said obesity is the source of much heart disease, and that linkage made Jones a good fit.

"He has done some great work in terms of obesity and cardiovascular disease," Hall said.

The former chancellor will be the first person to hold the Sanderson chair in obesity, metabolic diseases and nutrition. The family that controls the Sanderson Farms poultry-raising firm, strong supporters of Jones, donated $2 million for the chair more than five years ago.

Jones' mission will be to expand the study of what works and why in treating or preventing obesity. Hall said the medical center hopes to design an effective wellness program for its 10,000 employees, and export that model to others. He said there's an opportunity to use new electronic health record systems to study patient outcomes. The university has also recently reinstituted a bariatric surgery program.

"We'll be trying to identify the important questions and the best tools to answer them," Jones said.