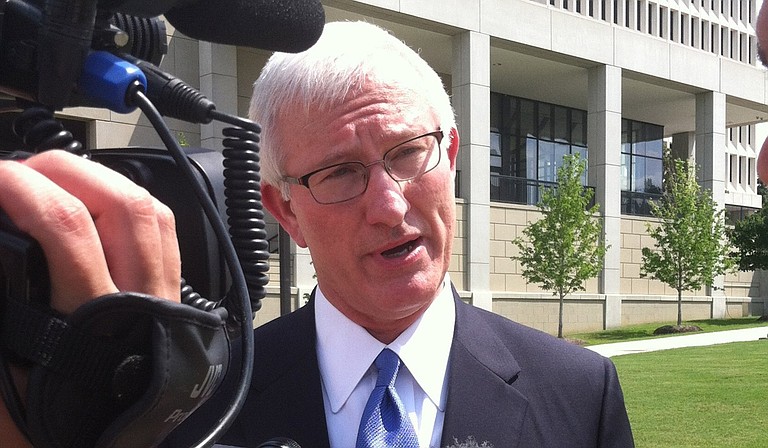 Ronnie Musgrove (pictured), a Democrat, was lieutenant governor when he pushed the Mississippi Adequate Education Program into law in 1997 over the veto of then-Gov. Kirk Fordice, a Republican. Musgrove was elected governor in 1999 and served one term. Amile Wilson/File Photo

JACKSON, Miss. (AP)—Mississippi legislators are not obligated to fully fund an education budget formula every year, a judge ruled in a lawsuit filed by a former governor.

Collectively, the districts had sought more than $240 million they said they were shortchanged during six state budget years, the most recent of which ended June 30.

The lawsuit also sought an order that would have affected the entire state by making legislators fully fund a formula that was put into law in 1997 but has been ignored most years. Singletary said he would not issue that order because a portion of the law, added in 2006, includes alternatives for how the state should handle education funding during years when money falls short.

"Every day we cheat school funding is a sad day for our state," Musgrove said in a statement Wednesday. "While I am disappointed in today's ruling, I am more disappointed that adequate funding for our children's future is a matter of debate."

Musgrove will ask the state Supreme Court to reverse Singletary's ruling, said George Shelton, a partner in a political consulting firm with the former governor.

Musgrove, a Democrat, was lieutenant governor when he pushed the Mississippi Adequate Education Program into law in 1997 over the veto of then-Gov. Kirk Fordice, a Republican. Musgrove was elected governor in 1999 and served one term.

When it's fully funded, MAEP is designed to provide each school district enough money to meet midlevel academic standards.

Singletary wrote that he believes education "is one of the most important functions of state government" and that "MAEP should be annually funded to the fullest extent possible."

"This court is sympathetic to plaintiffs' untenable position of being required to educate the students of Mississippi with less than a fully funded MAEP," Singletary wrote. "However, this court is unable to interpret the relevant statutes as imposing a mandatory annual duty on each legislator to automatically vote to apportion and allocate to each district 100 percent of the funds estimated under MAEP."

A separate political struggle over school budgets is shaping up in the coming months because two proposed constitutional amendments that deal with school funding will be on Mississippi's statewide ballot in November.

Initiative 42, which got on the ballot through a petition process, would require Mississippi to fund "an adequate and efficient system of free public schools." Legislators put an alternative, Initiative 42-A on the same ballot. It would require Mississippi to fund an "effective" system of public schools. Critics said legislators put the alternative on the ballot as a way to kill the citizen-led initiative.

House Appropriations Committee Chairman Herb Frierson, R-Poplarville, said Wednesday that he is pleased Singletary ruled against Musgrove in the school funding lawsuit. But Frierson said he still worries that if either ballot initiative is adopted, budget writers will have to slash spending for other state services.

"If you put a subjective term like 'adequate' in the constitution, it becomes the interpretation of a judge as to how much money is adequate," Frierson said.

Supporters of Initiative 42 have opposed Musgrove's lawsuit and have said Frierson is trying to scare people out of voting for their proposal.