Runnin’ the Blues Through the Veins of Jackson 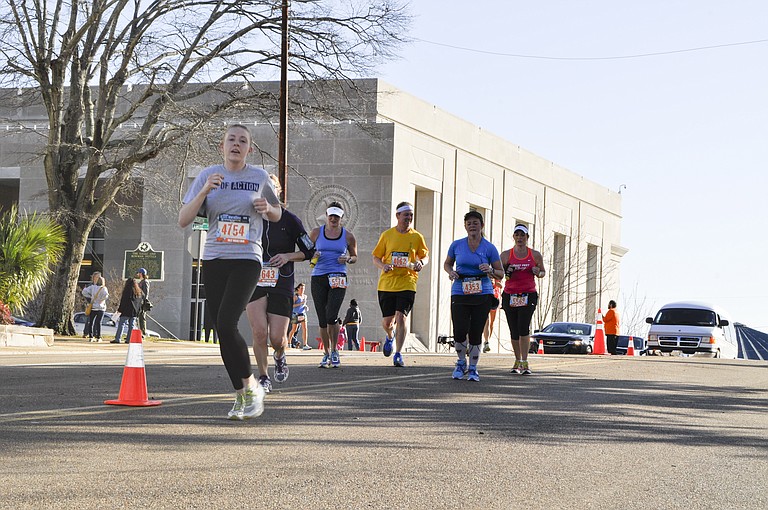 It was only six years ago, in 2008, when John Sewell began working with others to put together a marathon that would celebrate the unique blues culture in Mississippi. This weekend, on Jan. 10, the event returns as one of the city's signature annual events.

Sewell, now Millsaps College's communications director, said the organizers originally for about 500 people, so when race day came they were surprised to see 1,500 men and women at the event. They realized early on that it was not simply a marathon they were promoting; it was a culture.

To add to the blues component, they added a Jackson bar crawl to the event with a live blues artist at each venue. And they came up with the slogan: "Run the blues in the morning; crawl the blues in the night."

The event has continued to grow since 2008, becoming both a cultural draw to the city for the runners, as well as an economic-development tool.

Sewell stressed the role that the community plays in the marathon and what the marathon can do for the city and metro at large. The race brings people from as far away as Kenya to the state and, as Sewell put it, "(the race) changes perceptions people have (about) Jackson, but also changes the way the people of Jackson feel about the city."

The race is valuable to Jackson, because it challenges preconceived notions that are so often thrust onto the city. Sewell says that the best way to see the race is to be a course marshal, or a person who provides support to runners on race day and helps ensure their safety.

The Mississippi Blues Marathon begins and ends at the Mississippi Museum of Art's Art Garden (380 S. Lamar St., 601-960-1510), at the intersection of Pascagoula and Lamar streets. The marathon, half marathon, quarter marathon and marathon relay begin at 7 a.m. The Kids' Fun Run begins at 9 a.m. The Blues Crawl begins after the marathon. Every runner will receive a wristband to go to each music venue. For non-runners, wristbands are $10. The Blues Trolley can transport particpants to each place. The locations for the Blues Crawl include The Iron Horse Grill (320 W. Pearl St., 601-398-0151), where Jaimoe Johanson will play (see page 27) and Hal & Mal's (200 Commerce St., 601-948-0888), where the Lucky Hand Blues Band will play. To see a course map or for more information, visit msbluesmarathon.com.

A version of this story originally appeared in Millsaps College's student newspaper The Purple & White and has been edited for content and style.