This year, Wilma Mosley Clopton, owner, filmmaker and chief producer for NMHS Unlimited Film Productions, will partner with Women for Progress of MS Inc. to celebrate African American history with the "It's About You" film festival Feb. 24-28.

Clopton's mother, the late Jessie Bryant Mosley, founded the Negro in Mississippi Historical Society in the 1940s and later incorporated it as a Mississippi nonprofit corporation in 1963. Mosley made it her mission to chronicle the history of African Americans in the state.

Clopton was born in Vicksburg, Miss., and raised in Edwards where she attended Southern Christian Institute until moving to Jackson at age 6. She spent much of her youth watching her mother's work.

"My mother would do state teacher conferences and put on exhibits of books and artifacts from as far back as the Civil War," Clopton said. "It was like a mobile museum of African American exhibits. I traveled across the state with my mother as she searched for artifacts and researched history, so I've been immersed in African American history all my life." 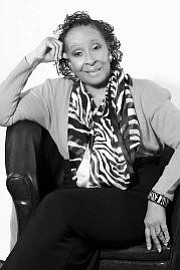 The festival will feature four films, a live performance and a film premiere. "Walking in Their Footsteps," a play, celebrates the lives of Elizabeth Taylor Greenfield, Ida Bell Wells-Barnett, Eliza Farish Pillars, Annie Bell Robinson Devine and Gladys Noel Bates. "The Intolerable Burden" is a film that explores the Carter family's work toward integrating schools in Drew, Miss. This film presentation celebrates the 50th anniversary of the Carters' efforts with several family members in attendance.

The film "Gideon's Army" follows three young public defenders who are part of a small group of idealistic lawyers in the Deep South who challenge the assumptions that drive a criminal justice system strained to the breaking point. A discussion with June Hardwick, one of the public defenders featured in the film, will follow the presentation.

The Filmmaker's Bash will wrap up the film festival Saturday, Feb. 28, at the Mississippi Museum of Art (380 S. Lamar St., 601-960-1515). The event features a "Farm to Table" competition with local chefs and the premiere of "Jessie: One Woman, One Vision," a film that examines the life and accomplishments of Copton's mother.

"This festival is an opportunity for people to see stories about Mississippi from the perspective of people who were involved in Mississippi's history," Clopton said. "A lot of people can't get access to these people and ask questions of people who have impacted history. This is a chance for people to see that these events really happened and to understand what has happened, to understand the need to be involved in the community."