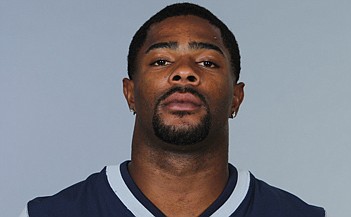 It only seems fitting that former Vicksburg and Hinds Community College star Malcolm Butler made the game-winning play in the Super Bowl.

Butler only played two years of high school football in his freshman and senior seasons. His grades and experience meant the only school that took a chance on him was Hinds Community College.

At Hinds, Butler didn't even last a full season in his freshman year before getting dismissed from the team. In an article, the Providence Journal cites an arrest for drug paraphernalia, though Butler didn't confirm to the newspaper why he was dismissed.

Kicked off the team, Butler began working at a Popeyes Louisiana Chicken in Vicksburg but missed football. He got his life back on track, and the Hinds football team invited him to join again.

Butler made the most of that second chance by staying out of trouble and earning a spot at the University of West Alabama, a Division II school. At West Alabama, Butler received all-Gulf South Conference honors in 2012 and 2013.

Teams had little interest in Butler's pro day at West Alabama, and he went undrafted. Then, the New England Patriots offered him a tryout to make their 90-man roster before training camp.

Coming from Division II West Alabama, Butler was a long shot to make the 53-man roster. But he started making plays from the moment he stepped on the field for the Patriots. He soon went from long shot to making New England's active roster. In fact, he played 52 snaps on special teams and 184 snaps on defense this season.

In the playoffs, Butler didn't see the field against the Baltimore Ravens in the divisional round of the playoffs. Against the Indianapolis Colts, Butler played just 15 snaps and recorded just one tackle.

Butler didn't even figure in as a major part of the Patriots' defensive game play in the Super Bowl against the Seattle Seahawks. But another unknown player changed New England's plan.

In the first half of the game, Seahawks wide receiver Chris Matthews burned New England repeatedly. Seattle turned Matthews loose on vertical routes, and he ate up Patriots cornerback Kyle Arrington for most of the first half. As Matthews caught his first NFL pass, Butler made the most of the 18 defensive snaps he received in the game.

At the beginning of the third quarter, the Patriots replaced Arrington with Butler. The move paid off as Matthews did little damage the rest of the way, and Butler made big plays down the stretch.

The move to add Butler to the lineup allowed the Patriots to rally in the fourth quarter to take a 24-20 lead with just over two minutes left in the game. Butler was involved in two of the final three plays of the game.

Butler had solid coverage on Seahawks wide receiver Jermaine Kearse when Seattle quarterback Russell Wilson heaved the ball down the field. As both players jumped for the ball, Butler tipped it away as both players fell to the ground.  The ball floated in the air long enough for it to be caught, after Kearse had batted it around. Butler, on his back, got back up and was able to force Kearse out of bounds so the Patriots could line up and play defense again.

On first and goal, Butler was out of the game as the Seahawks ran the ball down to the one-yard line. The next play decided the game outcome.

New England coaches originally didn't even have Butler on the field until they noticed that Seattle had sent passing personnel into the game. When he got on the field, Butler immediately figured out the play Seattle was running.

At the snap, Butler made a quick break on the ball and intercepted Wilson's pass intended for Ricardo Lockette. New England rookie quarterback Jimmy Garoppolo stated that Butler got beat during practice on that same play.

Butler, known for his work ethic, studied and prepared like he was going to start the game. When his moment came, he was ready and able to shine.

Butler ended the game with three tackles, three passes defended and one interception that will live on in Super Bowl lore forever.