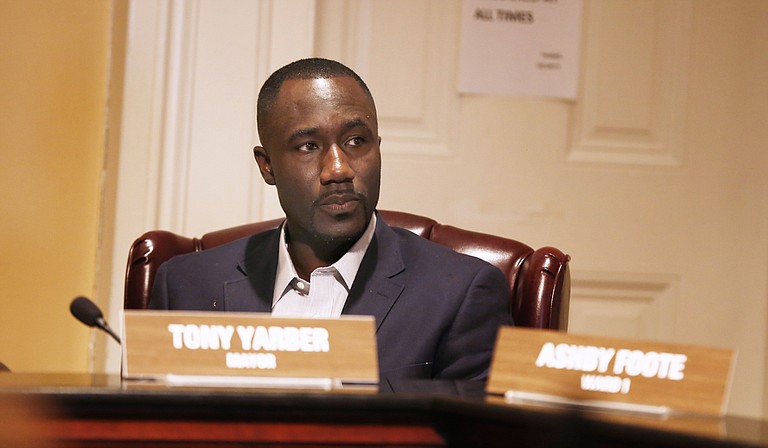 In October, Mayor Tony Yarber asked the city council to designate part of downtown as a "qualified resort area and entertainment district." Photo by Imani Khayyam.

City officials have modified a plan to give so-called resort status to parts of downtown Jackson.

In October, Mayor Tony Yarber asked the city council to designate part of downtown as a "qualified resort area and entertainment district." Some members of the council hesitated on the proposal because several downtown businesses would not have benefitted.

Under state law, certain establishments with resort status can remain open 24 hours a day. Davis said the proposed area would roughly encompass an east-to-west span from Mill Street to Lamar Street and Pearl Street to South Street. The plan, Davis said, would also pull in One Jackson Place, an office building on Capitol Street, as well as an area near East Silas Brown Street near The South, a popular event space downtown.

At a city council meeting today, an amended version of the plan for what officials are now calling the Pascagoula Street Entertainment District passed because downtown residents expressed wariness about the potential for increased noise from all-night bars.

"There has been some angst that we received from the community," Mayor Tony Yarber told the city council today.

As a compromise, officials eliminated the language that would have given resort status to the area to all but one parcel, the future site of the Cathead Distillery on South Farish Street. The plan passed unanimously despite concerns from some council members.

Ward 6 Councilman Tyrone Hendrix said he was uncomfortable because council members had not seen the details of a plan. Mike Davis from the City's office of economic development said the City lacked the funds to develop a full-scale master plan but that other cities, including Memphis and Nashville, initiated similar proposals.

"It's been done. It's out there, and it will really work," Davis said.

Early on, Ward 3 Councilman Kenneth Stokes said he opposed the plan because it would represent competition for the Farish Street Entertainment District, which remains in legal limbo. However, Stokes had a change of heart by the time the council voted on the issue this afternoon.

"I'm still concerned about Farish Street, but maybe the plan for Farish Street needs to be modified," Stokes said.

Davis said in the next round of applications, Hal & Mal's and Johnny T's Bistro might be eligible for inclusion in the new entertainment district if both establishments get letters of support from nearby churches.

After a question from Ward 7 Councilwoman Margaret Barett-Simon, who attended her first city council meeting in months after an illness for which she was temporarily hospitalized, Yarber said that his administration is open to renaming the Pascagoula Entertainment District to something else.

Jackson-based philanthropists Shannon and Matthew McLaughlin are opening a collaborative co-working space called Coalesce in the Spengler's Corner District downtown, across from the Old Capitol building. Coalesce means to come together, and the McLaughlin's hope their project will help Jackson's small businesses come together and form one community that builds on the efforts of others.

Coalesce is about 2,100 square feet and includes 10 private desks and 10 to 15 work stations available on a first-come, first-served basis. All memberships include free Wi-Fi, access to a conference room, a printer and a copier, water and coffee, and access to monthly programs such as lunch and learns from professional service providers, regular evening socials and pitch competitions. The base membership fee is $195 per month or $395 per month for a private desk and storage space. Coalesce also has single office suites built out in an adjacent building that the McLaughlins have dubbed Phase II. Phase II has private offices available for $595 per month and group suites that will vary in price based on square footage.

The McLaughlins will formally announce details on Coalesce Wednesday, Dec. 2, at a meeting of 1 Million Cups at The Hatch (126 Keener Ave.) in midtown. They are also planning a sneak peak preview on Dec. 15, where they will unveil their plans and some design elements to key stakeholders in and around Jackson and the startup community in Mississippi.

Forman Watkins & Krutz LLP recently announced that it has leased the top four floors of Regions Plaza, the city's tallest building. The long-term lease is for 55,000 square feet atop the 22-story tower. Regions Plaza is owned by Hertz Investment Group, which negotiated the lease with Forman Watkins.

The Forman Watkins law firm opened in 1986 and has remained headquartered in Jackson since. Forman Watkins has more than 130 professionals, including both attorneys and staff. In addition to Jackson, the firm also has offices in Detroit, New Orleans, Houston, and Red Bank, New Jersey.

Forman Watkins selected Wier Boerner Allin Architecture to design its office space. Construction is set to begin in the first quarter of 2016, and the firm will move in by summer.