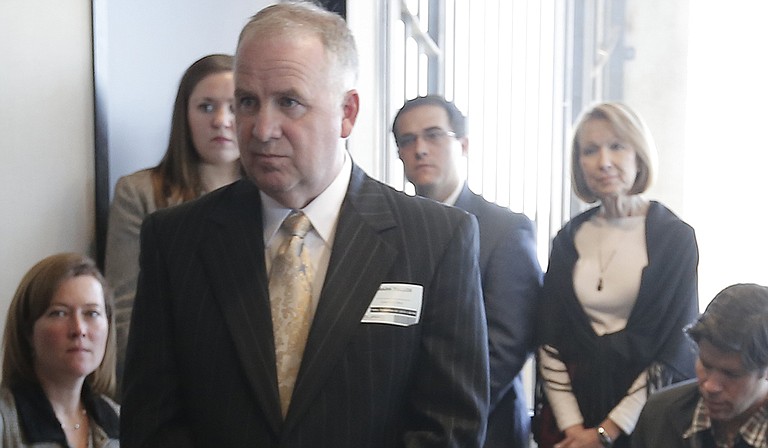 Mark Tullos is asking the Republican-majority House to seat him as the District 79 representative for the four-year term that begins in January. Photo by Imani Khayyam.

JACKSON, Miss. (AP) — A Mississippi House committee met today to start discussing a contested race that went to a drawing of straws for a tiebreaker.

House Speaker Philip Gunn appointed a panel of four Republicans and one Democrat to hear the petition filed by Republican challenger Mark Tullos of Raleigh.

Tullos and five-term Democratic Rep. Bo Eaton of Taylorsville each received 4,589 votes in the Nov. 3 election in Smith and Jasper counties, and Eaton won a drawing of straws Nov. 20.

Tullos is asking the Republican-majority House to seat him as the District 79 representative for the four-year term that begins in January. In his petition, Tullos says the Smith County election commission improperly met in secret on Nov. 9 to discuss some affidavit ballots, then held a public meeting the next day to count those ballots.

If Tullos is eventually declared the winner, Republicans would hold a three-fifths supermajority in the House. That would mean Republicans, voting together, could pass tax and revenue bills without seeking help from Democrats.

The chairman of the committee that will consider Tullos' petition, Republican Rep. Mark Baker of Brandon, said Tuesday's meeting is only to get organized. He said no action will be taken until the legislative session starts in early January.

Asked Monday if a Democrat can expect fair treatment from a Republican-majority committee, Baker replied: "Well, sure. I don't know that it has anything to do with that. It just has to do with what it is."

House operating rules say a contest over a House election is decided by a committee of five representatives — one from each of the congressional districts Mississippi had in the mid-1990s. Gunn appointed Baker; Rep. Jim Beckett, R-Bruce; Rep. Linda Coleman, D-Mound Bayou; Rep. Bill Denny, R-Jackson; and Rep. Richard Bennett, R-Long Beach.

Tullos and Eaton have a mid-December deadline to examine ballot boxes or gather other information about the election challenge.

According to House rules, the committee could make one of three recommendations to the full House after the session begins: Declare Eaton the winner, declare Tullos the winner or declare that the seat is open, which would lead to a special election.