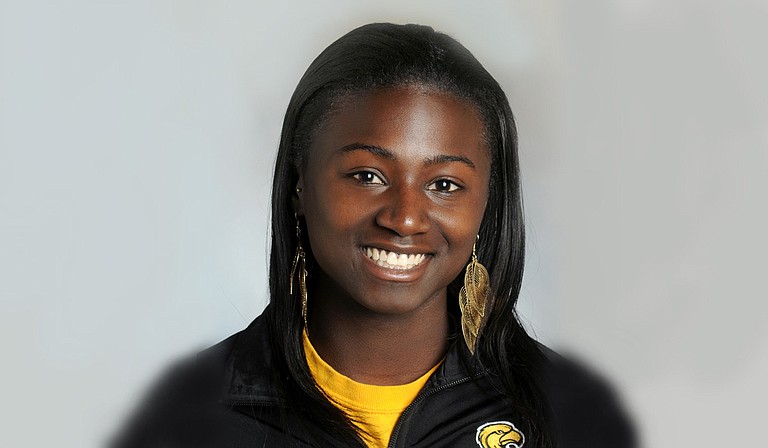 Most of America doesn't pay attention to track and field except for once every four years during the Olympics. It is in those years that sprinters, long jumpers and the like become national names.

So, I forgive anyone who doesn't follow track and field closely for missing Tori Bowie's sudden rise in the sport. The sprinter has gone from tiny Sandhill, Miss., to challenging the best women sprinters for the top spot.

Bowie's grandmother took her in when she went into foster care as a child after her mother was unable to take care of her and her sister Tamarra. She began playing basketball before moving on to track, and she became a track star while at Pisgah High School.

Her father coming back into her life helped her in track since he was a long jumper in high school. He helped her begin a journey that let her see most of the world.

Before leaving Pisgah High School, Bowie was named All-State in basketball and track. She committed to the University of Southern Mississippi in 2008 to be a part of its track and field team.

In 2012, Bowie wrapped up her senior season at Southern Miss and graduated with a bachelor's degree in interdisciplinary studies. She set her sights for London in 2012, but it wasn't meant to be after she broke her jaw in a non-track accident.

In 2014, she qualified for that year's IAAF World Indoor Championships in the long jump. In a surprise result, Bowie finished 13th and in last place in the qualifying round.

Everything changed for her at the 2014 Prefontaine Classic when she went from the long jump to track. Bowie shocked the world and a stack field of competitors when she won the 200 meters in 22.18 seconds in just her second time running the event. Bowie wasn't even told she was added to the 200 meters until 48 hours before the race. She ended up running the fastest 200-meter time of the year.

That race marked Bowie's rise as a sprinter, and 2014 was one of her best on the track. Stardom and becoming a household name looked like it could occur at any moment until Bowie tore her right hamstring in late August of that year.

At the U.S. Track and Field Championships, Bowie won the 100 meters with a time of 10.81 and earned the right to represent the country at the 2015 IAAF World Championships. Against the rest of the world, Bowie ran 10.86 for the bronze medal after cutting her finger before the race even started.

Bowie is now starting to peek at the right time with the 2016 Olympic Games in Rio de Janeiro right around the corner. If Bowie can continue her rise of domination in the sprint world, she should be a household name next summer.

Bowie gets to celebrate her birthday, which is Aug. 27, with a bronze medal and the fact that she has come light-years in just two short years.