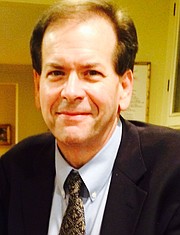 It was 1981, and I was a student at Ole Miss. I was more likely to spend my Thursday nights at The Warehouse than at Anderson Hall studying. It was the place to see and be seen.

If you know anything about those two, you can only imagine the number of long stories told each night. And the amount of alcohol consumed. Both were legendary, and deservedly so.

My father had been something of a mentor to Willie when he was in high school, and we lived five doors down from his mother when I was growing up; both of my sisters walked down to her house each week for piano lessons. We had lots of Yazoo City stories to tell. Add in my family's long ties to Oxford, Taylor and Ole Miss, and I had an open invitation to join their nightly sessions whenever I could. Often our talks centered on our mutual favorite topic: sports. Or on people and places we both knew and loved. But sometimes the talk was political.

Willie was a complex soul: He had been an alienated expatriate living in New York, yet was nostalgic about his southern roots and his boyhood home. His hatred of segregation and corruption drove him away from his home state, but a part of him never left. And coming back to the new Mississippi had changed him. It wasn't everything he wanted the South to be, but it was enough. He was home.

So it was through the lens of those formative memories of long discussions on race and the ghosts of our past that I was greeted with the recent news that Mayor Pat Patterson and the Oxford Board of Aldermen had voted 7-0 to remove the state flag of Mississippi from city property. Coincidentally, the night before, I had watched two ESPN programs about Ole Miss' past racial reckoning: Wright Thompson's "Ghosts of Mississippi" about the 1962 season and "It's Time" about Chucky Mullins.

I have known Pat Patterson for almost 40 years. He is a good man with strong opinions, mostly in favor of business. I would never classify him as a liberal. I admit that his vote was a bit of a surprise to me.

Then again, why should it be? Ole Miss and the City of Oxford had to face their ghosts long ago. From the University Grays until the riots following the admittance of James Meredith, no other city in Mississippi has embraced the symbols of their past like Ole Miss and Oxford. And, in the end, they had to put stubbornness aside and deal with those symbols in an honest fashion.

Taking this issue head on and dealing with it was a brave stand. Already there are calls from less-than-tolerant citizens to boycott Oxford because of the vote. I have heard them called tyrants and worse.

But this is what we do in our country. We elect men and women of character to office and expect them to make the right decisions for our communities—decisions based on our best interests and to the benefit of all citizens. That's what happened here.

The City of Oxford took a stand, based solely on principle, that said in the words of my hero Chucky Mullins, "it's time." It's time to be heard and to do the right thing. Time to make a change. The Mississippi Legislature could learn something from the City of Oxford.

If you think that the successful explosion of Ole Miss and Oxford in the past 20 years is unrelated to dropping the Battle Flag as a collegiate symbol, then you are in denial. What did that move change? It changed perception. It changed the way people who didn't know the truth about Ole Miss viewed the university. And that change has paid off a hundredfold.

Making a similar change by adopting a new state flag would have the same effect on Mississippi. It would be much harder for outsiders to look at Mississippi and see us as the backward haters they mistakenly think we are. We have made huge strides in our state. Willie would be proud. It's time our state flag reflected that reality.

I urge you to contact the governor and ask him to put the issue of the flag before the Legislature during the next session. Contact your Legislators and ask that they support a change in our state flag. And take a moment to thank Pat Patterson and the besieged Oxford Board of Aldermen for taking a stand.

Whether you agree or disagree with them, this 7-0 vote took guts. And sometimes guts is enough. We need more of it in our state. It's way past time. Let's get this done for all Mississippians.

Fred Rand is a graduate of Manchester Academy in Yazoo City and the University of Mississippi. He is president of several companies in Memphis. He writes southern novels under the name James Hunter Stuart.