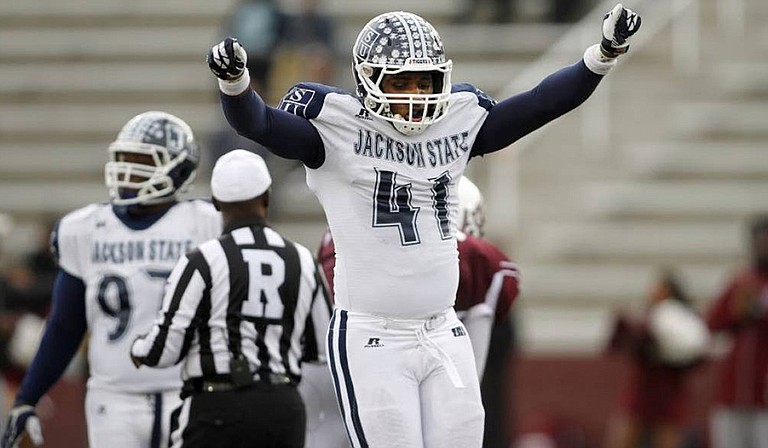 The Tigers were also breaking in a relatively unknown quarterback, LaMontiez Ivy. After eight seasons of Comegy, the major question was, could Jackson lead this team to SWAC championship after two straight losses in the title game?

The transition from one head coach to the next looked like the right call after the season began with wins over Florida A&M University and Virginia University of Lynchburg. Next came a two-game losing streak to Tennessee State University and Grambling State University. Jackson State beat the University of Arkansas at Pine Bluff to get its third win of the season, but then the wheels came off for the Tigers in the form of a five-game losing streak with the low point arguably coming in the form of a 27-23 loss to Mississippi Valley State.

The loss to the Delta Devils broke JSU's streak of 19 straight wins in the series. It gave Comegy a win over his former team and started rumbling that maybe Jackson needed to go as head coach.

Jackson, Chang and Ivy are back this season for the Tigers, and all three have a year's worth of experience under their belts. In his first full season as the starter, Ivy was very successful and should be even better this season. 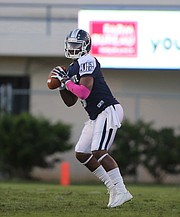 No matter who is quarterback for JSU, he will have the luxury of throwing the ball to junior wide receiver Daniel Williams, one of the best pass catchers in the nation.

Joining Williams in the receiving unit are senior wide receivers Jairus Moll, Devin Fosselman and DeSean McKenzie. The Tigers' passing game should have no problems putting up numbers this season. JSU brings back the core of its ground game this season. Jarius Moore and Robert Johnson IV are the top returning rushers from last season.

To add depth to the unit, JSU signed several players last offseason. Even after finishing third in the SWAC in total defense, last season's defensive coordinator Derrick Burroughs was not retained for this season. New defensive coordinator Alonzo Lee will switch the Tigers from a 3-4 defense to a 4-3.

The switch in defensive schemes means junior Javancy Jones and senior Teddrick Terrell will move from linebacker back to defensive end. Junior linebacker Stacy Nobles and defensive end Brandon Smith add experience to the unit. Jackson State will have two seniors, Robert Porter and Brandon Smith, to lead the secondary. The Tigers also have one of the best kickers in college football in Ryan Deising, who is so good that Jackson took him to SWAC Media Days.

Will the latest Jackson State team be the same one that won two straight games to open and close the season, or will it be the team that plummeted for five straight games in the middle of the season? The offense should be better with a second season in the scheme and with Ivy having a full season as a starter.

It will take improved play on the offensive line for the passing and running game to reach full potential. The coaching staff will have plenty of depth to work with. A nice mix of returning players and newcomers is fighting for starting jobs. Even though the Tigers finished well in total defense, the unit needs to be better against the run. Success might be determined by how quickly the players adjust from a 3-4 to a 4-3, and also a new scheme and defensive coordinator.

This season will be a success if Jackson State can turn its record around from 5-7 last season to 7-4, or win eight games. The season will be a disaster if the Tigers suffer a second-straight losing season.