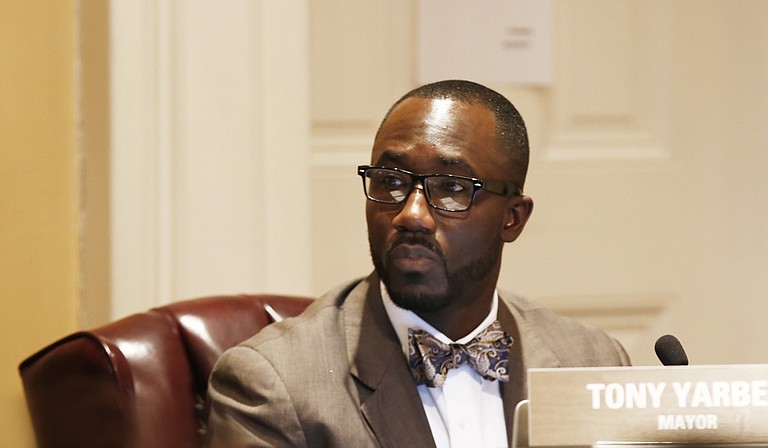 The Jackson City Council apparently learned its lesson about trying to eat an elephant one bite at a time in just a couple of weeks.

This year's budget hearings started more than a week earlier than last year and, instead of starting with agencies such as the zoo and airport, the first agency the council tackled this year is the most important for the city's bottom line: the Department of Public Works.

Public Works is responsible for maintaining the city's aging and deteriorating roads, bridges, water and sewer systems, and even for building maintenance and collecting money from parking meters. It also has been a lightning rod in recent months.

Officials presented the department's $298-million budget and highlighted challenges on the horizon. So far this year, the city has collected only 50 percent of the revenue from water and sewer customers budget writers projected for the year. In addition, revenues from the West Rankin Utility Authority, a customer of Jackson's sewer system, are expected to be $1.5 million less than last year; the city is currently suing WRUA for attempting to end its agreement with Jackson and build its own wastewater plant.

A recent water break in south Jackson that forced thousands of residents to go on well water, which the City does not bill, also represent a significant revenue loss, Jerriot Smash, a public deputy director, told the five council members present.

Some help is on the way when a new billing system, one of the key components of the Siemens contract, comes online later this month. "That is big for us. A lot of the problems with our ability to bill has to do with the age of that system," Smash said Monday.

The public-works department also oversees the Water and Sewer Bill Administration, or WSBA, which came under scrutiny when a consultant's report uncovered inefficient collection practices and possible fraud. Raftelis Financial Consultants found that the City has a large amount of uncollected revenue from delinquent accounts and those with large balances because it does not have a good system to collect unpaid or large bills.

The consultants also reported that the so-called E-code accounts, which are reserved for critical institutions and residents with health problems, have no oversight. The consultants outlined potential fraudulent activity through falsified E-code accounts, unwarranted bill adjustments possibly performed for friends and family members of WSBA cashiers, intentional stop-billing orders, falsified meter reads, meter tampering and cash payments that never make it to the bank. The public-works presentation will continue Wednesday morning.

Members of the Jackson City Council are frustrated with Mayor Tony Yarber and his budget writers for giving what they say is incomplete information and, at times, blindsiding them with budget moves.

For example, the mayor's budget, which expects $494 million revenue in the coming fiscal year, takes into account employee furloughs made public late last week, an 8-percent property tax increase and dipping into the city's reserve funds. State law requires Jackson to maintain 5 percent of its budget in reserves; the city passed an ordinance in 2006 to require an additional buffer of 2.5 percent, for a 7.5 percent reserve fund.

"With all we have going on with bond ratings right now, it would be terribly unfortunate if we had to reduce that fund balance," Ward 7 Councilwoman Margaret Barrett-Simon told Yarber.

The council was taken aback by the knowledge because in May, Ward 3 Councilman Kenneth Stokes proposed lowering the 7.5 percent threshold, which failed to draw support from his colleagues on the council.

Trivia Jones, the director of the Department of Administration, who also oversees writing the mayor's budget proposal, advised against the move at the time, saying it would be a disservice to Jackson's bond ratings.

Robbi Jones, the city's financial adviser, agreed with Jones as well. Yarber explained that the first draft of the budget did not include using reserves, but said he directed the budget office to rewrite the plan using them.

Yarber said he suggested the use of reserves to avoid a two-day furlough instead of the one-day-per month furlough he has directed to begin in October. He also noted action from the council earlier this year to raise the city's minimum wage, which he said would have a domino effect as new employees start earning similar wages to workers who have been employed with the city for years, but have not had a pay raise. Yarber expects some of those employees to demand raises or leave their City job. "We have legislated ourselves into a hole," Yarber said.

Meanwhile, the council is still seeking clarification on the budgetary impacts of planned worker furloughs, hiring freeze and tax increase. Yarber's budget projects $494.6 million in revenue for the coming fiscal year, which begins Oct. 1, a decrease from last year's adopted budget of $511.4 million.

Already this fiscal year, city revenues are behind expenditures by $3.9 million, Jones said Tuesday morning at a presentation on revenues. To help fill the gap, the mayor's budget includes an 8-percent hike in property taxes. In addition, starting in October, all full-time City of Jackson employees will be required to take one furlough day per month. "(That goes) from the mayor on down," city spokeswoman Shelia Byrd told the Jackson Free Press Friday evening.

City Council President Melvin Priester Jr. told the Jackson Free Press that he wants to see the mayor's math on the furlough. Specifically, he asked about the savings of furloughing employees for a day without initiating a hiring freeze.

In a statement to the news media, Byrd said: "We've spent months working on the proposed budget for the next fiscal year. Our budget analysts estimate a revenue deficit of about $15 million, so our budget decisions had to be based on reshaping the financial integrity of the city while preserving jobs. This was not an easy decision. However, we recognize that other municipalities have implemented furloughs as a means of closing budget gaps. We've considered a number of options, and the consensus was to observe the equivalent of a four-hour biweekly furlough."

Exceptions to the furlough include part-time employees who work fewer than 30 hours per week and lower-ranking police and fire department staff.

"We understand that there have been several factors contributing to our current budget situation. It did not happen overnight. It is the result of declining revenue (and) budget practices that did not ensure viability, such as using the city's cash reserve to balance the budget and adhering to fee policies that do not reflect the economics of the day."

Ward 6 Councilman Tyrone Hendrix said Yarber's administration and the council have talked about a number of options. Byrd said the furloughs would save $4.9 million.

"This is the hardest thing to discuss because it affects the lives of city employees," Hendrix told JFP.

Hendrix applauded the Yarber administration's focus on cleaning up blighted properties and code enforcement as a revenue stream and suggested beefing up those efforts to raise even more revenue.

A committee that included JATRAN riders recommended the city go with the offer from National Express for approximately $4.5 million, officials said today. John Andoh, the city's transportation planning and transit services manager, said the move would save the city $2 million in the upcoming fiscal year.

Andoh said the city's legal department is considering a request for proposals for advertising on JATRAN buses, benches and shelters.

Currently, the city has a management contract; under that agreement, the city would pay for any cost overruns. With an operations agreement, which does not include purchasing new equipment, National Express would absorb any overruns.