Don’t Be That Guy 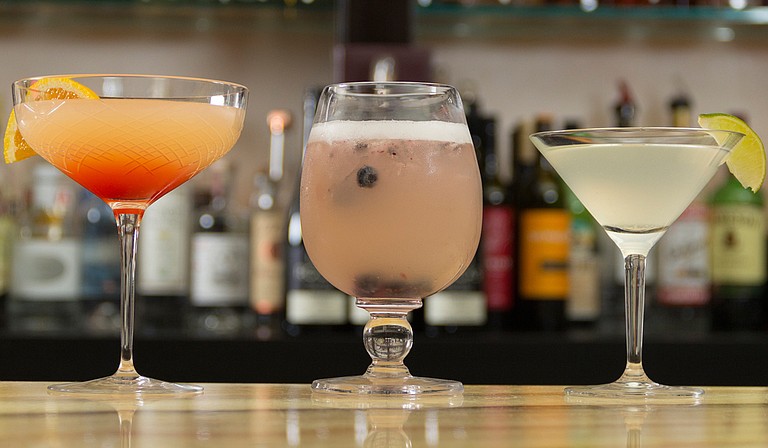 Sometimes, going to a bar consists of more than just good cocktails and conversation. Courtesy Flickr/Dinnerseries

Some people are talented in the art of the quick comeback. I am not one of those people; I'm the sort who, an hour later, goes, "What I should have said in response to that snide comment was ..."

I recently found myself in a situation that left me not only coming up with better responses after the fact but also made me reflect on its deeper implications of what sort of behavior I'm willing to tolerate or excuse. More specifically, it made me realize that, out of fear of being thought of as impolite or rude, I allowed a creepy guy to engage in inappropriate behavior that made me really uncomfortable, and I let him get away with it.

And so, dear readers, this week, I beseech you: Fellows, don't be that guy. Pick up on the cues that ladies give: "I'm uncomfortable or not interested; please leave me alone." Ladies, stand up for yourself and don't let creeps get away with it. Allow me to break it down by way of example.

After work one night, I stopped at one of my usual spots for a glass of wine before heading home to be domestic and cook dinner. As I sat, a man (I'll not dignify him by calling him a "gentleman") came in and sat next to me.

Nothing unusual there. It's a bar; it was getting relatively crowded. We started chatting. Again, not unusual; I enjoy engaging in conversation with folks. He was in town for business, and I enjoy talking to out-of-towners, helping them to get a good taste of Jackson and hearing interesting stories.

Now here's where the signal-reading comes into play. I noticed that he did not have on a wedding ring and, therefore, I thought it best that he not misinterpret my friendly conversation as flirting, so I rather quickly peppered my comments with references to my boyfriend. (Fellows, this is cue No. 1 that a lady is not interested in you.) Apparently, he was either clueless or didn't care, however, because as he settled into his dinner, he began brushing his hand against my leg.

At first, I thought, perhaps it was an accident, but then ... it happened again. It never lingered or became an actual grope; it was just a brush but enough that it was definitely not an accident and definitely unwelcome. And yet, because it wasn't overt, for some reason, I felt like I couldn't call him out on it. He could play it off as an accident or deny it. And I couldn't physically brush his hand away because it didn't linger that long. So instead, I just sat there thinking, "Is he really doing that?" and started inching my chair further away from him.

But here's the crazy part. Maybe it's that southern manners thing or a female thing, but I kept talking to the fool.

I thought, "If I physically recoil from him, and he'll just quit touching me, I'm OK having a conversation while I finish my wine." But he still didn't pick up on—or care about—my discomfort. Because then he got bold, and his hand found its way to my back.

Guys, if a gal keeps mentioning her boyfriend and physically moves her chair away from you, I assure you, she does not want you to touch her. She probably doesn't even want you to look at her. By this point, I was completely uncomfortable, recoiling forward and away from his touch. But still, I didn't say anything about it. I just finished my wine, paid my tab as quickly as possible and ran out.

It was only later that week that I got really riled up about it after realizing that I'd allowed this jerk to make me uncomfortable, invade my personal space and get away with it. Why? Because I didn't want to be rude to him? I didn't want to assert my right to be free from unwanted groping out of fear that he might be offended? That doesn't make any sense.

Yet, I'm pretty sure that I'm not the only gal out there who's had this happen. So, my fellow bar-going gals, I challenge and offer my support for you to stand up for yourself next time that it does (because it inevitably will). And as for me, I'll keep talking to folks at bars. For the most part, I just end up having a perfectly innocent and interesting chat, but next time, I'll be ready to tell off any creepers.