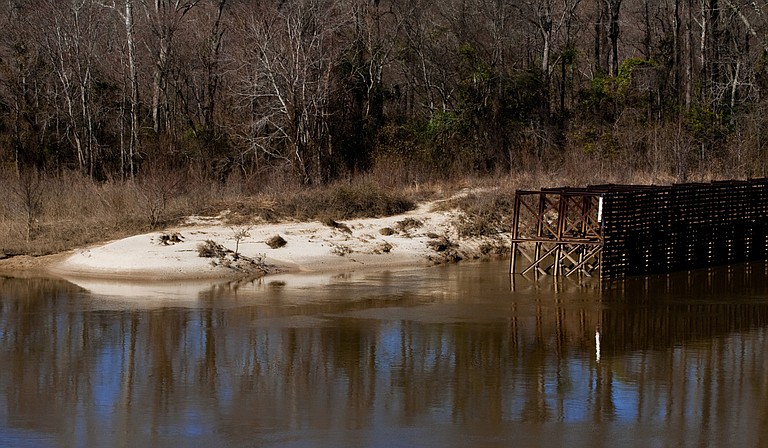 JACKSON, Miss. (AP) — A conservation group has declared the Pearl River one of the Top 10 Endangered Rivers for 2015 because a dam project proposed south of Jackson might threaten areas of the river downstream.

"Building a new dam on the Pearl River would be an expensive boondoggle that would cause irreparable damage. Now is the time to protect and restore our rivers, not build new dams and destroy the health of rivers and fisheries," Ben Emanuel, with American Rivers, told The Sun Herald.

The Washington, D.C.-based group announced the designation Monday. The group said a flood- and damage-control district is proposing a dam that would create a reservoir nine miles downstream from the Ross Barnett Reservoir northeast of Jackson, which is the largest provider of drinking water to the city and the state. The project would also widen, deepen and straighten seven miles of the river.

The plan is currently under review with the U.S. Army Corps of Engineers. The Rankin-Hinds Pearl River Flood and Drainage Control District, also called the Levee Board, sent the environmental-impact study, or EIS, that considers a number of flood-reduction options to the Corps of Engineers late last year. Planners expect the agency's review to take through the end of 2015.

The study contains 12 alternative proposals, including the Levee Board's preferred option, the plan commonly referred to as "One Lake," a 1,500-acre six-mile-long lake that would extend from Lakeland Drive southward down to Richland.

Dallas Quinn, the spokesman for Pearl River Vision Foundation, which is the nonprofit that oil businessman John McGowan started to shepherd his flood-control and economic-development plan, estimates that One Lake would cost about $300 million to build.

The Pearl River contains 7 million acres and drains an area of 8,760 square miles, draining all or parts of 23 counties in Mississippi and three parishes in Louisiana. It flows about 421 miles before it empties into the Gulf of Mexico through Lake Borgne and the Mississippi Sound.

In January, the Mississippi Commission on Marine Resources in Biloxi passed a resolution opposing the dam project. The agency said it is concerned about anything that could have a negative impact on marine resources, particularly the oyster reefs that need freshwater from the river flowing into the Mississippi Sound.

The agency said it will hear from members of the Rankin-Hinds Pearl River Flood and Drainage Control District at its April meeting.

American Rivers has called on the U.S. Army Corps of Engineers to reject the Environmental Impact Statement and feasibility study on the project.

It argues that reducing the flow of the Pearl River could jeopardize three threatened species, flood prime bird habitat, change the levels of saline in the Mississippi Sound and impact the basin that includes the Pearl River Wildlife Management Area and Honey Island Swamp.

Mary Stripling, vice president of the Jackson Audubon Society, said, "The bird habitat along this major migration corridor provides one of the most important and diverse avian communities in our state. This project threatens to remove valuable bottomland, hardwoods and wetlands that are vital to many species of birds, especially those in decline."

R.L. Nave contributed to this story. Read more about lake proposals for the Pearl River at jfp.ms/pearlriver.