Administration Says Hospitals Will Save $5.7B from Unpaid Bills Due to Health Law 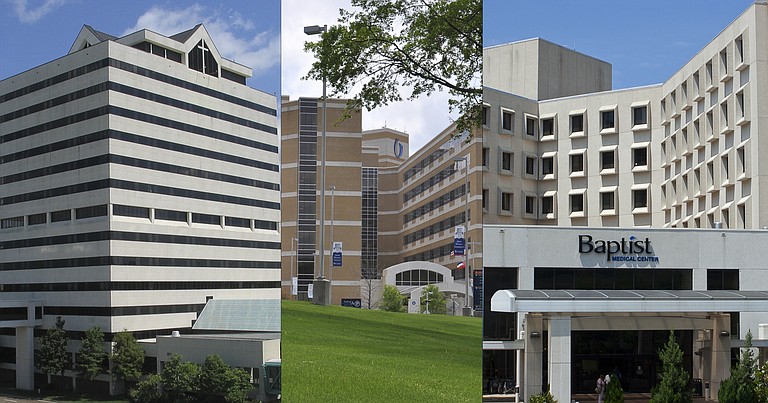 Hospitals are projected to save $5.7 billion this year as previously uninsured patients gain coverage through the 2010 health care law, the Department of Health and Human Services said Wednesday.

States that have expanded their Medicaid programs will see about 74 percent of those savings, an HHS report said. While 27 states and Washington, D.C. have expanded the federal-state insurance program for the poor to date, the survey was done when 25 states and D.C. had done so.

"This is one of the reasons that we see hospitals and others supporting the expansion of Medicaid," HHS Secretary Sylvia Burwell said at a briefing with reporters. While the health law required states to expand Medicaid, the Supreme Court made that optional.

For months, safety net hospitals in states that expanded Medicaid have reported a decline in uninsured patients. Seattle's largest safety-net hospital reported this spring that the proportion of uninsured patients fell from 12 percent last year to an unprecedented low of 2 percent—a drop expected to boost Harborview Medical Center's revenue by $20 million this year.

And the share of uninsured patients was cut roughly in half this year at two other major safety net hospitals—Denver Health in Colorado and the University of Arkansas for Medical Sciences Hospital (UAMS) in Little Rock, Ark.

Hospital officials say the biggest impact of the change is on patients themselves. Rather than having to rely on emergency rooms, newly insured patients can see primary care doctors and get diagnostic tests and prescription drugs, among other services.

Safety-net hospitals, which treat a disproportionate share of poor and uninsured people, generally face billions of dollars in unpaid bills. Most are government-owned or nonprofit, and they typically struggle financially because their urban locations mean they treat more uninsured patients who show up in emergency rooms and cannot be turned away.

"Even in states that have expanded Medicaid, our members continue to face the burden of Medicaid payment rates that fall well short of the true cost of care," Bruce Siegel, president and chief executive officer of America's Essential Hospitals, said in a statement.

Some hospitals in states that have not expanded Medicaid, meanwhile, are facing these financial pressures, including the 2 percent across-the-board Medicare cut from budget sequestration, without the benefits of additional revenues due to more patients having Medicaid coverage.

Hospitals in states that have not expanded Medicaid are projected to save up to $1.5 billion this year, or about 26 percent of the total savings nationally, according to HHS.

An Urban Institute study published in the May edition of Health Affairs estimated the costs of uncompensated care to hospitals as high as $45 billion in 2013. Government programs helped defray 65 percent of those costs, the study estimated. That left providers billions of dollars in the hole.

Under the health law, states can expand Medicaid to people with incomes up to 138 percent of the federal poverty level, or about $16,000 for an individual. The federal government covers 100 percent of the costs of the expanded population through 2016, which will then taper down to 90 percent of costs by 2020.

From the beginning of the health law's open enrollment last October through July of this year, nearly 8 million additional people have enrolled in Medicaid or the Children's Health Insurance Program (CHIP), the agency reported. While open enrollment in private plans sold through the health law's online marketplaces begins Nov. 15, signups for Medicaid and CHIP continue throughout the year.

In a briefing, Burwell said the agency is testing a simpler, easier-to-use application for coverage on healthcare.gov, the government insurance site used by millions of people, and that the entire site is undergoing testing for security and to ensure it can handle heavy demand. "There are deadlines every day," she said.

Burwell said it's critical to focus not only on re-enrolling the approximately eight million people who signed up this year, but on reaching the millions more who are still uninsured. "We're equally focused on both of those populations."

Burwell reiterated she will focus on quality, affordability and access when evaluating the impact of the health law, but said "the real measure" is its reduction in the uninsured. She pointed to a New England Journal of Medicine report that more than 10 million adults have gained coverage through the health law.

Burwell said the savings to hospitals released Wednesday may help convince governors who have not expanded their Medicaid programs that they should do so. She said she hoped that those who have opposed expansion might change their minds after talking to their colleagues who have. "I think it's true that people are influenced by people who are like them," she said.