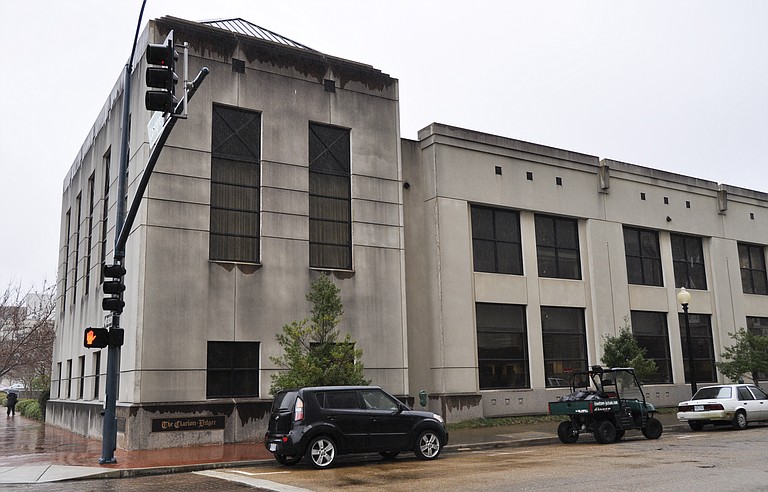 Like many Gannett properties, The Clarion-Ledger has suffered a steady decline in readership in circulation over recent years, bringing its Sunday circulation (the biggest day for dailies) to around 60,000 in 2013. Photo by Trip Burns.

Brian Tolley, the executive editor of The Clarion-Ledger, announced his departure this afternoon on the newspaper's website. Tolley, who has managed the newsroom since March 2012, will helm news operations for publications in Hilton Head, S.C., the C-L reported.

According to a story on the C-L's website, Tolley's tenure brought the advent of a digital pay meter as well as the addition of national and world sections of USA Today as part of a initiative to fatten up the local paper and bolster declining circulation. The most recent publicly available information shows the C-L's Sunday circulation (the biggest day for dailies) had dipped to around 60,000 as of 2013.

"Content coverage also shifted noticeably. An investigative and enterprise team was formed to do major projects, and many traditional coverage areas were eschewed while more resources were poured into covering state government, politics and college sports in a more comprehensive way."

Tolley's exit was not entirely unexpected.

In late July, the C-L announced that Jason Taylor, formerly of the Chattanooga (Tenn.) Times Free Press, would take over operations at the Jackson daily as well as the Hattiesburg (Miss.) American and Montgomery (Ala.) Advertiser, succeeding Publisher Leslie Hurst, who retired July 31.

Meanwhile, Gannett is rolling out a plan to revamp its newsrooms by having fewer editors and requiring other newsroom staffer to reapply for their jobs. A source with knowledge of Clarion-Ledger operations tells the Jackson Free Press that this fall employees at the Jackson-based daily will learn how the newsroom has been reconfigured and whether their jobs exist. Employees will then have an opportunity to interview for new positions.

Jim Romenesko reported on his blog that some of the new job titles include community content editor, content coach, engagement editor, news assistant, planning editor, and reporter I, II and III.

Taylor said the paper would begin searching for a new editor right away; Dustin Barnes, who has worked for the C-L for five years and had been covering Jackson city hall, also recently announced his resignation. Barnes has been handling City of Jackson coverage since Brian Eason left for the Indianapolis Star, a Gannett sister publication, this spring.

"All newspapers are faced with covering news with fewer people," Tolley said in the C-L web story. "That's the reality. If we had continued as an institution to try to do everything we did 10 years ago, then we would have ended up not doing anything of substance, and not doing anything very well. Instead, we tried to be great at a few core things, and investigative work and community leadership journalism were always atop that list."