Facing ‘The Problem’ with 7evenThirty 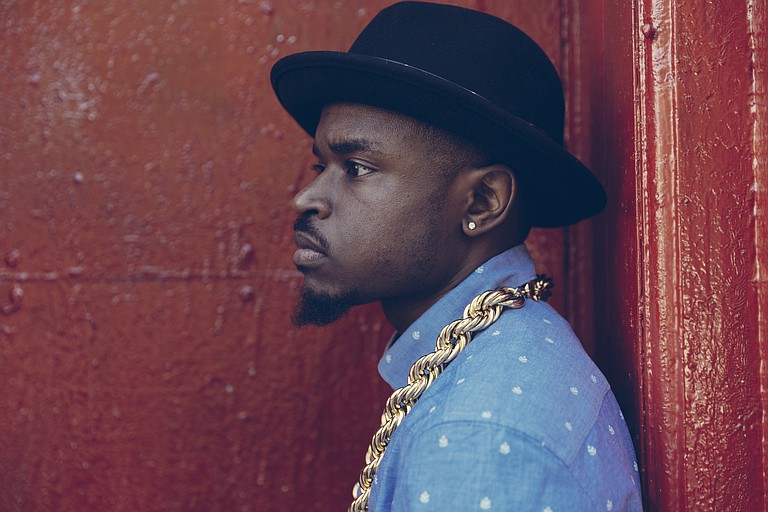 Jackson-born rapper 7evenThirty’s experiences led him to confronting social issues through his latest release, “The Problem.”

Jackson native and Dallas, Texas, resident Marques "7evenThirty" Phillips' early musical influences helped shape the eccentric lyrical style of his rap. From Prince to ODB, he marveled at and later imitated these icons' fearless approach to making music and the individuality that made them legends.

Trying to force 7evenThirty's music into a neatly packaged genre is like trying to pin down a cloud. Just when you think you have a grasp on it, there's a shift, and it morphs into an entirely new form. He describes his own sound as "hardcore space gangsta music," attributing the hardcore aspects to the likes of Wu Tang Clan and the intergalactic weirdness to Outkast. Whatever you want to call it, 7evenThirty's latest album, "The Problem," is teeming with hard truths and elevated lyrics that demand your attention.

Author Henry James once advised aspiring writers to create strictly from experience, a lesson that 7evenThirty seems to have taken to heart. When he alludes to schools being a pipeline to the prison system, he isn't simply basing his opinion on an article from The New York Times; he's seen it first hand.

When he first moved to Dallas in 2010, he worked on the campus of Southern Methodist University, engaging kids who had been kicked out of their traditional schools due to an array of behavioral struggles.

He was tasked to provide a creative outlet through music, dance and set design. Over the course of the seven-week program, "Creative Solutions," he organized the elements into full production. In his eyes, some of these kids were in danger of entering this school-to-jail succession, and he was that catcher in the rye, hoping to keep them from falling off the edge. "These kids are a result of their environment and leadership. If their leadership isn't doing so hot, they aren't doing so hot," 7evenThirty says.

It's these experiences that forced his hand into creatively addressing "The Problem."

"My creativity is full of pressure. (It's) like a beast that beats me into the ground until I submit to it, until I do what I need to do," he says.

The full weight of being obliged to speak for the marginalized can be mentally and physically taxing, but he acknowledges that he isn't in this fight alone.

"As an artist it's my obligation to play my part in a bigger puzzle," 7evenThirty says. "I can't do it all by myself. Each artist has to play his or her part."

In "The Problem," 7evenThirty highlights the gambit of issues facing contemporary America. From the gentrification and disenfranchisement of black society to police militarization and stand-your-ground laws, he provides his listeners with more than ample ammo for critical thought. 7evenThirty doesn't claim to have answers to the problem, though. As he admits in the track "Generation Why," "Conscious dudes be the most confused."