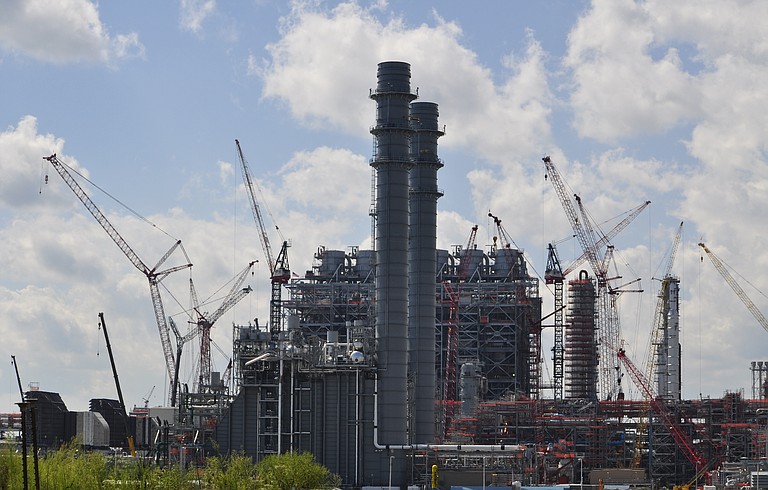 Southern Co. said Thursday that it will cost at least another $59 million to finish the power plant it's building in eastern Mississippi's Kemper County, pushing the total cost above $5.6 billion. Photo by Trip Burns.

JACKSON, Miss. (AP) — Southern Co. said Thursday that it will cost at least another $59 million to finish the power plant it's building in eastern Mississippi's Kemper County, pushing the total cost above $5.6 billion.

The Atlanta-based parent of Mississippi Power Co. also announced that the work on the parts of the plant that will gasify lignite and extract chemicals now won't be done until the second half of 2015. Another part, where turbines generate electricity, is running on natural gas.

The additional money is supposed to pay for material and labor during the plant's startup phase, including contract workers to help test equipment and systems. Last month, Southern increased the amount of money for these items by $29 million.

Mississippi Power said it, and not its 186,000 customers from Meridian to the Gulf Coast, will pay the additional money.

Customers are already paying 18 percent higher rates for Kemper. Mississippi Power has said it's likely to seek an additional increase of at least 4 percent over 20 years to pay off $1 billion in bonds that the Legislature is allowing the company to issue as part of the settlement.

The plant and associated lignite coal mine were originally supposed to cost $2.8 billion.

The utility is on track to absorb $1.65 billion in cost overruns, as well as $133 million in federal tax credits that the company is forgoing. The latest overruns won't officially be absorbed until Southern announces quarterly earnings on Oct. 29.

Spokesman Jeff Shepard said the company is constantly re-evaluating how much Kemper will cost.

"As decisions are made, the schedule gets pushed out and it's decided additional costs are going to be required," Shepard said Thursday in a telephone interview.

He was unable to provide further details on exactly why spending on the startup and testing phase is expanding so rapidly.

In August, Mississippi Power put three power generating turbines into commercial operation burning natural gas piped to the east Mississippi plant, even as Mississippi Power works complete parts of the plant that will turn lignite coal into synthetic gas. The entire operation, which Mississippi Power calls Plant Ratcliffe, is scheduled to be completed before the end of June 2015.