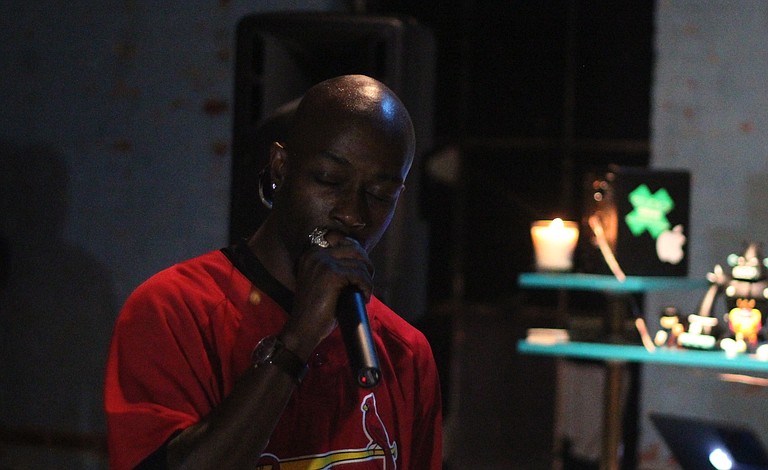 After two years and more than a dozen albums released, indie labels Elegant Trainwreck and Homework Town celebrate their successful merger at Offbeat, Saturday, Nov. 8, including a performance by 5th Child.

Local record labels Elegant Trainwreck and Homework Town have played a big role in expanding music in Jackson. Two years after joining forces, owners Garrad Lee and Cody Cox are drawing an impressive lineup for their anniversary show Nov. 8 at Offbeat, celebrating the labels' achievements and their visions for the year ahead.

Although Cox's Elegant Trainwreck and Lee's Homework Town are nigh inseparable at this point, they were at vastly different stages when the duo first combined efforts. Cox created his label about two years before the merger as a way to release music from his solo project and his bands, Liver Mousse and Furrows. Meanwhile, Lee was just launching his hip-hop and electronic brand. Nevertheless, the two shared much in common, including a desire to blur lines in Jackson's divided music community.

In June 2012, they created the first Blender show, a genre-uniting concert series they still organize. After its success, they sought out another collaboration. Lee planned to release new music for Jackson rapper 5th Child, while Cox's band Liver Mousse was piecing together new tracks. They decided to fuse the projects into one split seven-inch record.

Two years later, that communal mindset is the driving force behind Elegant Trainwreck and Homework Town. The anniversary event showcases many diverse, promising artists that Cox and Lee, both 35, have worked with this year, including Jaxx City, Swamp Babies and the Empty Handed Painters. The show also features a look to the near future with performers such as Vibe Doctors, Tira D and Young Valley, all of whom the label hopes to release music for in 2015.

In part, it was the labels' limitations that created their strong stable of Jackson upstarts. "We try to stay realistic in what we can push instead of having two dozen artists we barely have time to do anything for," Cox says. "We do a lot of stuff to (support musicians), even if we don't release a record for someone, like putting them on shows."

Early in his own career, Cox struggled with a lack of direction. Outside of bigger independent labels such as Esperanza Plantation, now located in Memphis, Jackson musicians didn't have many options. He often spent money and effort on the wrong things. Cox hopes to help the newcomers avoid those pitfalls without tying them down.

"It's a real open-door policy. If they stay with us, it's because they really want to stay with us," he says. "We pick people that we already enjoy their music, and they might flounder and not get anything completed without a little guidance and push."

The Elegant Trainwreck-Homework Town Two-Year Anniversary Party is at 7:30 p.m. Saturday, Nov. 8, at Offbeat (151 Wesley Ave.). Tickets are $5. For more information, visit elegant-trainwreck.com or find the event on Facebook.