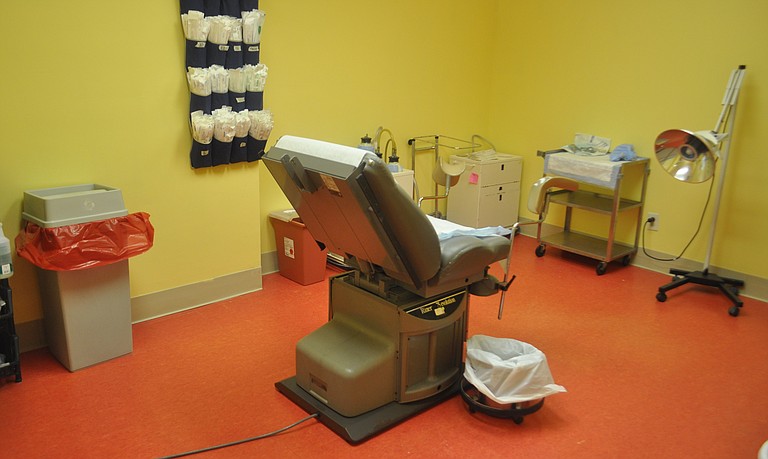 The law the 5th U.S. Circuit Court of Appeals is examinging, which requires abortion clinics to have admitting privileges to nearby hospitals, has been applied to and threatens abortion clinics in several southern states. Photo by Trip Burns.

Any day now the 5th U.S. Circuit Court of Appeals could decide the constitutionality of a law that would close the last abortion clinic in Mississippi, effectively banning abortion in the state. The law, which requires abortion clinics to have admitting privileges to nearby hospitals, has been applied to and threatens abortion clinics in several southern states.

The tactic, pushed by anti-abortion activists with the intent to abolish abortion, has moved throughout the southeast region of the country, from Texas to Mississippi, Alabama and, most recently, Louisiana. In each case, the state Legislature has passed laws requiring abortion providers to gain admitting privileges to nearby hospitals—privileges that, in many cases, are impossible to acquire.

The 5th Circuit already upheld a Texas admitting privileges law that closed virtually half the abortion clinics in Texas. The same court will decide whether a similar law is constitutional in Mississippi, being that it would make access to abortion inaccessible in the state, even though it's been protected as a constitutional right since the 1975 Roe v. Wade decision,

Matt Steffey, Mississippi College law professor, said arguments regarding abortion can be especially hard to make in the 5th Circuit. "The 5th Circuit is perhaps the most conservative circuit in the country. It's disinclined to read the U.S. Supreme Court's decisions on abortion rights expansively. Those combinations of factors tell me that the people challenging the law, while I think their challenges may have a lot of merit, may ultimately face an uphill battle," Steffey said.

Jackson Women's Health Organization, Mississippi's only abortion clinic, has been unable to receive admitting privileges from a nearby hospital not because of violations regarding its physicians but because of the stigma surrounding abortion.

"Each of the responses of those hospitals had nothing to do with my doctors. Each one said they were not in the abortion business," JWHO owner Diane Derzis said.

Gov. Phil Bryant has made it clear that his goal is to shut down the abortion clinic, which, Steffey said, could make the "so-called health measures" unconstitutional. Steffey said the 5th Circuit might rule in favor of JWHO if the judges thought shutting down the last clinic "goes too far."

"Whether that will persuade the court or not, we'll have to wait and see," Steffey said. "If these matters were cut and dry, we wouldn't constantly be bouncing in and out of federal court."

Jonathan Will, a Mississippi College associate professor of law who specializes in health-care law, said law could be struck down for two reasons: because the law places an "undue burden" on women, or because the law's purpose is to create obstacles for women trying to receive an abortion. In the Texas case, the law was found to have the legitimate purpose of ensuring women's health, and was not ruled as creating an undue burden because other clinics in the state would remain open.

These two tests of constitutionality were established in Planned Parenthood v. Casey, a case that addressed abortion restriction laws. Besides the possibility that closing the last Mississippi abortion clinic could be ruled as an undue burden for women, Will said the court could strike down the law under the "rational basis review," which determines if the law has a legitimate purpose, because public figures including the governor have admitted that the goal of the law is to close the clinic.

Professor Will addresses a domino effect that could occur if surrounding southern states pass and the court upholds similar laws that would eventually create undue burden, but Steffey does not believe a domino effect will have that outcome. Instead, he said, the ramifications of these restrictive laws affect the same group of people no matter what state in which they occur: the poor.

For members of Mississippi's Legislature, as Steffey points out, the cost of an abortion would be a plane ticket to another state or country, for that matter—a cost the well-to-do can afford. "What we're really talking about here is restricting access for abortion for poor people," Steffey said.

The fact that legislators and other wealthy anti-abortion activists have the means to travel out of state is only the first hypocrisy in attempted abortion bans, he added.

"The second hypocrisy is that the very people who would ban abortion are also especially unlikely to provide help to the poor women—health care, food, and the like—who will now, as a matter of fact, be required to carry the baby to term," Steffey said.

If the appeals court rules in favor of the Mississippi Legislature, Derzis plans to take the case to the U.S. Supreme Court.