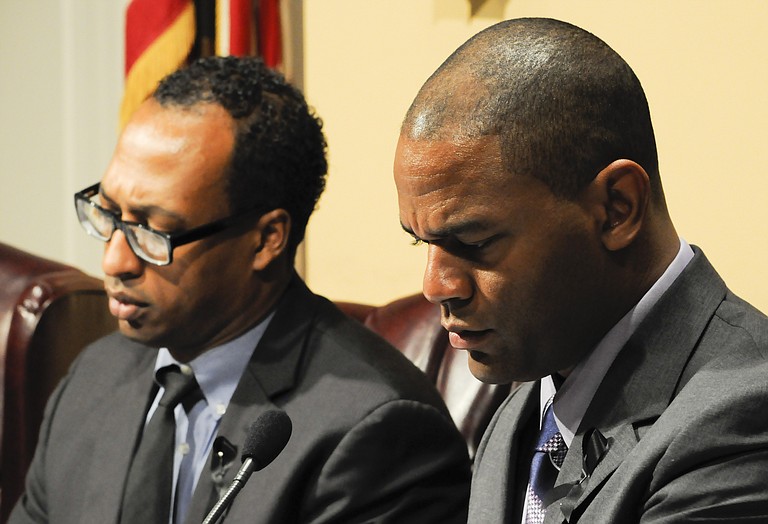 One evening a couple of weeks ago, Ward 4 Councilman De'Keither Stamps was out shopping when he received a frantic call from his daughters. The knobs had come off a bathroom faucet, and water was shooting all over the place. Stamps returned home, got his toolbox, turned off the water and fixed the problem.

Stamps' council colleague, Ward 2 Councilman Melvin Priester Jr., had a similar problem recently. A break in the water line to a neighboring vacant home was threatening to flood his northwest Jackson home, he said.

"The problem got solved by the plumber. The crisis was averted," Priester told the Jackson Free Press.

But Priester and Stamps fear that such crises may be more difficult to avoid with new electronic water meters the city is installing at homes across the capital city.

Unlike in the current water system, where residents could open the metal box that encases the meter and shut off the water in cases of emergencies—which also made it easy for people to manipulate to get water illegally—the new meters are remote controlled, which also saves the city water department from having to send employees to turn water on and off. So far, crews for Siemens subcontractor M.A.C. & Associates LLC have installed 10,000 of the new digital meters have been installed; all together 65,000 homes will receive the new meters.

In June 2013, the seven-member Jackson City Council entered into a energy performance contract with German engineering giant Siemens to install new water meters, upgrade the city's billing software, replace equipment at the two water plants, and repair water and sewer lines. The $90 million price tag for the project is expected to be realized through cost savings and new revenues, city officials said at the time.

Some council members foresee problems that might hamper realizing those savings. For example, Stamps wonders what would have happened the night he had to make a quick fix in his bathroom if he had to call the city and have his water shut off. Priester is worried about the potential for mayhem if anyone can call up the water department to report an emergency and have someone's water turned off before the city can figure out what's going on.

In addition, there was no money added to the contract for a project manager from the city, which could cost anywhere from $2 million to $9 million, which the city cannot afford, council members say.

"These are questions that should have been asked on the front end," Stamps said.

So far, many of those questions remain unanswered. Charles Williams, the city's interim public works director, said at the May 19 regular city council meeting that the issues Priester and Stamps raise are the subjects of ongoing conversations between his department and Siemens.

The Siemens deal has made council members and citizens wary since May 2012, when Mayor Harvey Johnson Jr. presented a deal for council approval.

Under that agreement, Siemens would perform an audit of the city's water and sewer system. At the time, Siemens said it would only bill the city for the cost of the audit if the council picked another company to do the work. However, the council hastily approved Siemens as the contractor in July 2012, before a new mayoral administration came into office. Siemens hired the firm as a subcontractor to install the new meters.

In the meantime, there's been turnover both at Siemens as well as with the city, which council members say has made it more difficult to get information.

"This is a massive contract. We need to come up with a practical solution while we only have 10,000 (meters) installed," Priester said.

We're in Fondren, in an early 50s single family house. When mice chewed through a short length of PEX pipe feeding a shower, a few weeks ago, I was able to use a T-wrench to shut off the 1/2 turn valve feeding the new meter, just as previously. This is conventional. Installing or servicing the meter wouldn't be feasible without a shutoff on the street (feed) side. For new work, I think that code requires the shutoff just mentioned, at the meter location, and another, of a type and location more convenient for operation without getting a T-wrench and going out to the curb.
Maybe check with the Jackson building office to clear things up? If Siemens contractors have eliminated individual customer shutoffs in certain cases, there must be an explanation consistent with code, and therefore a new or relocated, accessible, shutoff somewhere. Thanks