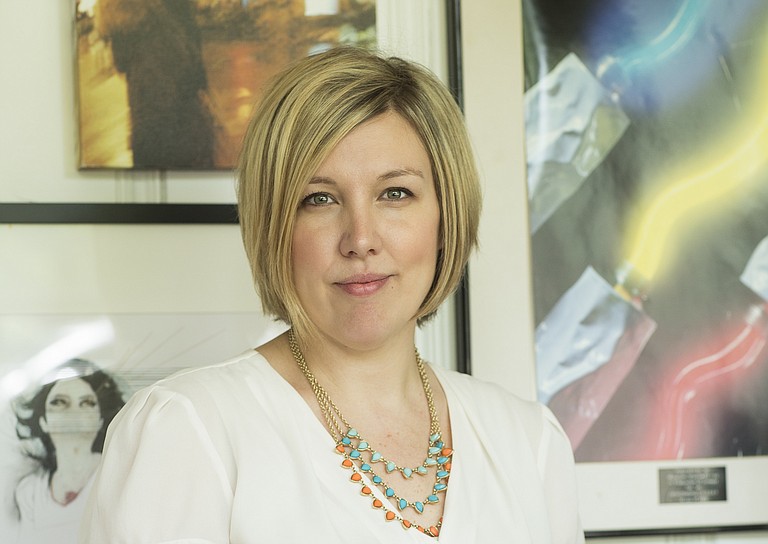 Ginger Williams-Cook, 33, was afraid, at first, to tell the story of her mother's death and her personal grieving process when Katie Green, a filmmaker from New York, approached her about a documentary. But she came around, sharing her story with the country.

Green visited Jackson in search of an interview with a public defender for a follow-up documentary for BBC about the death penalty in Mississippi. That public defender happened to be Williams-Cook's husband, Justin. During her stay, Green told Williams-Cook about another project with her film partner, Carlye Rubin, then titled "The Club." Before she knew it, Williams-Cook was a focal person in the HBO documentary "The (Dead Mothers) Club," which just premiered on HBO May 12.

The documentary features three everyday women growing and experiencing life without mothers—both the grieving process and how life must go on. Williams-Cook lost her mother, Gail, when she was 21.

Williams-Cook is a Jackson native and full-time artist. She often sketches images from her everyday life, drawing inspiration from Impressionists, fashion, music and history. Usually, elements of humor appear in her work.

Being an artist, Williams-Cook used creating as an outlet to move through her grief where she didn't have to necessarily think about the intense feelings.

"It's definitely been sort of a coping mechanism throughout the years," she said. A piece of Williams-Cook's art serves as the official film poster for "The (Dead Mothers) Club."

Her mother was always supportive of her talents as she attended William Carey University in Gulfport, Miss., where Williams-Cook double-majored in painting and drawing and graduated in 2004.

Williams-Cook is also a mother herself, to her 2-year-old daughter, Eloise, who was born in the midst of filming the documentary in spring 2012. She says the timing of the documentary was "impeccable," as she entered a new phase of grief for her mother while pregnant and anticipating her own motherhood. Revisiting old photos and memories while filming helped her feel even more connected to her mother.

"I think that grief handles me more than I handle it, in a way that grief can hit you when you least expect it, so you really don't have that much control over it," she said. "But you do have control over how you allow it into your life."

"The (Dead Mothers) Club will air throughout the month on HBO. It's also available on HBOGO.