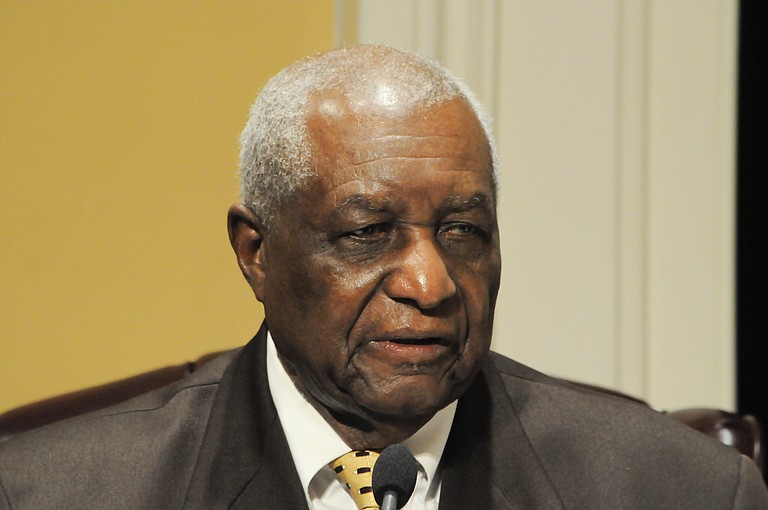 Charles Tillman is the acting mayor of Jackson. Photo by Trip Burns.

At a meeting of the Jackson City Council, after some debate among members, the council set the date of the special election for the late Mayor Chokwe Lumumba's seat: April 8, 2014.

"I just think the people of Jackson want to resolve this sooner rather than later," Priester said.

The council also set a special election runoff if needed for April 22. The city clerk's office will accept absentee ballots from Saturday, March 29 to Saturday, April 5.

The qualifying deadline for mayoral prospects will be 5 p.m. on March 19.

Earlier today, the Jackson Free Press broke the news that a campaign is coming together to draft Lumumba's son, Chokwe Antar, to run for mayor.

Council members stressed that voter ID would not be required for the election.