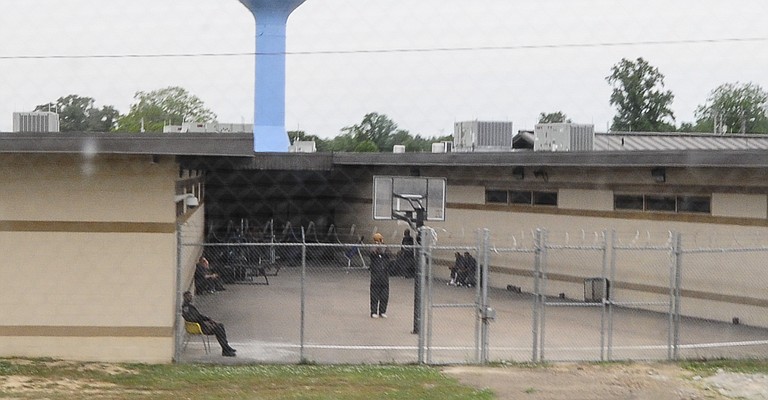 The U.S. Justice Department recently opened an investigation of the downtown jail and Raymond Detention Center. Photo by Trip Burns.

Everyone was on top of each other. The room, filled with approximately 15 men, reeked partly from the smell of urine and partly because they had not been granted showers for 10 days. An old blanket was wrapped around the base of the toilet to prevent it from leaking.

"When I did get to shower, I was called wetback (as a joke). It's bad enough that condition much less being racis(t)," Telse Mungia, an inmate at the Raymond Detention Center, wrote in a civil-rights complaint filed in federal court in September 2013. "I asked, 'Why are you (staff) doing this to me?' Response: You don't like it write a grievance. So I did, no response."

Jailers rarely took the men outside for fresh air or to stretch their legs after being crammed in a cell all day. Mungia was transferred to a different part of the jail, where he thought the conditions would improve.

It got worse, he said. "There are no lights in the cell I am in so all the writing and reading I do is in the dark like a dungeon as if I am a beast or a monster. My eyes hurt day and night from straining. I do to see what I am writing and reading. Also when I did make it to the shower, it was full of black mold so thick on the ceiling I could taste it and smell it."

The U.S. Justice Department is looking into the conditions of confinement for prisoners like Mungia and scores of other who have filed lawsuits making similar claims against the Hinds County Board of Supervisors, which oversees maintenance and funding of the facility, and the sheriff who runs its daily operations.

The DOJ announced June 2 that the agency would open a "pattern or practice investigation" of both the Raymond Detention Center and the Jackson Detention Center downtown. A DOJ press release states the investigation would focus "on whether Hinds County protects prisoners from harm at the hands of other prisoners and staff" and "improper use of force."

The allegations of Mungia and others undergird findings of a 16-page grand jury report also released last fall after Circuit Court Judge Tomie Green ordered an inspection of the jail. Green's order came after a string of security failures inside and outside the facility and describes the jail as "inadequately staffed" and in "deplorable" condition.

The combination of the deteriorating building, understaffing and prisoners who often wait years before they can face trial often breeds violence in jail.

Twice in recent years that combination has proven fatal for detainees—once in July 2013 when jailers found Larry David McLaurin swollen and unresponsive after being beaten (his cellmate was charged in his death) and again in March 2014 when Markuieze Bennett was killed in a riot, the second in three years.

Hinds County Board President Darrel McQuirter said improvements are under way and that he welcomes the investigation.

"They have not asked for anything specific from (the board)," McQuirter told the Jackson Free Press. "We're just in sit-and-wait mode."

Mallory Crawford, who said she could not locate her 21-year-old son, Julius, for more than a week after the March riot, believes the DOJ probe is long overdue.

"They need to hurry up with this," Crawford told the Jackson Free Press. Since the riot in which Crawford says Julius was injured, Julius has had to attend therapy and often cannot sleep.

The Feds should lock the Hinds County Board of Supervisors in the jail until the improvements are done--let's see how fast it would take then. This has gone on and on for years since that jail was built, I mean, jail doors that don't lock? Are you kidding me? An entirely new state of the art facility needs to be built by designers and a construction company that are expert at this type of construction, and the old jail needs to be torn down! If it takes a tax increase, then so be it. It's either that, or paying out the wahzoo in county funds for Federal fines and personal lawsuits.

If just a fraction of what these reports say are true, EVERYONE associated with these houses of HORROR should be brought up on charges of human rights violations and jailed. For this state to ALWAYS - ALWAYS talk about how CHRISTIAN it is, it blows my mind how you can justify treating ANYONE this inhumanely. (Well slavery was justified here but then I digress) I don't care if these are people who broke the law. We have an OBLIGATION to treat them HUMANELY for as long as they are there. If not, YOU become the animals you say they are!!! !