A Canon, If You Please 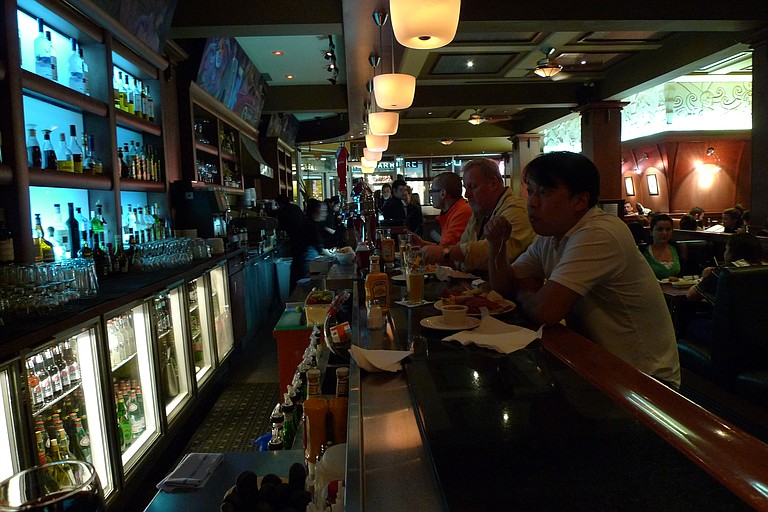 Driving to Canada to attend an experimental music festival with a guy who looks like a drug dealer will teach you a thing or two. First, at the border, don't let your companion say the two of you are going to a music festival in Victoriaville, Quebec; the border police will not believe him. Second, if you give them the festival director's phone number, they will call to confirm your attendance after which they will search your car. Finally, and most importantly, when you arrive at the festival—hungry, tired and exasperated because the throat-singing woman from Tuva sounds like an amplified kazoo—at least you will be met with delicious beer to make it all better.

In 1995, the year I attended the Festival de Musique Actuelle, it was still illegal in the U.S. to list alcohol content on beer labels. Most of the beer I'd enjoyed up until that time had an ABV of around 4 to 5 percent. I lived in New York state, so Canadian beer was widely available, but you had to cross the border to find beer higher than 6 percent. I'd heard tell of the mysterious, boozy, draughts from the North but had never gone to Canada for more than sightseeing at Niagara Falls. Some of my adventurous friends had risked problems at the border by smuggling six-packs of Molson Triple X back into the USA. Apparently, no one tossed their car.

While my companion sat agog over the Tuva-lady, I escaped to the bar to use the remnants of eighth-grade French class to order a drink. I wasn't looking for anything exotic, just something to facilitate joie de vivre and quiet the growl in my stomach. I looked down the row of taps behind the bar until my eyes fell on the image of an 18th century canon with a pyramidal stack of ammunition piled beneath the letter "N" in its name. When the bartender made his inquiry, I cleared my throat and said "Une Canon, s'il vous plait." Unimpressed by my patois, he asked if I wanted "une petite?" I used my hands to indicate "grande." He grunted in reply as he extracted a very tall, fluted glass from the wooden rack above his head.

RJ La Canon, brewed by Les Brasseurs RJ in Montreal, Canada, is a German Doppelboch (double boch) that is heavy on the malt and light on bitters with a heavenly 7.65 percent ABV. The German Beer Institute's website (germanbeerinstitute.com) says the double boch appeared in the late 18th century as variation of the "Fastenbier" brewed by the Paulaner Monks at the Cloister Neudeck ob der Au in Munich. The monks drank the strong beer during Lent, sustaining themselves for the 46-day fast between Ash Wednesday and Easter Sunday. The monks believed the drink to be a tonic for both body and soul with cleansing effects that were greatly enhanced by drinking more.

The bartender tipped the oversized pilsner glass to receive the dark lager. The beer streamed to the bottom of the glass, then folded back on itself in a swirl of suspended bubbles until the flute was full and a layer of buttery foam hovered at the rim. He kindly told me the cost in French. I didn't understand how much so I gave him a 20 and hoped he'd go away long enough for me to get a taste. While he was at the register, I took a sip-. It was still cold and crisp from the keg, sweet but not heavy, with an earthy undertone that lingered until you took another taste; this was a beer to remember.

When the surly bartender returned with my change, I "Merci Beaucoup'd" him with a wide smile. I stayed at the bar and sipped until the flute was empty and the throat-singer sounded almost cool. I wasn't hungry anymore and my cheeks glowed with grain-fueled wellbeing.

In a wave of good spirits, I ordered two more—une petite for me, une grande for my beau and a couple of Canadian bucks for the bartender. The next band was fantastic.