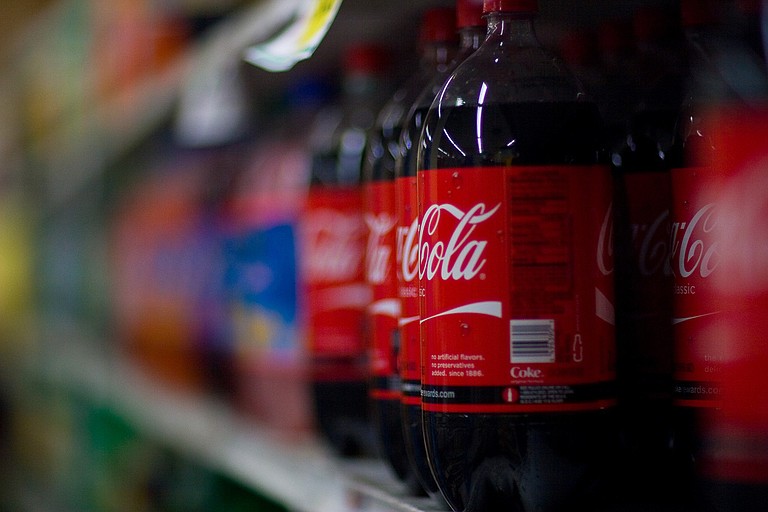 The largest direct use of corn by far is high-fructose corn syrup, most of which goes into sweetening soft drinks.

This story appeared on The Daily Climate.

But while climate change may prove more durable than America's fickle diet trends, a consumer shift away from the sweetener may ultimately have a bigger influence in the amount of corn syrup in our lives.

Corn, the biggest U.S. agricultural crop by far, is at risk because its thirst for water is growing at a time when the threat of drought is increasing, the report says. Ceres said corn production especially is imperiled by its reliance on stressed aquifers—in particular, the High Plains aquifer that spans eight Great Plains states and California's over-extended Central Valley aquifer.

"Escalating corn production for our food, livestock and energy industries has put the corn sector on an unsustainable path," said report author Brooke Barton, water program director at Ceres. Even though just one-fifth of the U.S. corn crop is irrigated, water demand has grown as overall corn production has skyrocketed. Barton said 87 percent of U.S. production is in water-stressed areas.

The Midwest drought of 2012, which pushed corn prices to a record $8 per bushel, is "a taste of what is predicted to become the new normal in many parts of the Corn Belt thanks to climate change," the Ceres report said.

Acreage devoted to corn in the United States has doubled in the past two decades, with much of the growth due to ethanol demand. About 35 percent of the nation's crop goes to the additive, which provides 10 percent of U.S. transportation fuel.

Because of its use as livestock feed, corn today is ubiquitous in the U.S. diet. "We use it for everything," Barton said. The largest direct food use by far is high-fructose corn syrup, most of which goes into sweetening soft drinks.

Ceres said soda manufacturers could play a crucial role in demanding corn production that is more sustainable—for example, relying less on water withdrawals and fertilizer use. The report singled out efforts by leading beverage company Coca-Cola Co. to "sustainably" source all of its agricultural ingredients by 2020.

"Crops like those sourced for sweeteners—corn, as well as teas, coffees, and fruits—are really at the heart of our business," said Jon Radtke, water resources sustainability manager at Coca-Cola North America. "Our plan is to get our suppliers, the growers, to be able to produce in a way that is more resilient" to changing weather patterns and increasing drought, he added.

But corn syrup prices might be the least of the soda industry's problems. U.S. consumption of carbonated soft drinks has been in decline for a decade, mainly due to health and obesity concerns, said John Sicher, editor and publisher of Beverage Digest, an industry trade magazine.

By calories, U.S. corn syrup consumption last year was at its lowest point in 20 years, 30 percent below its peak in 1999, according to U.S. Department of Agriculture statistics. Even consumption of diet soft drinks, which at one point surpassed sweetened soda, is falling, said Sicher. The industry, he said, is "dealing with a range of headwinds."

At its most recent conference call for investors, Coca-Cola Chief Executive Muhtar Kent said the company's top goal was to "accelerate sparkling growth," that is, to increase sales of sparkling beverages—no corn syrup added.