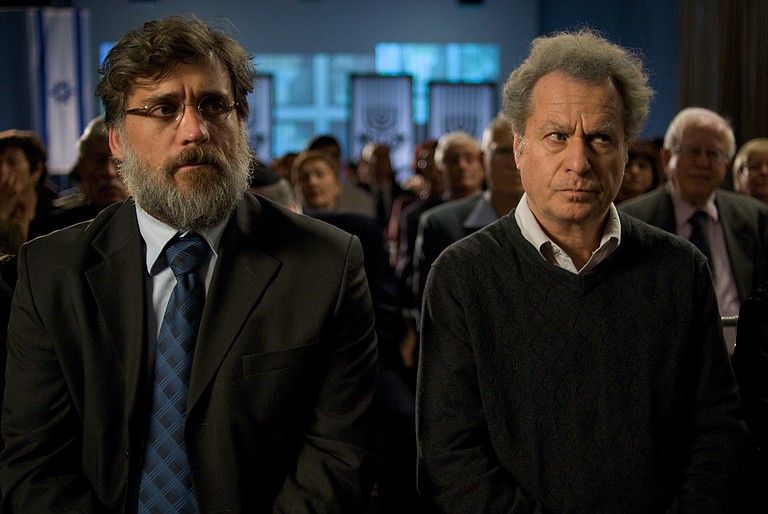 Jewish Cinema Mississippi brings a dose of a different culture to the Jackson area.

The word "Sukkot" means the "season of our rejoicing." Sukkot is a holiday celebrating the 15th day of the month of Tishrei, the seventh month of the year in the Hebrew calendar usually occurring between September and October. The holiday commemorates the 40-year Jewish pilgrimage to Jerusalem, as well as the harvest season. "(Sukkot) is a handbook for how to live, breathe and act as a truly free people," says the description on the Facebook page of the film "Road to Eden: Rock 'n' Roll Sukkot." That film is the grand finale of this year's Jewish Cinema Mississippi. If you plan to attend the festival, here's a guide to the films you can see.

This film follows 11-year-old David, the son of an Imam, who is the worship leader of a mosque and Sunni Muslim community. David befriends a group of Jewish boys who mistake him as a student at their orthodox school. The longer he pretends to be a Jewish boy, the more he risks driving a wedge in his family.

Father and son Eliezer and Uriel Shkolnik are professors who dedicate their lives to studying the Talmud, a collection of ancient Rabbinic literature that formed the basis for religious authority in Orthodox Judaism. When the two learn the Eliezer is to be lauded for his work, their relationship gets even more complicated.

"The Wonders" by Avi Nesher

A graffiti artist, a private investigator and a femme fatale embark on a journey in Jerusalem to rescue a religious figure from Jerusalem. Some believe Rabbi Knafo is a prophet with a direct line to God that allows him to see the future. He turns up in an abandoned apartment in Jerusalem, and the trio teams up to rescue him from his captors.

The film is a documentary about Jewish musician Dan Nichols' journey touring across the south. In 2011, Nichols and his band Eighteen began its Sukkot Tour through the south starting in Pensacola, Fla. Each day during the tour, the band played Jewish rock in a new town, celebrating Sukkot as it went along. Passon showcases the road trip and the meaning of Sukkot. Dan Nichols will perform after the film.