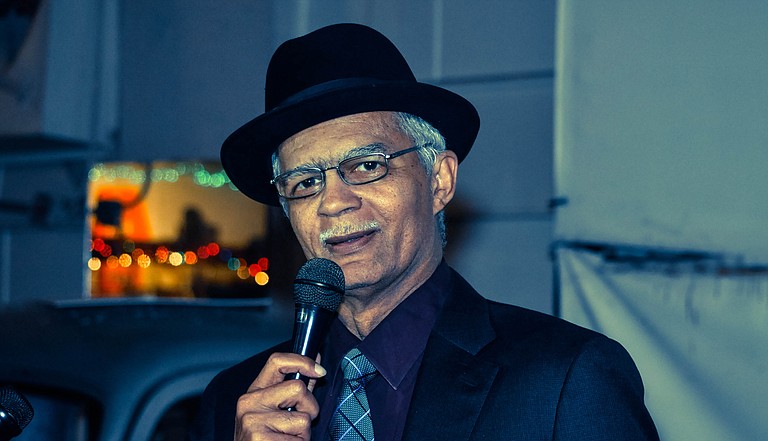 Jackson Mayor Chokwe Lumumba had plenty of reasons to be happy when he took to the podium at The Room Tuesday night—700,000 reasons, to be exact.

Fresh off a landslide win for the local-option sales tax he had pitched for two months—arguably his most ambitious move since taking over the reins at City Hall in July—Lumumba called the vote a win for all Jacksonians.

That may be true, but it's also a big win for Lumumba, who leveraged the goodwill he generated with his mayoral victory to add $700,000 in new revenue to the city's budget since he came into office through sewer and water rate hikes and Tuesday's referendum.

With it, he said, the city can leverage the new funds to rebuild the infrastructure of the city and set the table for the construction of a new economic structure.

"We call it the new economic frontier; that's an infrastructure frontier that we're building in order to expand our economy and give people more jobs," Lumumba said. "We want to create more homeowners, create more businesses. It's what we're about in Jackson. We're going to set an example for the rest of Mississippi, the rest of the country and, if necessary, the rest of the world."

And it wasn't just the fact that the measure won at the poll; it was how it passed, with a resounding "yes" from Jacksonians.

That turnout may seem low—only 15,990 of Jackson's 108,957 registered voters came out—but proponents of the tax say it was higher than expected without a candidate of any kind on the ballot.

"At one time, we thought, because it wasn't a candidate selection, we thought it was going to be a light election," Greater Jackson Chamber Partnership President Duane O'Neill said. "Then when we started seeing the numbers come in this afternoon, we realized it was a pretty heavy vote. It shows the people knew what was on the ballot, and they were interested, and they want to see this community be a better place to live, with better water and better streets, and that's what they're going to have."

Starting today, the next goal is for O'Neill, the city leadership and state figureheads to come to a consensus on the members of a 10-member committee that will oversee the disbursement of the funds, which the city will start collecting two months from Tuesday, on or around March 14.

Lumumba said he'd like to see the commission in place within 30 days.

O'Neill, in his capacity as head of the chamber, must appoint four members to the commission. Lumumba will appoint three members, and Gov. Phil Bryant, Lt. Gov. Tate Reeves and Speaker of the House Phil Gunn will each appoint one member, although Gunn's selection will not have voting power.

The GJCP has had time to prepare, O'Neill said, adding that he believes having the commission in place in the next month shouldn't be a problem.

"I'm confident. So far, the mayor and ourselves have had great working relationships. I know there will be some compromises along the way. We hopefully will continue that spirit of cooperation and answer any questions that come along. We're just looking for folks who are willing to serve on an oversight committee who know they are going to need to really watch where the money goes."

Back in the 60s, we used the term "KILL JOY" and post reading my blog, many may paint me with this title; however, I have some real concerns.

I tried to edit my blog; however, my time expired leaving you with a few mispelled words, i.e., "entities" and a few periods where there should have been question marks.

My point is simply this: The Mayor and Council should be responsible for the identification of projects and the distribution of collected revenue paid in Jackson and mostly by Jacksonians.

Under this unfair Commission, the Mayor, Council and Citizens of Jackson will all fall at the mercy of situations that have proved very negative for Jackson in the past. So, again I ask, "Who is representing Jackson?" WHO, WHO, WHO, WHO?

justjess, it's unfortunate that the voter turnout was low but you can only blame that on the people who didn't vote. They had the same opportunity as the people that actually did vote. People knew about the vote and what it represented and still chose not to exercise their right. Generally, these are the people who do the most complaining.

As someone who wasn't initially inclined to vote yes for the 1 cent sales tax, the lack of other options and the magnitude of the costs changed my mind. This increase, although small in total revenue, will help.

As far as the tax affecting the poor and lower income residents negatively I would have to disagree. It's convenient and easy to make that point but is it really born out in reality with this increase? Generally, if there will be an issue in buying something, 1% is not going to be the amount that will turn that person around. Perhaps its just me.

Jess made some good points, so I wouldn't use "kill-joy" as an appropriate term. I did vote for the tax, though I'm not enthused about raising taxes. However, this type of tax doesn't have to fall entirely on Jackson residents. I don't know why restaurants & hotels were excluded. That would raise revenue more quickly than almost anything.

I don't get why this city has to have a commission to tell us how to spend this money. Has any other city in this state been required to have such a commission? The governor & lieutenant governor can appoint people. Will these appointees be required to be Jackson residents?

It's my understanding that this tax will go into effect in March. Will we start seeing street and water repairs happen immediately, or shortly thereafter?

I would assume that they excluded hotels and restaurants because of the additional taxes already being collected on this revenue.

Yes, the governor and and the lt. governor's selection have to be Jackson residents. JS is correct, there are additional taxes (more than 1 percent) already being levied on restaurants and hotels to pay for the convention center.

As to how long it will take to get the work started, it will likely take them a little time to get a big bond passed to access the money immediately, but city leadership expects public works to be rocking and rolling by the end of the year.

I do hope this 1% tax help propel Jackson into the direction of progress. Infrastructure is very important if the city wants to grow and be attractive for growth. I just hope there are not too many hands in this initiative and the team take it one project at a time to close items timely, professionally and constructively. Maybe after each project, do a Lessons Learned of what occurred and how to better manage/communicate for the next one, if needed. However, crime is still a concern that needs to be address and managed better to support longevity growth. Crime is going to occur, like any population of humans, but can Jackson decrease, control and be proactive on the matter?