Getting Ready for the 1-Percent Sales Tax 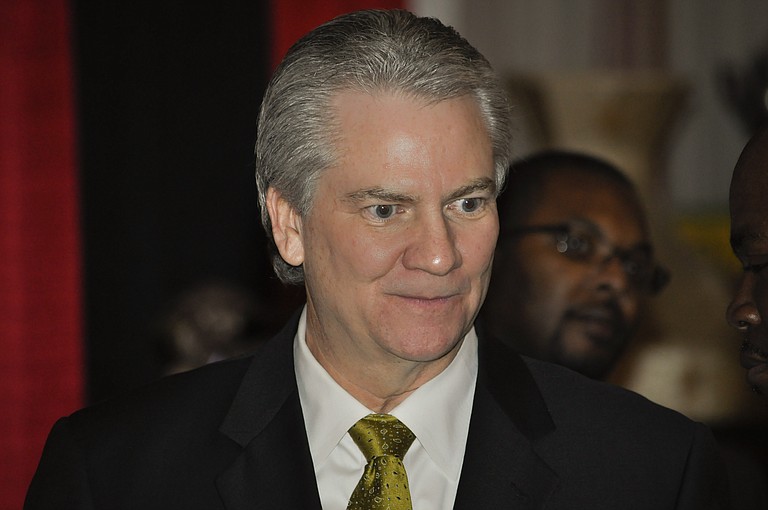 Duane O’Neill and the Greater Jackson Chamber Partnership have developed a list of potential appointees to Jackson’s one-cent sales tax commission. Those appointees could be announced any day now. Photo by Trip Burns.

Businesses across the state have emails in their inboxes from the Mississippi Department of Revenue about accounting for the capital city's 1-percent sales tax beginning March 1.

"We have a much wider audience than just Jackson," MDOR spokeswoman Kathy Waterbury said.

The tax, which Jackson voters approved by a 90 percent landslide in January, is unusual. Waterbury explained that it's a "source" tax. If a business sells or ships goods or delivers services in Jackson, regardless of where that business is located, it will need to add the tax and pay it to the MDOR. In contrast, the department levies most sales taxes without regard to the source of revenue.

Examples of businesses affected could be a furniture retailer in Flowood that delivers a sofa to a Jackson homeowner, or a Bolton electrician working at a business in the city. Both of those businesses will be responsible for collecting the additional 1-percent tax. Grocery and restaurant food sales, cable TV and Internet providers, and hotels and motels are exempt, although utilities are not.

"Sourcing is going to be an issue," Waterbury said, which is why MDOR is reaching out now to inform business owners. The department will also send hard-copy letters to businesses in the counties surrounding Jackson. When businesses file their returns online, the website will ask if the business made sales in Jackson.

The collection piece, while major, isn't the only part of the tax puzzle to resolve. An independent oversight commission must be in place, as well as a plan for spending the estimated $15 million the tax will produce.

The commission has been a thorn in Jackson's side since a narrow, one-vote majority in the state Legislature passed the law in 2011 after rejecting it for several years. The city gets to name only three people to the commission's 10 seats. The Greater Jackson Chamber Partnership will have four members, and the governor, lieutenant governor and the speaker of the Mississippi House of Representatives each will appoint one member.

Former Mayor Harvey Johnson Jr. considered the commission a slap in Jackson's face, demonstrating the Legislature's fundamental mistrust of the city's administration to handle its own business. Adding to the insult, the law says that the chamber's four members must own businesses in Jackson, but do not have to live in the city, and that the commission will be responsible for the spending plan. Johnson believed those decisions belonged to the city. The tax required approval from 60 percent of the city's voters, and he refused to put it to a vote during his tenure.

Mayor Chokwe Lumumba shares Johnson's point of view, and has made his distaste for the commission well known. But the city's crumbling infrastructure takes precedence, as do the wishes of the city's voters.

"I still adhere to the concept that the commission shouldn't be there," Lumumba told the Jackson Free Press during a Feb. 5 interview, but he's working with what he has, suggesting appointees to all parties and asking them to respect his submissions. Lumumba said that the appointees will demonstrate whether the state and chamber believe the city administration is capable—or not.

The mayor announced in September 2013 that he had reached a deal with the chamber to allow the city to name the chamber's appointees. Duane O'Neill, president of the GJCP, sees it differently. O'Neill said that the chamber is considering Lumumba's suggestions, but it would make its own decisions.

At press time, neither the city nor the chamber has announced their nominees.

Lumumba said that the city is hard at work developing a spending master plan for the commission's approval. The mayor hopes to have the plan completed within the next few weeks and said work should be underway by this fall—ideally much earlier. Among the city departments represented on the planning team are public works, finance, economic development and governmental affairs. The city is also evaluating outside entities, including contractors and project managers.

"One of the priorities will be to get to those water pipes. We really can't do much on the streets without knowing about the water pipes," Lumumba said. He added the city will be "beating down the capitol doors" for next year's session to get the contentious commission repealed from the law. Other Mississippi municipalities will be closely watching to see if their cities should advocate for an amendment to the law; currently, Jackson is the only city large enough to be eligible.

But the mayor is optimistic about what the money—and the commission—will provide for Jackson this year.

"I'm expecting the best," he said.

This Admnistration sold Jackson down a river. This is a bad deal! Would we really fall for the excuse of a crumbling infastructure as a reason to take the control of how, when and where the tax dollars will be spent?

The collection process seems like a big enough mess. We can and should do better!