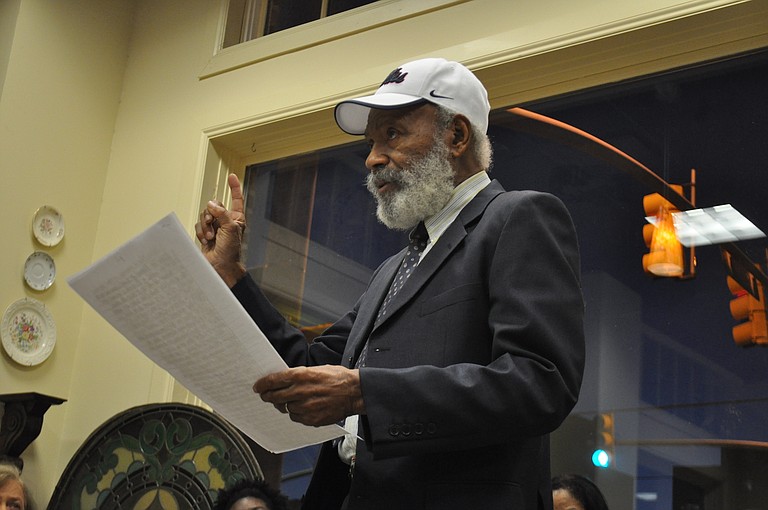 It wasn't until a train ride home from Chicago that James Meredith personally experienced institutionalized racism.

Meredith and his brother had to surrender their seats and sit in the crowded African American section in the back of the bus. After that instance, he chose to dedicate his life to working for equality for African Americans. Meredith is well-known for being the first African American student at the University of Mississippi, enrolling Oct. 1, 1962. Those opposed to his admittance rioted on campus the night before, causing U.S. Attorney General Robert Kennedy to bring in 500 U.S. Marshals, and then President John F. Kennedy to bring in military police, troops from the Mississippi National Guard and officials from the U.S. Border Patrol.

Meredith, a Jackson resident, will receive the Richard Wright Literary Excellence Award at the Natchez Literary and Cinema Celebration for his latest book, "A Mission from God: A Memoir and Challenge for America" (Simon and Schuster Digital Sales, 2012, $25). Astounding authors with a deep Mississippi background receive this annual award.

He and Kathryn Stockett will receive the award at 10:30 a.m. Feb. 22 at the Natchez Convention Center, as a part of the Natchez Literary and Cinema Celebration.

NLCC celebrates its 25th year with "60 years and Counting: Voices of the Civil Rights Movement," Feb. 20-23.

The event comes 60 years after Brown v. Board of Education, when the U.S. Supreme Court declared segregation in public schools unconstitutional, and 50 years after the passing of the Civil Rights Act, which outlawed public discrimination based on race.

"It seemed appropriate to present him with this award, which focuses on this era he was so prominent in," says Jim Barnett, director of the historic properties division at the Mississippi Department of Archives and History.

Several other speakers and award recipients will be present, including Duncan M. Gray Jr., a retired bishop of the Episcopal Diocese of Mississippi who helped try to calm down the riots at Ole Miss in 1962, and Kathryn Stockett, Jackson native and author of "The Help," who will receive the second Richard Wright Literary Excellence Award. The event will also have films, music and other art forms influenced by the Civil Rights Movement.

"I believe by coming to this conference, people can gain a considerable insight into the civil rights era in Mississippi and the South," Barnett says. "They can hear people who were active in the Civil Rights Movement talk about their past experiences during that time."

The Natchez Literary and Cinema Celebration is Feb. 20-23. Most of the NLCC events are free of charge. Visit visitnatchez.org for more information.