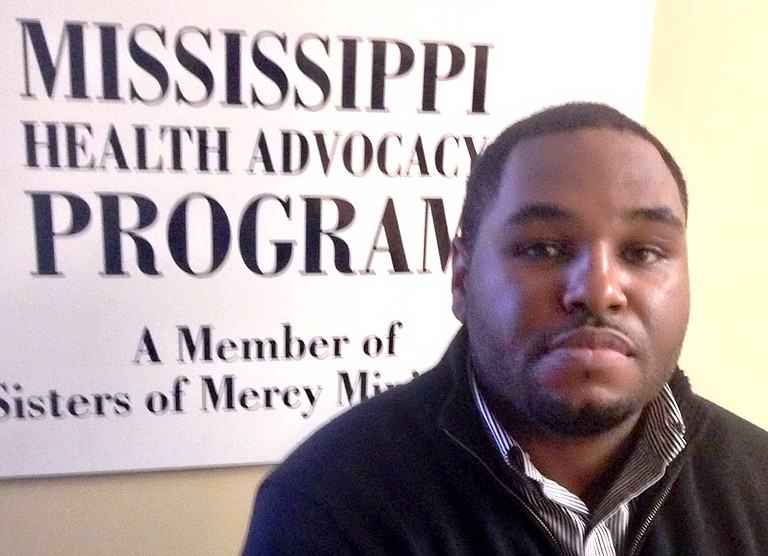 Jarvis Dortch, program manager for the Mississippi Health Advocacy Group and a marketplace navigator for the Affordable Care Act, says many people don’t know that the ACA is the same as “Obamacare.”

Mike Jones (not his real name) didn't have a lot of confidence that the Affordable Care Act would do him much good. A self-employed truck driver, Jones, 61, had good reason to be skeptical: The health-insurance plans he had found previously were way out of his financial reach, so he had remained uninsured. If he got sick, he would go to a clinic where a sliding scale allowed him to pay what he could for health care.

Nonetheless, he was willing to find out. So he gathered his tax documents and showed up at the desk of a marketplace navigator, someone trained to help people enroll in new plans under the ACA. He was in for a pleasant surprise.

"It turned out he qualified for a plan that (costs him) about $20," a month, said Jarvis Dortch, one of Mississippi's navigators. "He came back about two times, because he thought, 'This can't be right.'"

But it was. With his new plan, Jones will pay a small co-payment for doctor visits, but he is fully covered for preventive care. Those benefits are basically the same for all of the 22 plans offered between Humana Health Insurance Co. and Magnolia Health Plan in Mississippi.

Dortch is a lawyer at the Mississippi Health Advocacy Program, an organization that has for years provided information about the 2010 federal law, also known as "Obamacare." About 20 MHAP navigators are working under a grant from the Kellogg Foundation. The organization also works with a state-wide faith-based coalition called Get Covered Mississippi (getcoveredms.org), which is dedicated to educating consumers about the law and getting them health insurance.

Oak Hill Missionary Baptist Church, in Hernando, which leads the Get Covered coalition, received a federal grant of $317,742 to fund about 60 navigators who work mostly in the Mississippi Delta. Michael Minor, pastor of Oak Hill, said many others work as volunteer "application counselors." The University of Mississippi Medical Center received a $831,986 grant under the program, which totaled $37 million nationwide. The grants cover expenses for enrollment events, and television and radio ads.

It's a lot of ground to cover. Minor likened the effort to the biblical parable of Jesus stretching a few loaves of bread and seven fishes to feed a crowd of 5,000.

Navigators have a tough fight against an onslaught of misinformation coming from the law's conservative opponents—congressional Republicans have attempted to repeal the law some 40 times—and a rumor mill enhanced by social media and an "infotainment" industry that many believe is delivering honest news.

"Most people don't know anything about (the law)," Dortch said.

Many don't even know that the Affordable Care Act is the same thing as "Obamacare." A September 2013 CNBC poll highlighted that confusion; 46 percent of respondents had a negative opinion of "Obamacare" versus 37 percent for the ACA. Thirty percent of those polled didn't know enough about the ACA to have an opinion, versus only 12 percent for "Obamacare."

"Some people don't even think it's still the law in Mississippi," Dortch said.

Adding to the confusion was legislation that attempted to nullify the federal law in Mississippi, Gov. Phil Bryant's decision not to expand Medicaid, and the U.S. Department of Heath and Human Services' denial of the state's application to run its own health-insurance exchange. Many citizens don't know that a federally run exchange is operating in the state, or that private companies are offering the plans.

The numbers of enrollees in Mississippi tell the story. Of some 31,000 eligible for insurance coverage under the law, nearly 13,000 would also receive financial assistance. But by Dec. 28, 2013, only 8,000 Mississippians had selected a plan. Nationally, enrollments by that date were disappointing, with only 2.3 million enrollees of the estimated 7 million expected.

The fact that the healthcare.gov website didn't work for most people when it rolled out Oct. 1, 2013, didn't help, and neither did the widely reported recriminations of the law's opponents, who declared the entire program a disastrous failure because of the website's early problems.

By January, Mississippi Insurance Commissioner Mike Chaney was still unenthusiastic about the exchange.

"From zero through 10, I'd give it a confidence level of about a three," he told Mississippi Public Radio's Jeffery Hess. When Hess responded that the level was still "not very good," Chaney replied that his confidence increased somewhat over a couple of weeks when it was at a one.

The exchange website is working well now, Dortch said, and he estimated that most enrollees should spend no more than 20 minutes to enroll for health-insurance coverage. Although he doesn't have exact numbers, he believes that about a third of the people who come to navigators in Mississippi qualify for Medicaid assistance, even though the state has chosen not to expand its program at this time.

Navigators are also seeing people who don't qualify for anything. Those individuals make too much money to qualify for Medicaid under the current Mississippi guidelines (or they're childless, which automatically disqualifies them) and don't earn the minimum to buy a plan under the ACA, which is 138 percent of the federal poverty level. In Mississippi, that may be as many as 140,000 to 160,000 individuals.

"We have a lot of patients who don't qualify," said Nancy Stewart of the Jackson-Hinds Community Health Center. JHCHC also has people trained to register patients through the exchanges.

"There's no way community health centers should have this load," of uninsured people, Stewart added. She remains an advocate for expanding Medicaid and the ACA.

"It's a good thing, and all those who qualify need to apply," she said.

Updated figures from the non-partisan Congressional Budget Office indicate that at least 6 million Americans will purchase a plan by March 31, the deadline to buy a plan for 2014. While that's still short of initial estimates, it's far better than the law's detractors would have people believe.

The CBO report also indicated that more than 2 million Americans may opt to leave jobs or reduce their hours. Before the ACA, insurance companies could deny new coverage or increase rates to unaffordable levels because of pre-existing conditions. Those limitations tied many people to full-time jobs because their employers provided health insurance. Now, those individuals can afford to work fewer hours, retire earlier or even start new businesses, which will reduce the workforce, the CBO report said.

Pastor Minor said that many people are convinced that the government provides the plans under the ACA. They don't realize they will be buying insurance from private companies.

"It's regular insurance," he said, adding that he and his wife have purchased plans through the exchange. "(People) are walking out with plans under $100 a month," he said. He and Dortch have both seen people who will pay less than $1 a month.

Minor and Dortch are still working for Mississippi to expand its Medicaid program, which obligates the federal government to pay 100 percent of the states' expansion costs through 2017, scaling down to paying 90 percent of costs by 2020.

"I hope to put ourselves out of a job," Minor said.

Congratulations to the navigators and everyone working to enroll Mississippians for health-insurance under the Affordable Care Act. By the end of February, enrollments in the state more than http://www.jacksonfreepress.com/news/...">doubled, to 17,350.