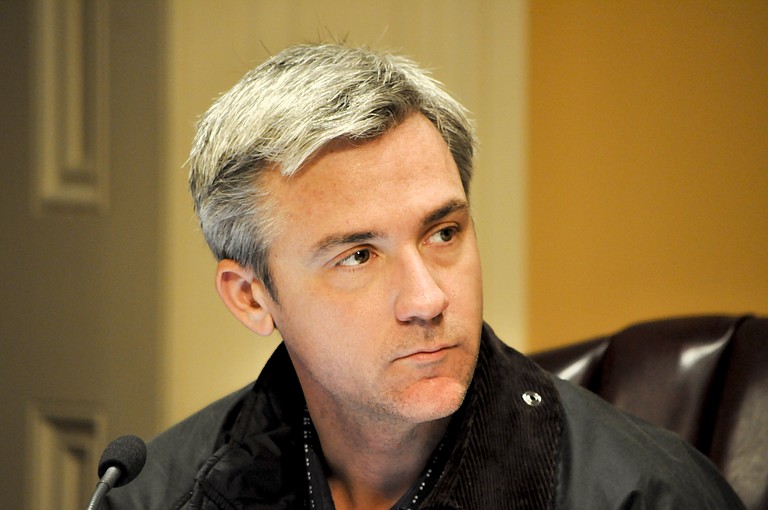 By the time this year is over, it's possible that Jackson will have had two mayors, two police chiefs and, despite the fact that it is not a regular election, three new members of the city council.

In August, Ward 1 Councilman Quentin Whitwell made the surprise announcement that he would step down from his seat before finishing out his second term. Whitwell said he submitted a formal letter of resignation, effective Oct. 31, to the Jackson city clerk's office.

[Update: Sources say Whitwell has now made his resignation effective Oct. 7, 2014, apparently to facilitate scheduling the special election. The announcement came on the same day that Republican Charles Barbour announced his bid for the seat. -- Eds.]

A statehouse lobbyist who joined the city council in 2009, Whitwell would be the third successive Ward 1 councilman to resign in the middle of a term. Previous Councilman Jeff Weill left early to run for a county judge's seat and, before that, Ben Allen resigned suddenly, citing health issues for the decision before taking the president's position at Downtown Jackson Partners.

Whitwell told the Jackson Free Press this week that when he first ran for the seat, it was a good time, but that in recent months other personal and professional pursuits had to take priority. Among those is the opportunity for his son to be trained under tennis coaches at the University of Mississippi.

"The job of city councilman is very time consuming but you'll never hear me complain about that," Whitwell said.

In the coming months, Whitwell and the other members of the city council will busy themselves preparing Jackson's half-billion-dollar budget. Whitwell said he would like to continue making improvements to Parham Bridges Park, located in his ward, and help sort out "a few tedious legal matters" on several economic-development projects he declined to name.

Whitwell also declined to talk specifics about who might replace him as northeast Jackson's representative on the city council, but said his replacement should have patience, know how to build coalitions and choose his or her battles carefully.

"A lot of times, offline conversations to put things on the right track are better than public disputes," he said.

After Whitwell steps down, the city would have to hold a special election to fill his northeast Jackson seat. Ward 3 Councilwoman LaRita Cooper-Stokes is also running for Hinds County judge in the November general election.

Jackson has already held one special election this year to fill the Ward 6 council seat that Tony Yarber vacated when he won election to Jackson mayor. Tyrone Hendrix, who manages political campaigns for a living, took Yarber's Ward 6 seat.

After the retirement of Chief Lindsey Horton in mid-July, city officials announced a national search for a permanent replacement. Longtime Assistant Chief Lee Vance was tapped as interim chief and has expressed interest in leading the department.

Jackson's approach to BRAVE is different than how it was conceived. Both are long-term strategies, but Baton Rouge's program calls for more community-based policing, based on the Ceasefire model used in some 50 cities around the country of building relationships with residents and, sometimes, gang leaders.

What Jackson is doing is more shock-and-awe. "It gives people a choice — straighten out, or we well incarcerate you," Vance told the Jackson Free Press.

Jackson's BRAVE program, which JPD calls a long-term commitment, includes "quality of life" issues that residents often complain about, including dilapidated and abandoned homes, Vance said. The Yarber administration recently reorganized some city departments and moved building code enforcement to the police department to give the city more power to punish homeowners who do not maintain their properties.

As of press time, the police-chief job posting was no longer on the city's website. Shelia Byrd, city hall communications director, said Mayor Yarber was in the process of reviewing several applications the city has received.