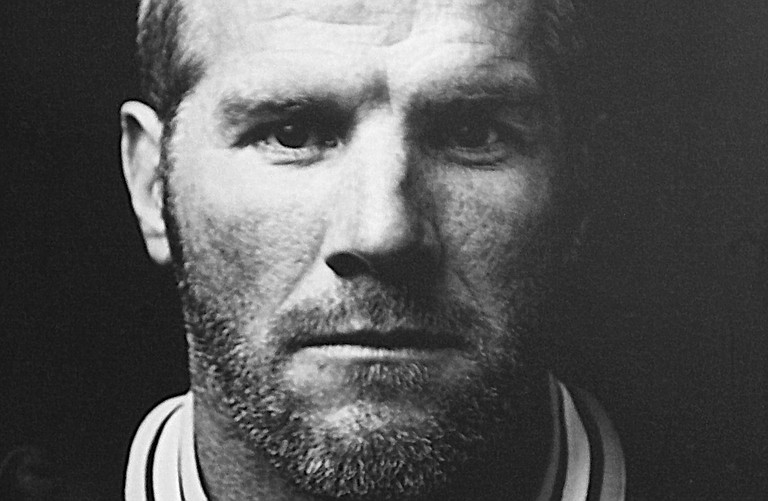 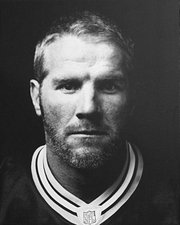 This summer is shaping up to be a summer of sports makeups following messy breakups. It started with LeBron James returning to Cleveland as the city and basketball star renewed their lovefest, and now, the Green Bay Packers have reached out to their prodigal son, Brett Favre.

The Packers and Favre jointly announced that they are inducting the quarterback into the Packers Hall of Fame and will retire his number 4 on July 18, 2015. The team will unveil his number in Lambeau Field sometime during the 2015 season.

Favre spent 16 seasons with the Packers, leading the team to back-to-back Super Bowls and winning his first and only title in Super Bowl XXXI with a 35-21 win over the New England Patriots. Green Bay played in Super Bowl XXXII but fell to the Denver Broncos 31-24, and Favre lost to Hall of Fame quarterback John Elway.

After winning three straight MVP's from 1995 to 1997, Favre became one of the greatest players in Green Bay history. He reached nine of his 11 Pro Bowls as a Packer and built the bulk of his 297 consecutive starts while wearing the green and gold of Green Bay.

The former Southern Miss star set just about every record a quarterback can own during his career, and most of them he set as a Packer. Before leaving Green Bay, Favre finished his Packers career with 442 passing touchdowns, 61,655 passing yards, 5,377 completions and 8,758 attempts—all NFL records at the time.

Things began to sour between the Packers and Favre when the Green Bay quarterback began his offseason tradition of considering retirement before deciding to play, which started around the 2006 season.

In expectation of the future Hall of Famer's retirement, Green Bay had already drafted Favre's replacement, Aaron Rodgers, in 2005. But Favre didn't or couldn't walk away from the game and things turned extremely messy in the summer of 2008 between the club and the player.

Favre announced his retirement in March of 2008 but decided in July that he wanted to return for the 2008 season. The Packers were set on moving on with Rodgers as the starting quarterback but wouldn't give Favre his unconditional release to sign with any team.

Eventually, the Packers traded Favre to the New York Jets for a fourth-round draft pick that escalated based on Favre's performance. The decision to move on at quarterback split the Packers' fanbase between those who wanted Favre to stay in Green Bay and those who wanted the team to hand the reins over to Rodgers.

The Old Gunslinger only played one season in New York as the Jets finished the season 9-7 and failed to qualify for the playoffs. Favre further upset Packers fans when he signed with division rival the Minnesota Vikings.

Favre almost led the Vikings to the Super Bowl in the 2009 season before falling in the NFC Championship Game against the New Orleans Saints, who went on to win the Super Bowl. His second season in Minnesota didn't go as well as the first, since the Vikings struggled to a 6-10 record. The season saw Favre's consecutive start streak end.

On January 11, 2011, Favre officially retired from the NFL. The new concussion protocol the NFL adopted ended the career of Favre, who started his career having his name mispronounced when drafted by the Atlanta Falcons in the second round with the 33rd overall pick in the 1991 NFL Draft.

During a career defined by his boyhood enjoyment of the game and his penchant for making plays that left fans both breathless and scratching their heads, Favre helped restore Green Bay to their winning ways. Favre could win a game with a spectacular throw or lose it with one of his patented late game interceptions.

Favre defeated every team in the NFL, but few remember that his first pass in the NFL, when he was with the Falcons, was an interception returned for a touchdown. He was both captivating and infuriating with his play on the field, and those emotions could come in the same game or even on the same drive.

The Packer's making up with Favre is also well timed, since he will surely be a first-ballot Hall of Famer for the Pro Football Hall of Fame when he becomes eligible in 2016, five years after his retirement. It makes sense for Green Bay to bring Favre back into the fold before he gets his gold jacket.

Even though some fans still have harsh feelings for Favre, the bulk of the Green Bay fans will the enjoyable 16 seasons he had as a Packer. The time is right to bring Favre home again and celebrate his place on the team.