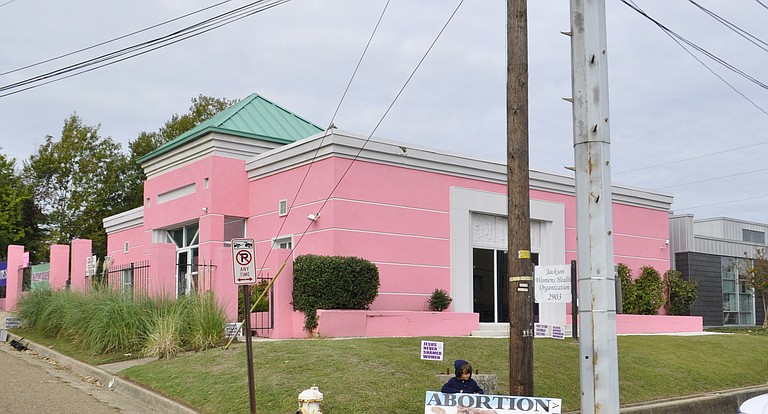 The future of Mississippi's only abortion clinic is in the hands of a federal appeals court.

At issue today, before the 5th U.S. Circuit Court of Appeals in New Orleans, is a 2012 Mississippi law requiring any physician who does abortions at a clinic to have admitting privileges at a local hospital. Jackson Women's Health Organization (JWHO) has been unable to obtain them.

JWHO's doctors currently providing abortions are board-certified OB-GYNs, but no local hospital has granted them admitted privileges. Several hospitals affiliated with religious groups would not process the applications, citing internal policies prohibiting abortion care. Others indicated they did not want to draw negative publicity.

The University of Mississippi Medical Center told JWHO that only UMMC faculty could obtain privileges there.

These denials triggered a lawsuit from the clinic and its attorneys at the Center for Reproductive Rights. That suit resulted in U.S. District Judge Daniel Jordan issuing an injunction barring the state from imposing criminal and civil penalties on the clinic doctors and staff before the law could take effect. Now, Mississippi officials want that injunction removed.

Julie Rikelman, CRR's litigation director and the attorney arguing on the clinic's behalf today in court, called the Mississippi law "unconstitutional" and having a potentially "devastating impact."

"If it is allowed to take effect, Mississippi will become the first state since Roe v. Wade without a single clinic offering safe, legal abortion care. Women across the state will be plunged back into the dark days of back-alley procedures that Roe was supposed to end," Rikelman said through a news release.

“This is a blatant violation of women’s constitutional rights and an imminent danger to their health and well-being. We are hopeful that this court, like the district court that blocked the law, will continue to protect Mississippi women’s ability and constitutional right to safely and legally end a pregnancy without having to cross state lines.”

The clinic remains open. In late March, the 5th Circuit upheld a Texas law that requires admitting privileges, but there remains more than 20 clinics still operating in Texas.

If some published comments reflect the true feelings of the Court of Appeals, the MS statue may be stricken down. In the case that does not happen, there should be contingencies. CROWDFUNDING: raising monies to raise a new women's health center in Jackson. Design competitions for the new Center - meeting the requirements of the statute - can be held at MS State, University of Tennessee, University of Arkansas and Tulane University schools of architecture, to name a few. Crowdfunding may also be utilized to start a fund for women needing services, who could be without them if the Jackson clinic closes. COMMITMENT: Get Phil Bryant's, Tate Reeves' and Jim Hood's churches to start a full range of human services, to serve mothers and families of these children now brought into the world. CREDENTIALING: Give fully qualified physicians who wish to provide a safe medical procedure, the medical credentials to do so under the statute. Stop the political bait and switch!

Mississippi has an abortion fund that the Mississippi chapter of the National Organization of Woman started a year ago. It helps women pay for abortions (and barriers to getting to their procedure like child care or gas) and Plan B contraception. We have done online fundraising and are currently working on becoming part of the National Network of Abortion Funds (NNAF). One of the reasons we have not used a system like gofundme is they take up to 10% of the money donated and frankly we need every penny donated for the women we help. If you or anyone else is interested in donating PLEASE go to our paypal page tinyurl.com/mltpq6y

As far as credentials for doctors it's not for a lack of trying on the part of the clinic. The doctors who work there are board certified Ob/Gyn's. The more important point is admitting privileges are unneeded and meaningless. They don't protect women at all. First off abortion has a very low complication rate. Second the clinic has a transfer agreement with a local hospital. This means the hospital already agrees to accept and treat any patient if there is an emergency. Just like any health emergency when you go to the hospital and are treated by the doctors on staff at the hospital and your doctor calls and checks in. They may or may not come to see you. Even if you believe admitting privileges are a good thing what good would admitting privileges do the women who don't live in Jackson? What if a complication arises once they go home? They aren't going to come back here for treatment in an emergency. So bottomline this is all a smoke screen to create hoops so lawmakers have a cause to close the clinic.

We need to tell our lawmakers we have had enough of TRAP laws (targeted regulations of abortion providers) and that it's time for the Governor to stop playing politics with reproductive healthcare. We support Mississippi women and families-full stop.