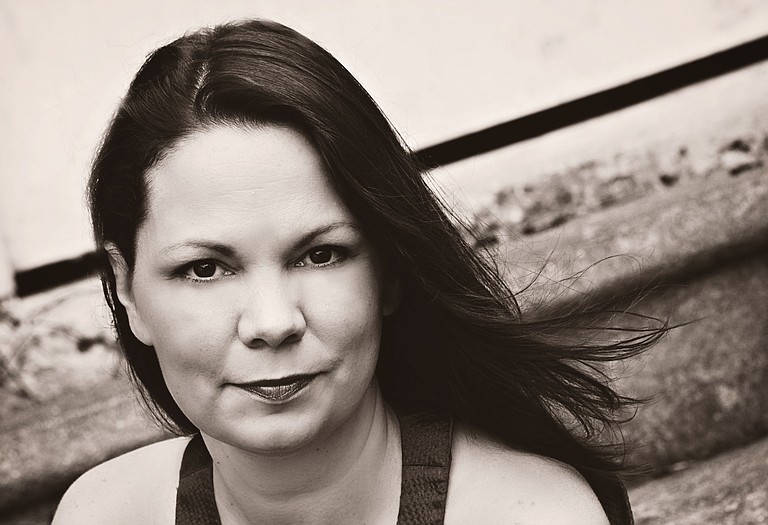 The first time Juniper Wallace read the script for "The Laramie Project," she was overwhelmed.

"I had to take it in pieces, actually, but one of the things that spoke to me the most is the honesty of each one of the characters," Wallace says. The play is about how community members in Laramie, Wyo., reacted to the murder of Matthew Shepard there because he was gay.

When Wallace, a wife and mother of three, heard that the Fish Tale Group Theatre wanted to perform the piece in Jackson, she knew she wanted to be a part of it. "This is a very, very important story, and the story of Matthew Shepard needs to be told," she says.

Wallace has known John Maxwell, the founder of Fish Tale, for years through the Jackson theater community. In January 2013, Maxwell asked Wallace if she wanted to design costumes for Fish Tale's production of "Bill W. and Dr. Bob," a play about the start of Alcoholics Anonymous, which the group performed last March. For "The Laramie Project," Maxwell cast Wallace in the play, and like everyone else, she plays multiple roles.

"I think it ends up being about eight all together," she says. "I have a couple of little small pieces, and then I have a few recurring roles that happen several times during the production. They're all very, very distinct characters (covering a) very wide spectrum, from a DJ all the way to a Baptist minister."

The play has eight cast members, who play many of the people in Laramie that Moises Kaufman and members of the Tectonic Theater Project interviewed in the wake of Shepard's death. Shepard died after Aaron McKinney and Russell Henderson beat and tortured him, leaving him tied to a fence in Laramie, Wyo.

Though McKinney and Henderson were not charged with a hate crime, the death of Shepard led to the eventual passing of the Matthew Shepard and James Byrd Jr. Hate Crimes Prevention Act in 2009, which amended a 1969 legislation to add crimes motivated by gender and gender identity, sexual orientation and disability to the law. White men tied Byrd to their vehicle and dragged him to his death in Jasper, Texas, because he was black.

The amendment also says that a victim no longer has to be doing something that is federally protected, such as voting or attending school, and, among other things, it gives federal authorities the ability to investigate hate crimes local authorities won't.

Wallace, who has a bachelor's degree in theater, is an Advanced Placement English teacher at Northwest Rankin High School, where she's been since 2008. She says that her students and the community have responded positively to the play.